Home› Suggestions and Requests
UPDATE: A new Hotfix (v32.2.3) is now being released to address this issue. Please keep an eye on your App Store for this update to address the below issue.

One Simple Change to Improve the Worst Champs in the Game

AxeCopFire Posts: 1,115 ★★★
November 2018 edited November 2018 in Suggestions and Requests
Some of the worst (Hulkbuster, Iron Patriot, Colossus) and most mediocre (Iron Man, Superior Iron Man, War Machine) champs have the Armor Up buff as one of their main abilities. One of the reason they are considered so bad is because the Armor Up buff and the armor stat in general do almost nothing. Here's why:

An artifact of version 12.0 and the subsequent back-tracking of many of the 12.0 changes, was that it left critical hits bypassing almost all armor. Kabam was going to implement a system of critical resistance, block penetration and armor penetration where every character would have varying degrees of these stats... but everyone hated it, so they removed them. You can still see these stats on every champion's info screen but they are all set to zero.

Because of this abandoned system, we were left with just critical hits and armor, with critical hits bypassing more armor than the designers of 12.0 ever intended.

This is also the reason that the Pure Skill mastery is worthless, because critical hits basically already ignore all armor anyway.

Let me show you: 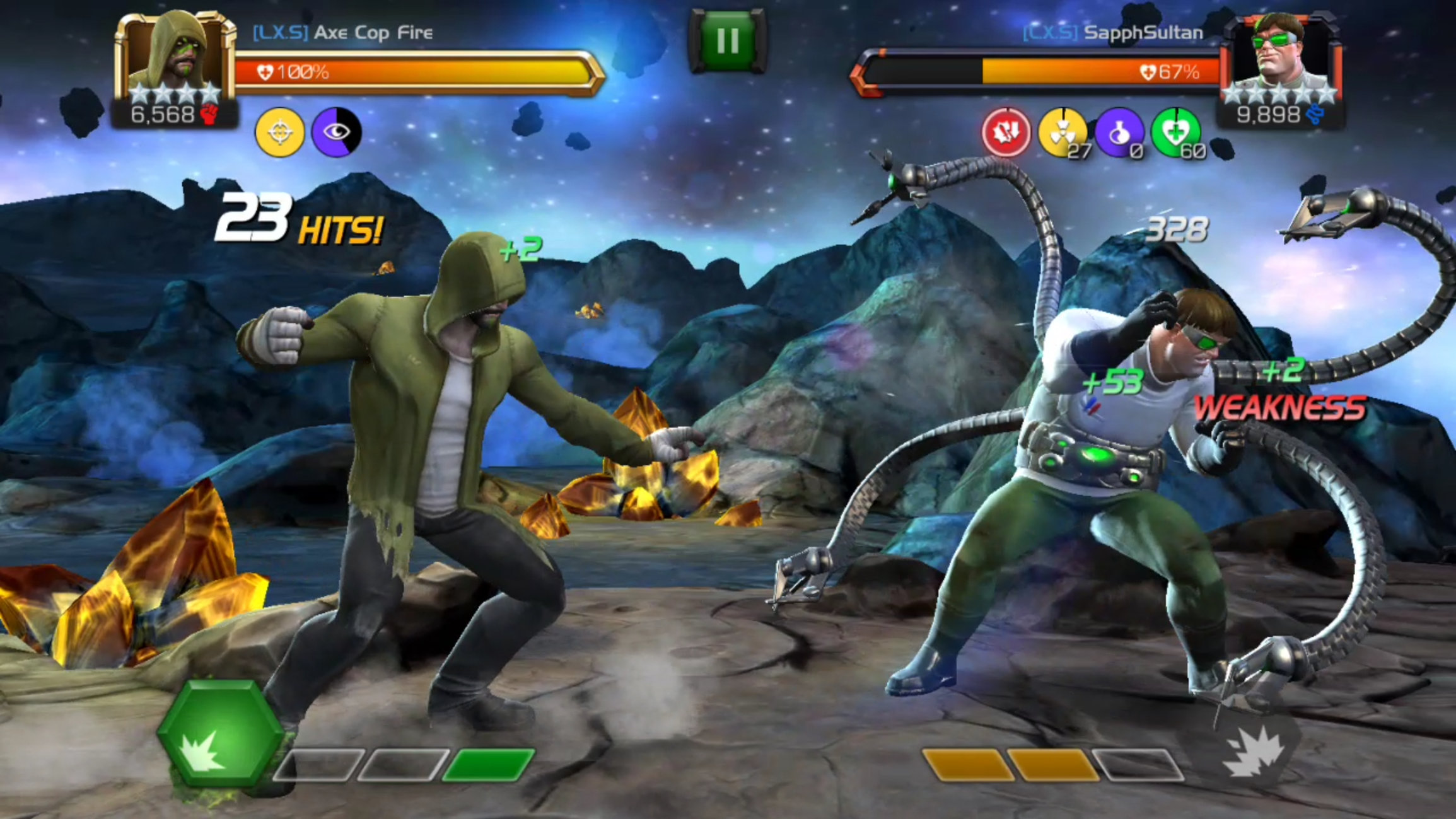 Here is Karnak with True Strike (which ignores all Armor) using a light attack on Dr. Octopus with an Armor Up buff on. 328 damage. 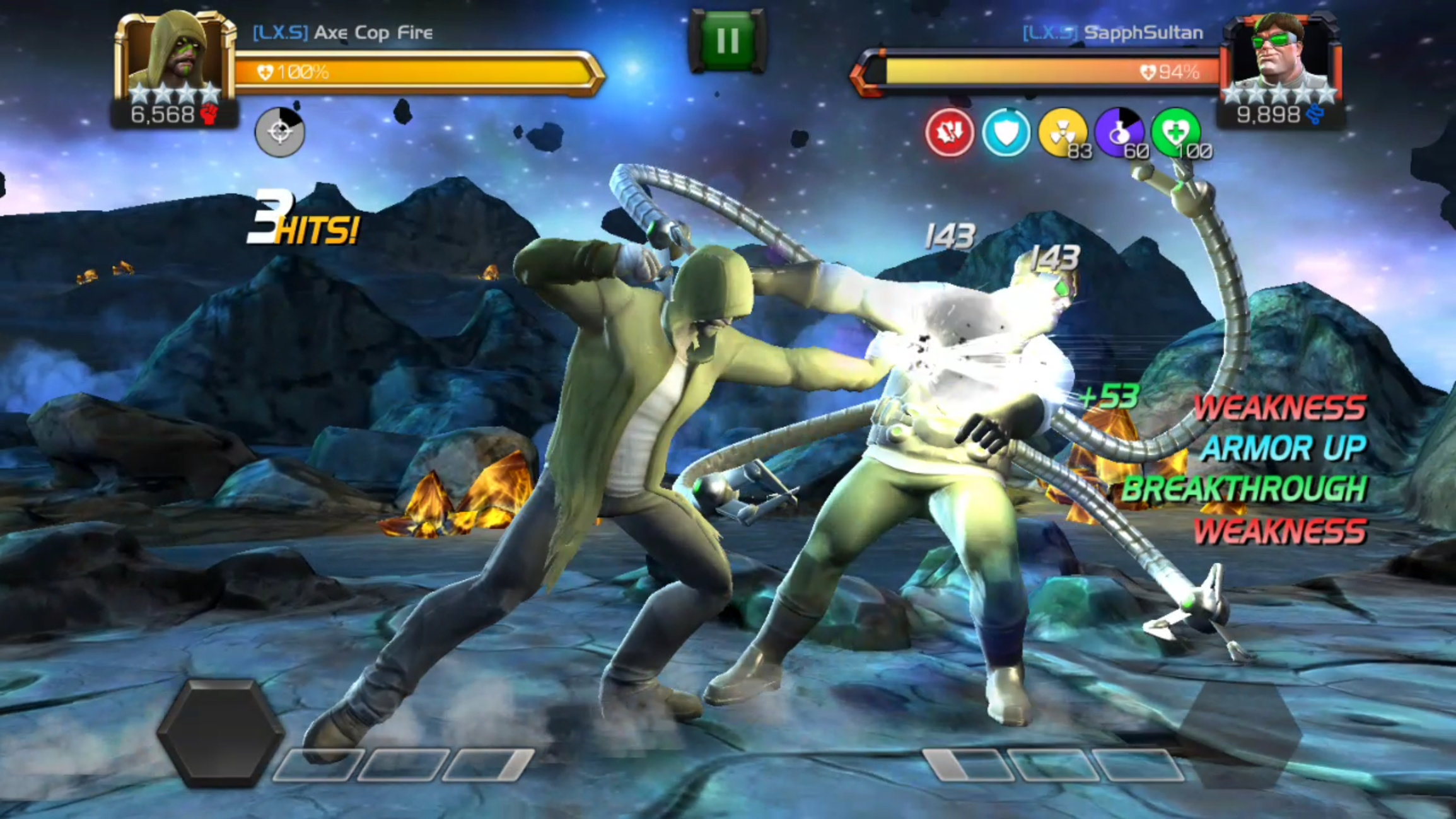 Here's Karnak with no True Strike using a light attack on Dr. Octopus with an Armor Up buff on. 143 damage.

Dr. Octopus' armor stat and Armor Up buff are reducing the damage by about 57%

Now here are those same hits, except as critical hits: 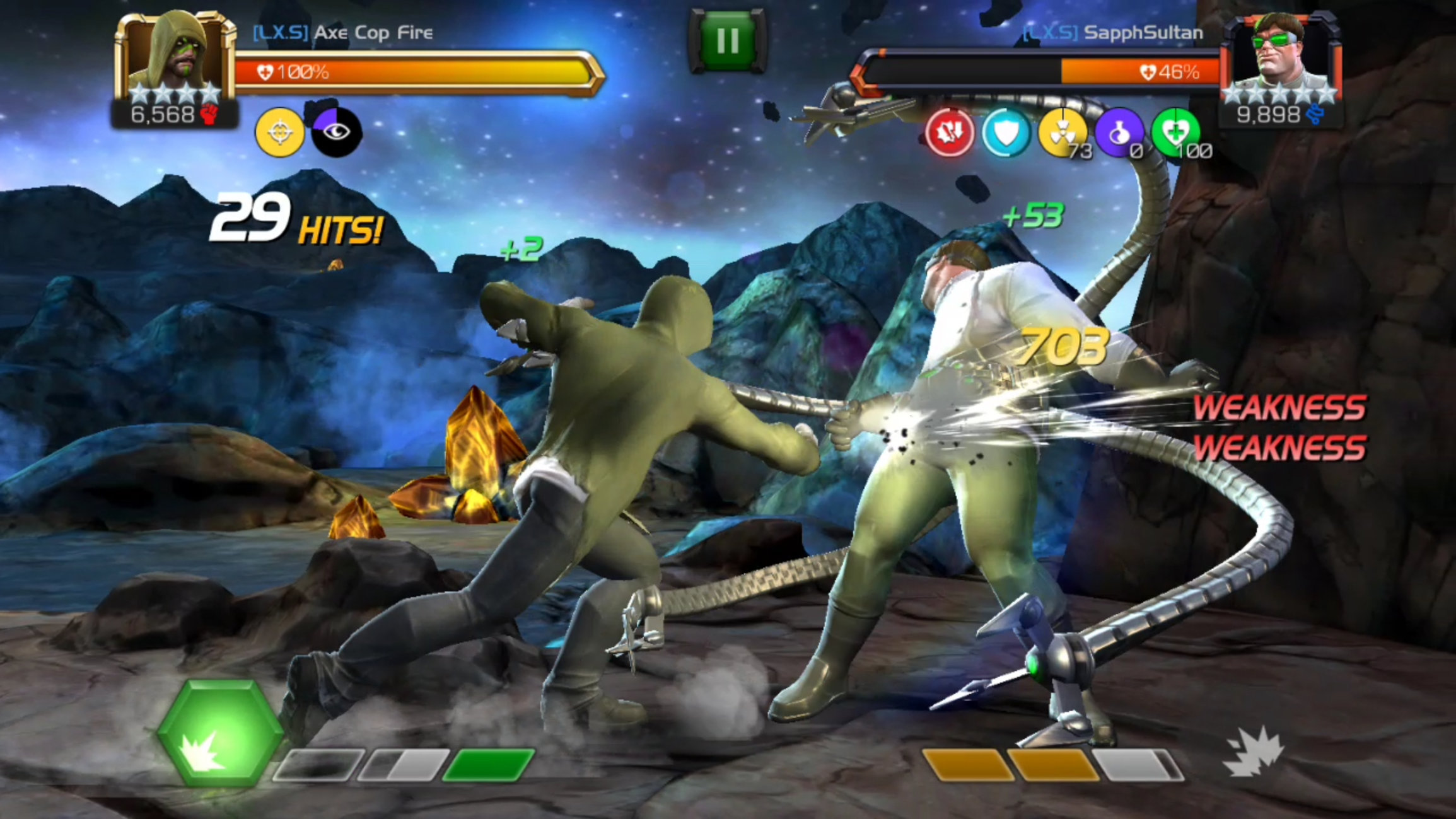 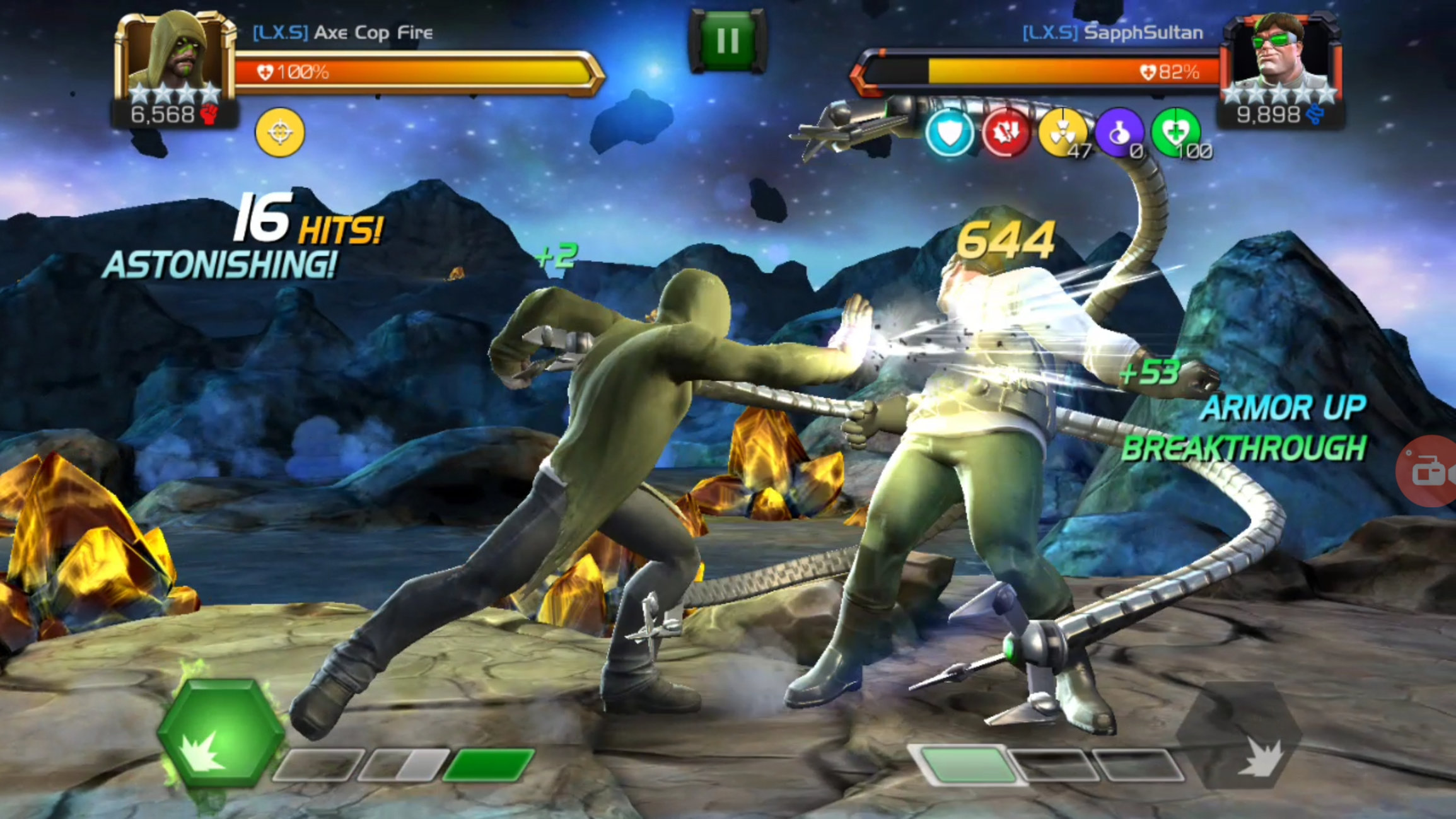 Critical light hit (no True Strike) vs Armor Up. 644 damage.

Armor only reduces the damage by about 8% in the case of a critical. In other words critical hits ignore around 85% of the damage reduction of armor (I'm not real great at math so someone correct me if that number is way off).

So, heres what I think would be a super simple, and possibly easy change (I don't know for sure how easy, because I didn't program the game) to greatly improve some of the most awful, useless and reviled champs in the game. Give the Armor Up buff a built in critical resistance of whatever amount Kabam feels is balanced, similar to the way that the Poison and Incinerate debuffs have secondary effects built into them (heal reduction and block proficiency reduction, respectively). From my experience, I almost feel that giving giving Armor Up built in critical immunity would probably even be pretty balanced... maybe a little extreme in some cases, but considering how terrible most Armor Up based characters are, it might actually give them value.

Having critical resistance when they have the Armor Buff on would greatly improve character's such as Hulkbuster, especially as defenders in war, and this change wouldn't carry over to one certain character who is already an amazing defender (Infinity War Iron Man) because he doesn't gain Armor Up buffs, he gains Armor Passives; NOT the same thing! This change would also make Pure Skill slightly less worthless... but not by much, but still...