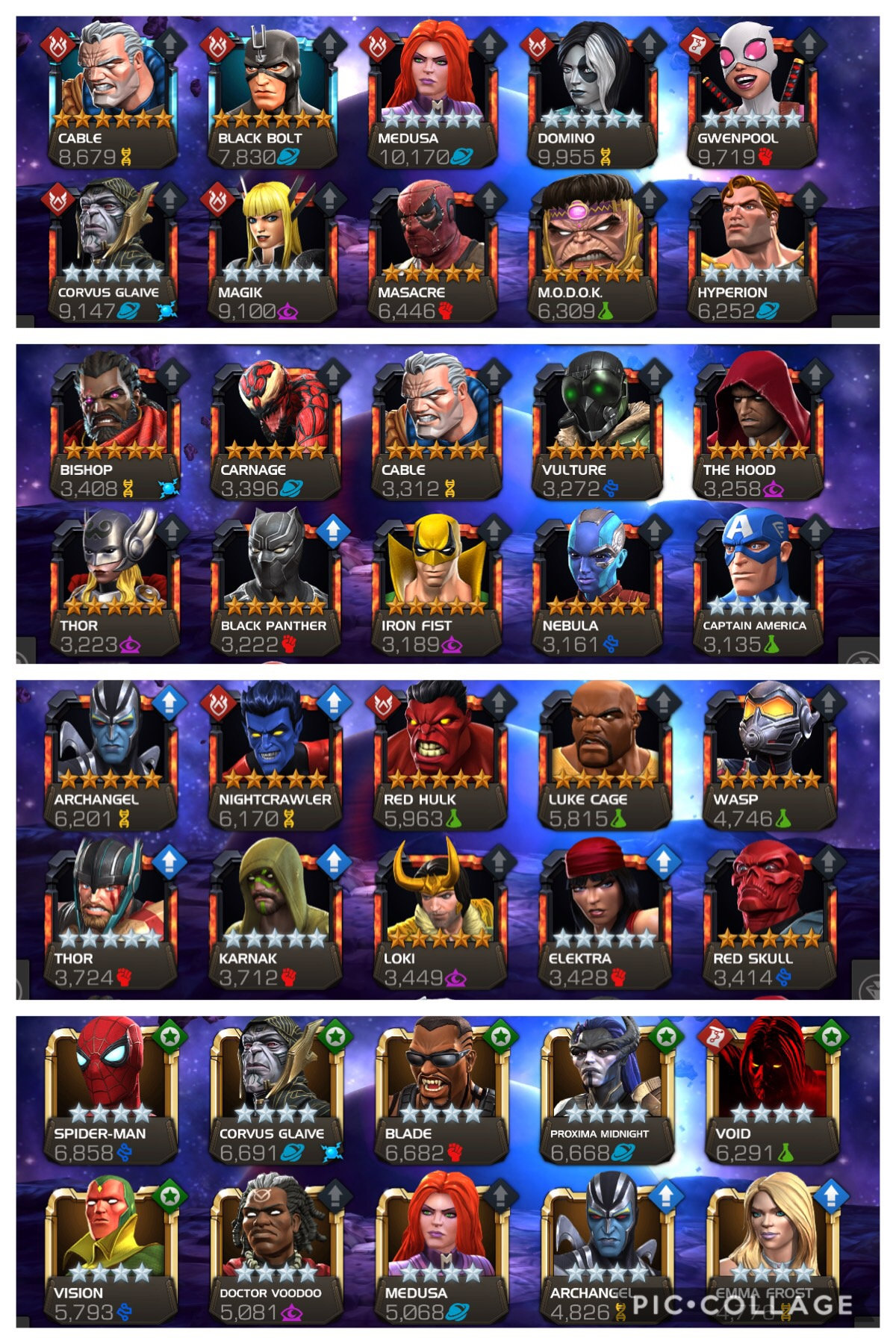 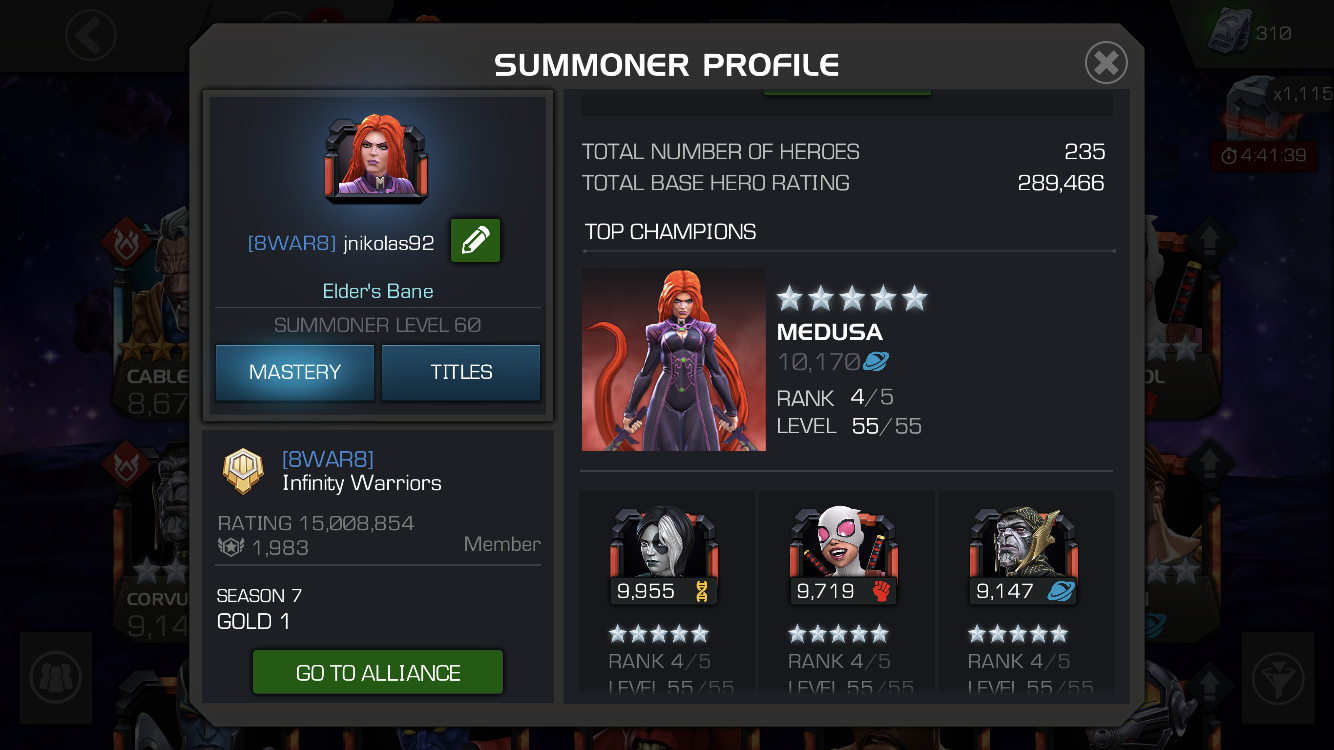 Welp...downloaded this game on January 20th of last year after reading an article about Marvel’s leading mobile game.
It’s been a cool experience so far, met and connected with some awesome people around the world and grew with the same crew for about 10 months.
5months in, I became Uncoected and i set the goal to get to Elder’s Bane before the year mark, and to my surprise...was able to get it with a few weeks to spare!
Recently joined a Gold 1 alliance to push my gameplay forward and Ive had a blast playing at a higher level.
The new goal going forward is to knock out my first run of LOL by the end of February!
Going to R5 a 5* at the end of the week...
most likely going with Domino to help me achieve that.
if you’ve read down to this point of the post..thanks for your time and good luck battling!