Welderofortune2 Posts: 139 ★
January 2019 in General Discussion
So this is going to be a bit of a ramble, you have been warned. So a season ago we were riding at gold 3 the air was clean and all was right with the world, then we were matched against a platinum alliance. No idea how it happened, we fought our hardest but lost, no biggy win some lose some. The next mach up was also a platinum, we were totally destroyed some of their attackers were higher then our lower members node/boosted placed defense, It was horrible. 4 or 5 guys jumped ship declared us cursed, we pushed on recruited some more guys and once again was matched with a gold 1. Before we lost some of our guys, it may have been a fair fight but we were trying to break in new recruits and lost again. More people left 5 or 6 this time, including 2 of our officers.

Things went downhill from there we had a core group of heavy hitters about 8 guys that toughed it out. The rest were filler our leader made a call to recruit a bunch of guys to get us back up to our 3 bgs. There were some disagreements and another officer bailed, while raw recruits flooded into our alliance. Bringing us to 3 bgs but we were not in peak fighting shape. We fought and lost, as things began to get messy a few of us with other accounts joined so we could at least clear nodes not having to rely on the newbies. So the newbies jumped paths and caused more havoc. Our leader realized something had to be done and started kicking and recruiting at a insane pace, it was doomed to be two little to late.

We are now silver 2, a withered shell of the alliance we once were. And in the last AW we were once again placed against a gold 2 alliance that bulldozed us. The last few heavy hitters that we once had, have left this morning there are only 6 of us left out of our once thriving alliance. We still have 28 members but most are unknowns who we are still trying to get a handle on. It may be we are in fact cursed I don't know, maybe someone offended the great and mighty RNG. The reason I am passing this story on is as a cautionary tale, do not risk your alliances integrity by welcoming anyone in and tying to keep up with what you once had, if you take a hit take a season and rebuild while you still have a known group of guys.

Last but not least this is a picture witch sums up our woes very well, stay classy and stay together. 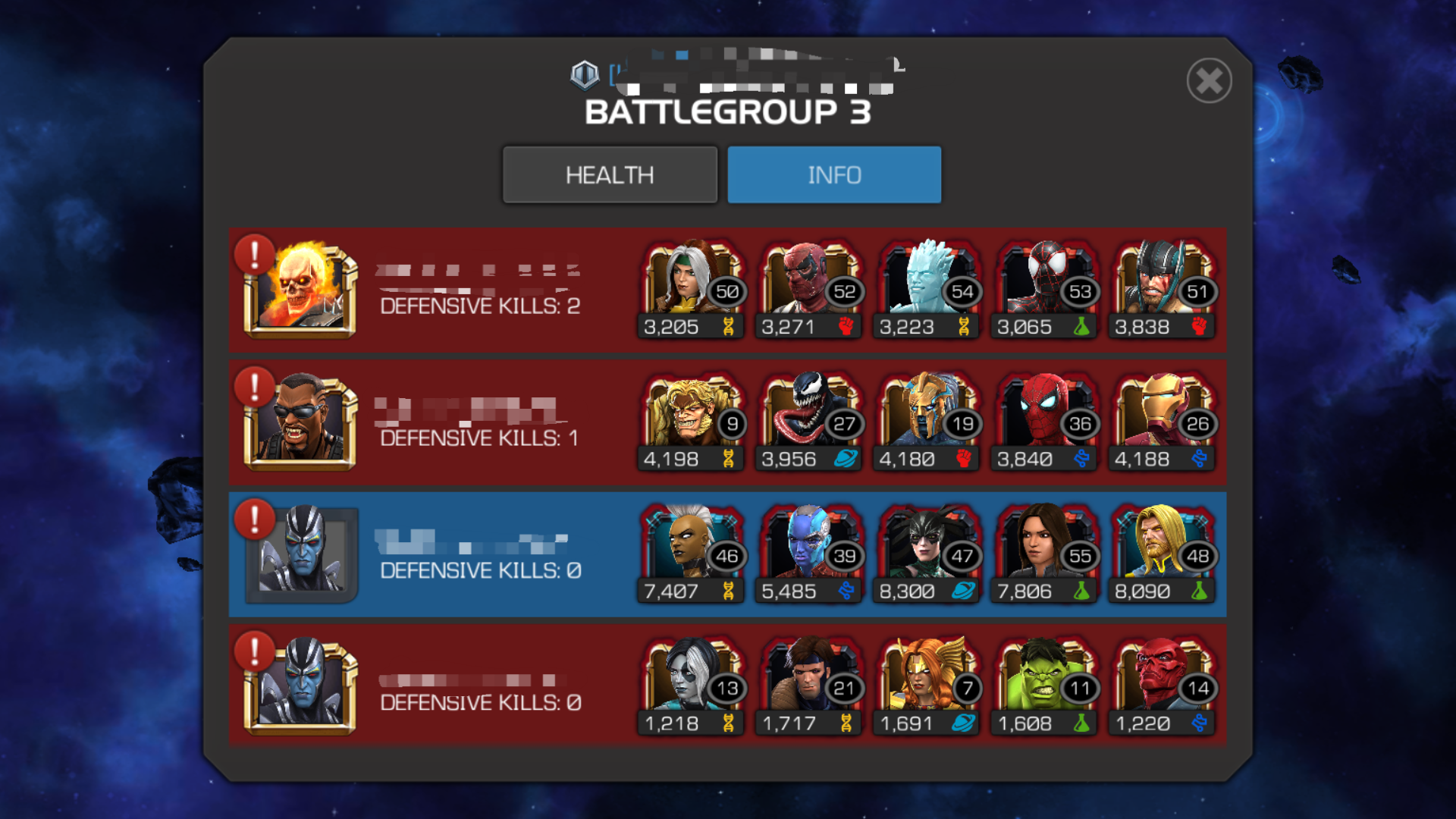