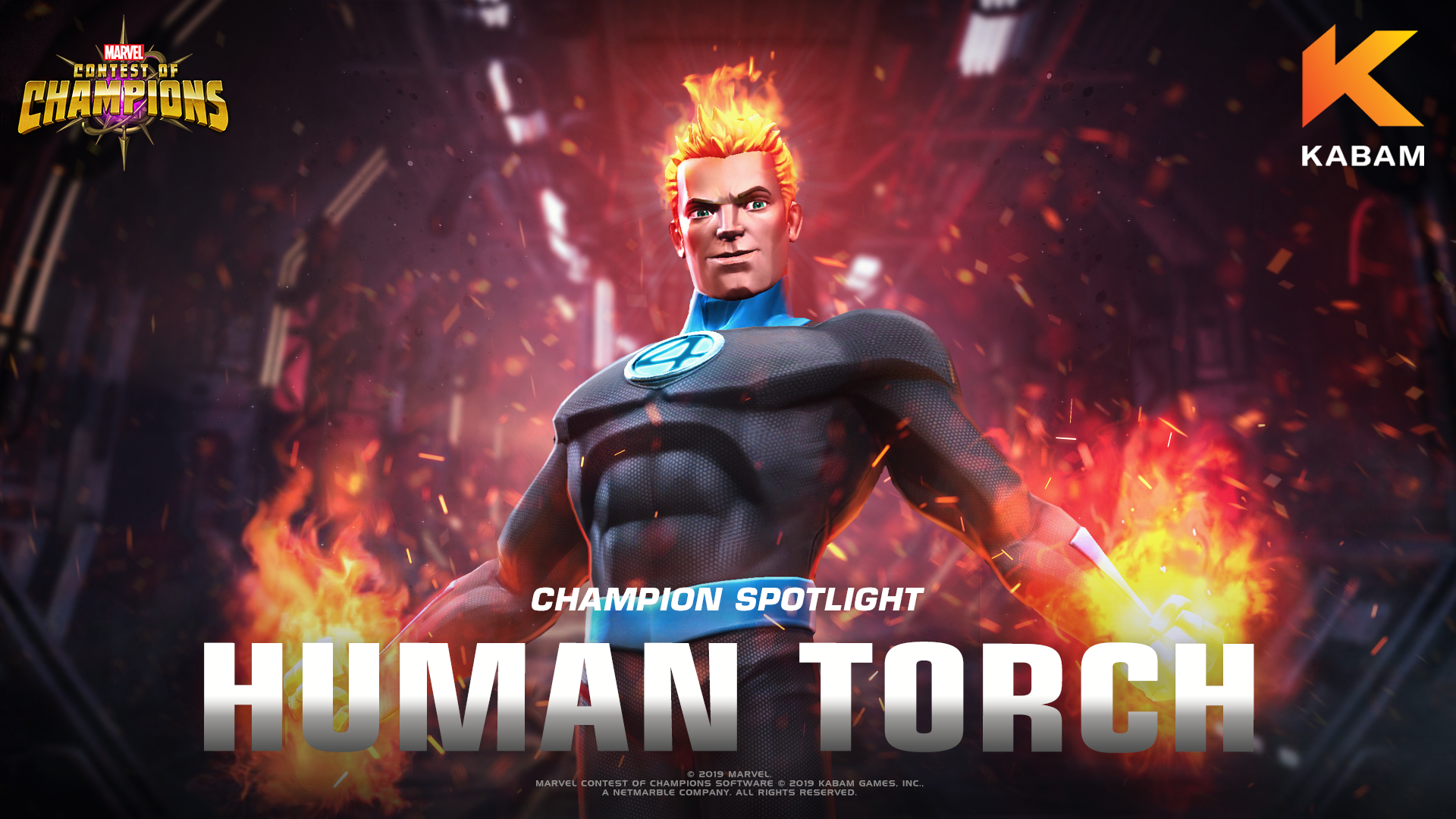 HUMAN TORCH SUMMARY
Human Torch can Incinerate the Opponent with almost all of his basic and special attacks, dealing lots of damage over time. By amping up his Temperature, he can also enter Nova Form, strengthening his Incinerates and letting him bypass Incinerate immunity.

STRENGTHS
Mystics, especially Mephisto Energy Damage WEAKNESSES
Incinerate Immunity, ex. Red Hulk Long-duration Bleeds, ex. Nick Fury PASSIVE
IMMUNE TO INCINERATE, COLDSNAP AND FROSTBITE Dev Notes: Smoulders can be generated in a few ways. The more of them Johnny has, the easier it is to maintain his Temperature, his Incinerates deal more damage, and he has a greater chance to Incinerate the Opponent when he’s struck.

FLAME ON! - PRE-FIGHT ABILITY Dev Notes: Pre-Fight Abilities are a new type of ability that we’re debuting with Human Torch. They can be activated on the Champion Select screen before a fight, and will affect different Champions in different ways. For Human Torch, it improves his Incinerates for the entire fight, but the ability can only be used once per Quest (unless you regain the Persistent Charge via his Signature Ability).


TEMPERATURE Dev Notes: The easiest way to generate Temperature is to Stun the Opponent with the Parry mastery, then charge a Heavy Attack while they’re stunned. Once it reaches 20, you have a window of time to put a bunch of Incinerates on the Opponent that last much longer than normal.

INCINERATE Dev Notes: These Incinerates are able to put an Opponent’s Regeneration Rate into the negatives, so they will take damage instead of healing.

INOVA FORM NOVA FLAME Dev Notes: Nova Flame Passives deal the same damage and last for the same duration as the Incinerate they’re replacing. In addition to the effects listed here, they can also bypass an Opponent’s immunity to Incinerate. And with the number of Incinerates Johnny is able to apply in a short period of time, it’s possible to build up a lot of Power Stings very quickly.

WHEN ATTACKED - CONTACT Dev Notes: No, that 0% isn’t a typo. The chance for this ability starts off small, but since Smoulders never expire, once Human Torch has a few of them the Opponent is going to Incinerate themselves on most, if not all, of their contact attacks.

WHEN BLOCKING OR ATTACKED 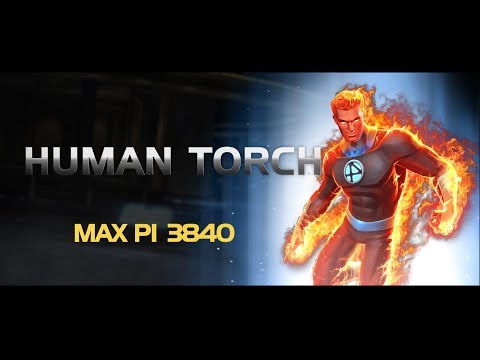 TURN UP THE HEAT - Unique Synergy

A SONG OF FIRE AND ICE - Unique Synergy