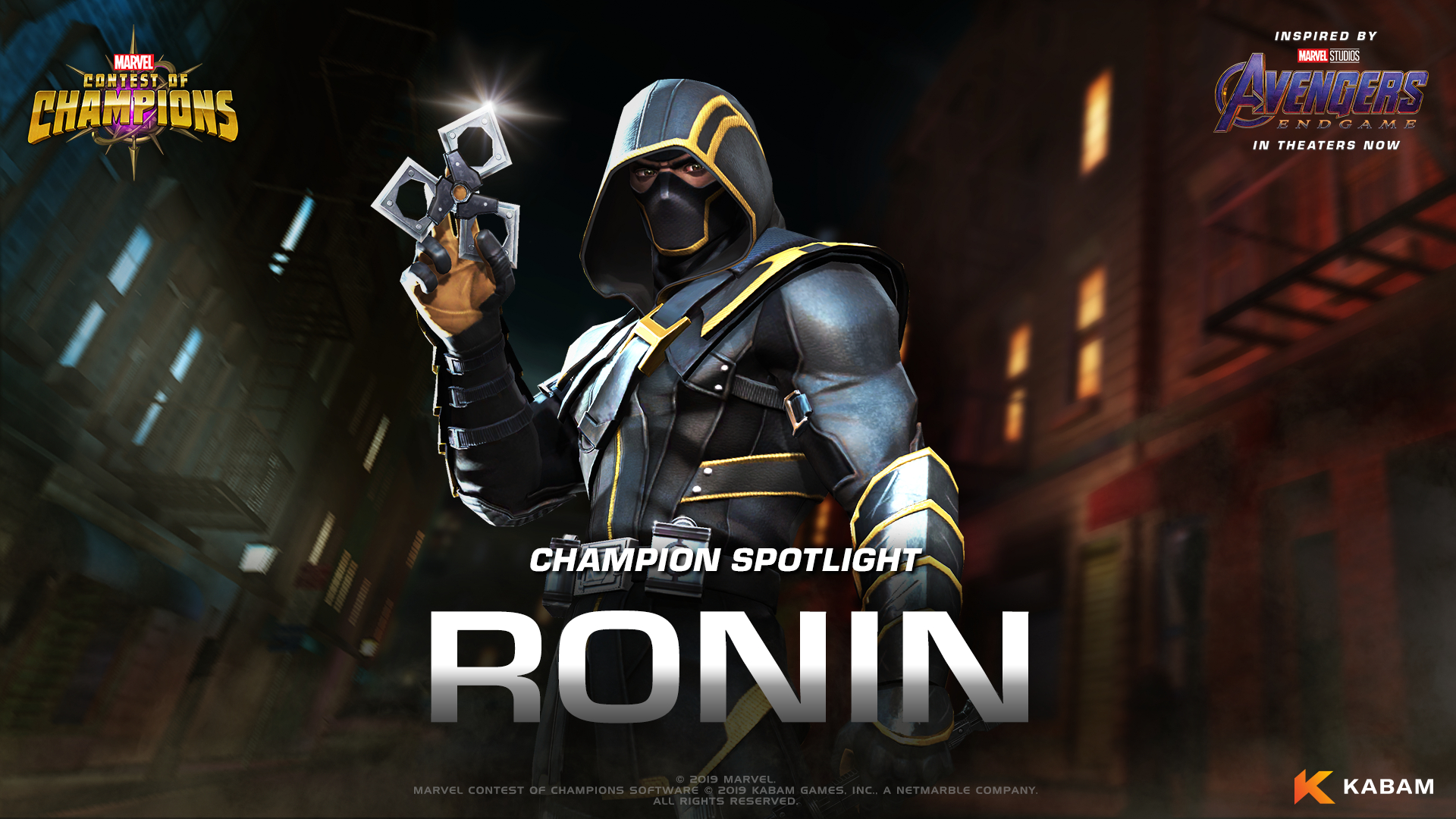 On May 2, 2019, The Contest of Champions welcomes its newest Champion - Ronin! Stay ahead of the game by reading his bio (below) and watching his Special Moves video.

ABOUT RONIN
Following the events of Avengers: Infinity War, Clint Barton is drawn out of retirement to don a new alter ego, Ronin -- A lawless assassin with a piercing sword and incredible fighting skills who mercilessly brings criminals to justice around the world.

STRENGTHS
On-Demand Evasion Utility Mobility and Intercepts WEAKNESSES
Playstyle Purify and Immunities
PASSIVE Dev note: Champions who force their opponents to Miss or rely on Evades will increase Ronin’s damage. This also gives Ronin a faster route to his Signature Ability as Cruelty from Misses and Evades stack with Cruelty Ronin gains in his Stances. 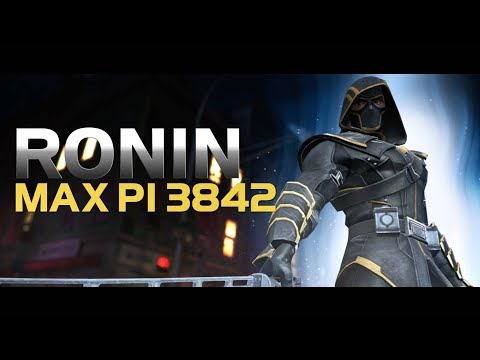 LIVE AND DIE BY THE SWORD - Unique Synergy