Voluntaris Posts: 1,133 ★★★
June 2019 in General Discussion
It's 2 weeks before next AW season starts ... weren't the new AW maps supposed to be live today? (we matched and it's still old AW map) 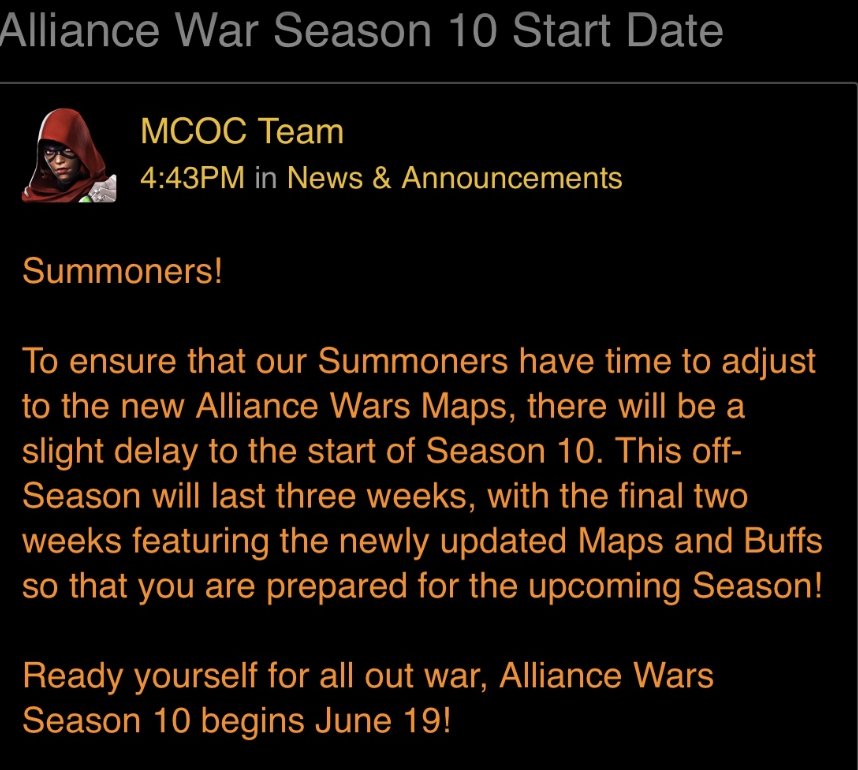