I have added Karnak to the synergy team 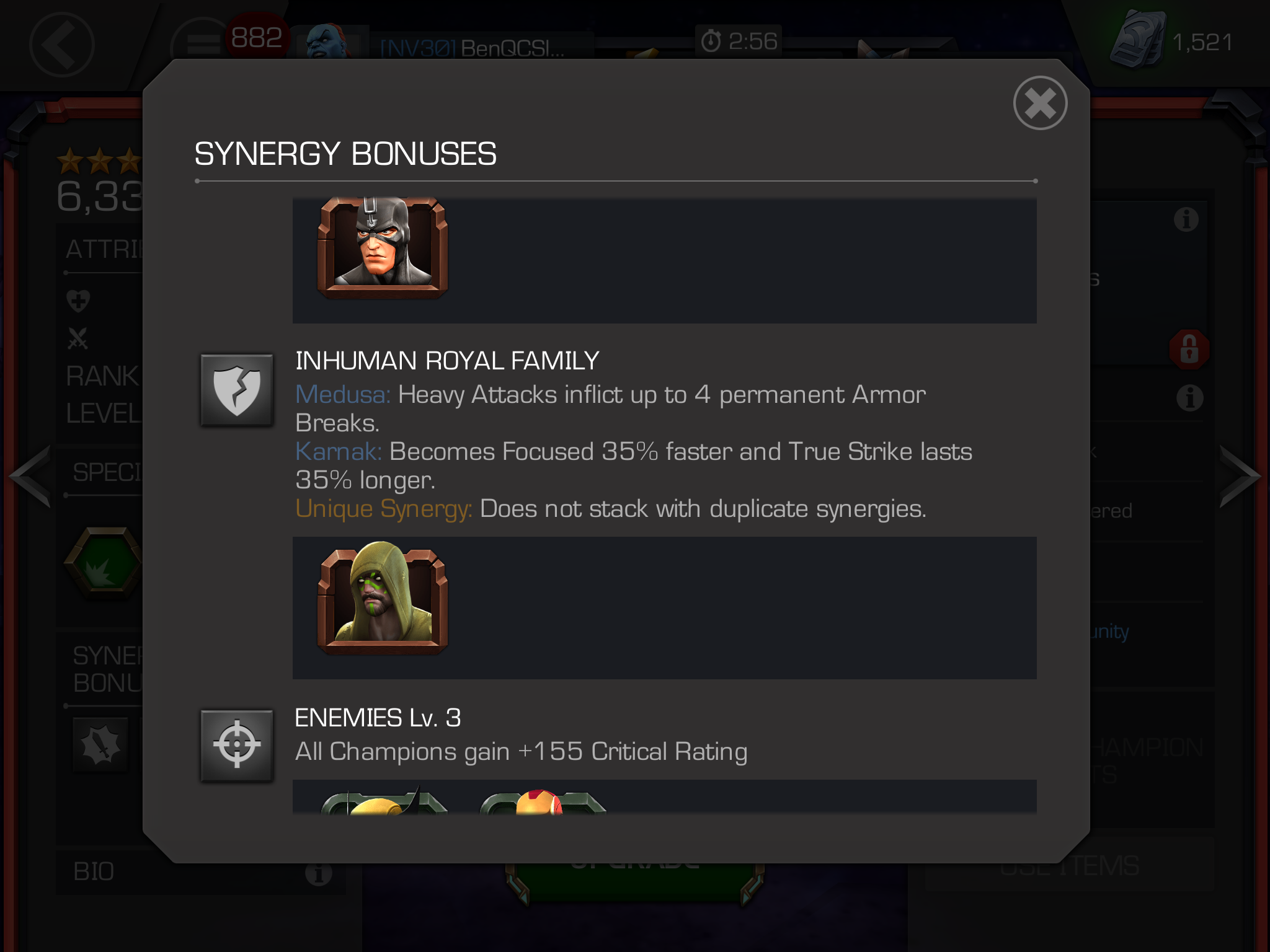 So Karnak would in theory give up to 4 PERMANENT armor break buff following a Heavy hit from Medusa.

After I applied the 4 permanent armor break, i proceeded to apply 2 more for the Armor Shatter.

When the armor shatter expires, all armor break debuffs disappeared and I have to throw in more Heavy attacks to get the armor break and eventually another armor Shatter debuff.

Anything I should know about why the « permanent » armor break disappear or is it a bug?
0
Sign In or Register to comment.