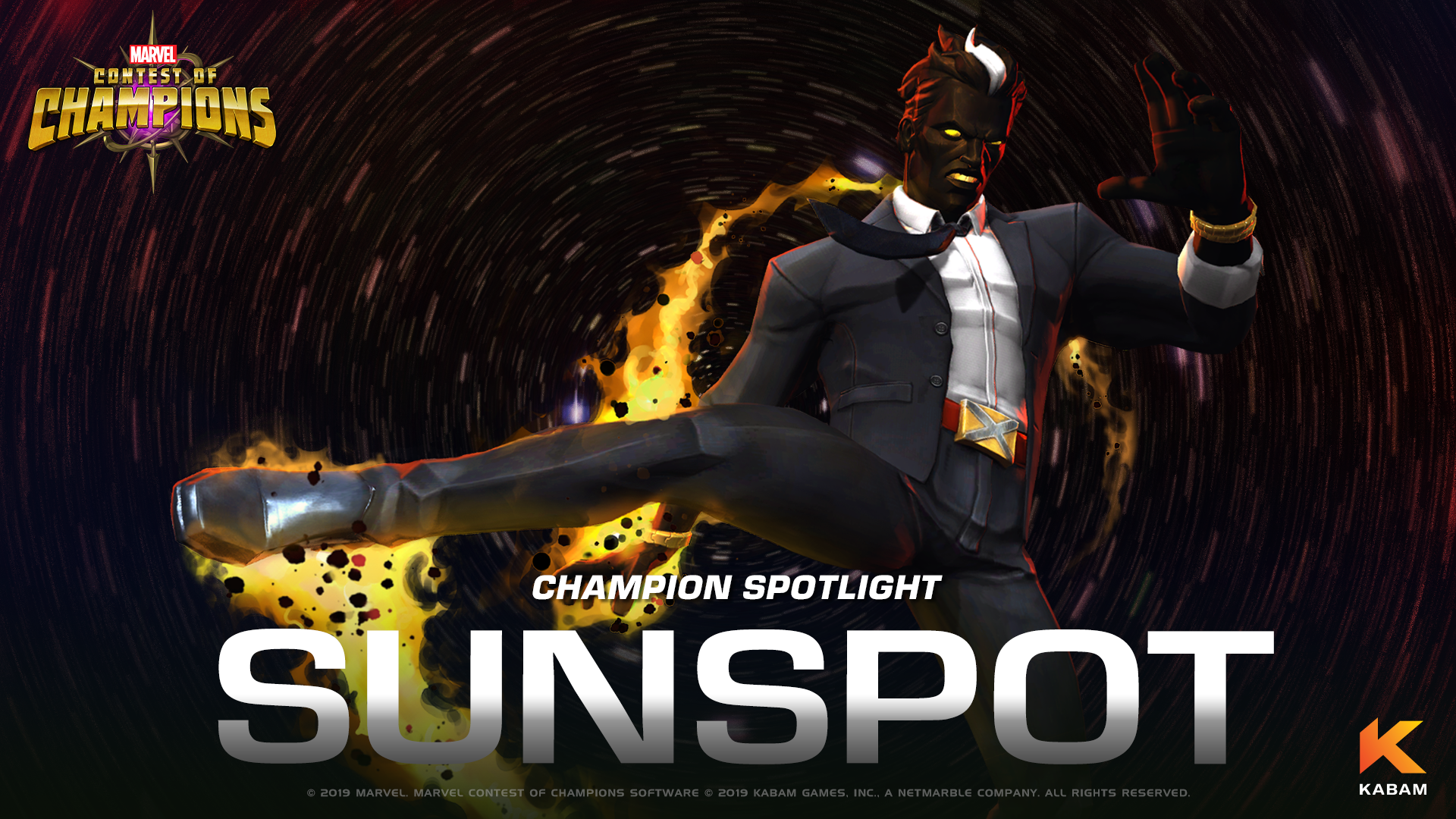 About Sunspot:
Roberto Da Costa is a hot-headed, suave Brazilian millionaire, and a highly respected leader to mutants and heroes alike. Backed up with the ability to absorb, store, and unleash enormous amounts of solar energy at will, Sunspot is a force to be reckoned with both behind the scenes and on the battlefield.

As Sunspot gains Power the potency of any Power gained by Incinerates is reduced by up to 57%.