May_The_Way Posts: 871 ★★★★
September 2019 in Strategy and Tips
Many considered She-Hulk to be the ultimate 6.2 The Champion counter. Her heavy chain that implemented a Slow Debuff that bypassed the Unstoppable & made it very easy to bait SP1’s & take very little damage the whole fight. But this has changed, & her heavy chain will no longer be possible. I’ve seen this lead many players to wonder “What now? Who else is there that can take out this insane boss”?

I hope this guide helps players. I really do see 6.2 The Champion as an extremely difficult, but nonetheless manageable boss. If some of you disagree, that’s perfectly fine, but I hope this helps you. I will leave a video link to every confirmed tactic I mention. 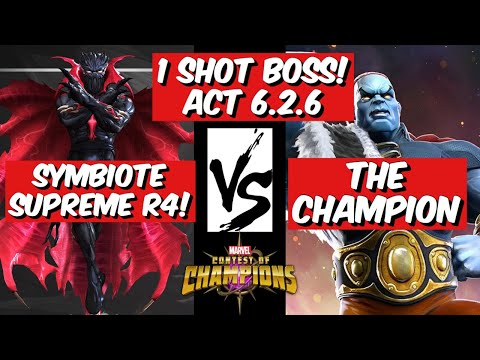 I would recommend at least 3-points in MD for this guy, but all 5-points if possible. You are going to want to spam the SP3 most of the fight, with an occasional SP2, so every bit of power helps. Max Deep Wounds is also extremely effective for the damage. You main goal is just keep your Staggers up & remove that Unstoppable. He is arguably the best counter for 6.2 Champion now. 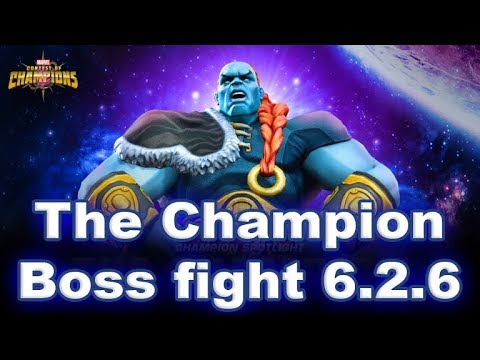 Oh boy, you Hood lovers will love this. Pretty basic fight, put up the Staggers to remove the Unstoppable & spam the SP2. The SP2 is particularly helpful, as this Hexes the opponent & prevents all buffs for 6.50 seconds. MD isn’t required, but around 3-points would help.

I would recommend no more than 3-points in MD & a Power Boost. Be sure to not add more than 3-points, because you do not want to push yourself to an SP3. Also, you make sure you are at 5 Souls & no less. Start the fight by just staying away from The Champion. Once MD fuels you to an SP2, fire the SP2 as soon as he gains his buffs & nullify all of them. You should easily be able to chain the SP2 back-to-back, as the MD + Power Boost will fuel your power like crazy. Her damage also gets completely nuts, combined with her regen. 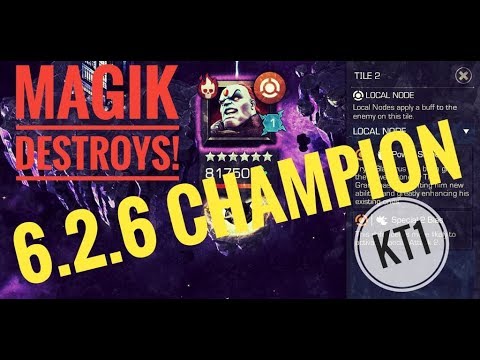 Pretty basic concept with Magik… gun for the SP3. The SP3 nullifys all buffs & deals massive damage for each buff nullified. You will definitely want Max MD for this, as every bit of power helps. Don’t make any contact with The Champion, just let MD fuel your power. The MD + 200% Power Boost should easily be able to refuel you to nearly 3 bars of power after every SP3.

Same as Magik, gun for that SP3. The SP3 will Curse the opponent for 10.5 seconds, which allows to to steal all the buffs The Champion gains. You will want all 5-points in MD, & a 200% Power Boost. His synergy with Diablo is nice, although no required. As with Magik, the MD + 200% Power Boost should easily be able to refuel you to nearly 3 bars of power after every SP3. Your damage will also be quite nice, as all the stolen Fury’s will give you a big boost. 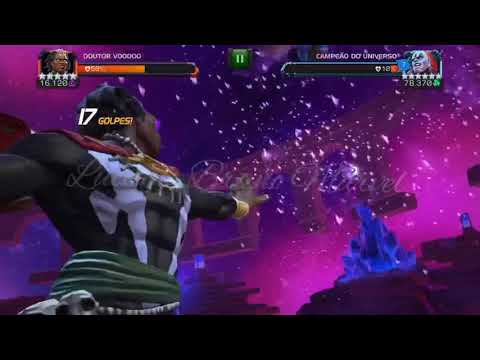 Same tactic as some previous mentions, with Dr. Voodoo, you really just want to spam the SP3. As usual, you want 5/5 MD & a 200% Power Boost. Spamming the SP3 should be fairly easy, but be very careful not to get hit, or hit him. Simply let MD & the Power Boost give fuel your power, & land little to no hits at all. 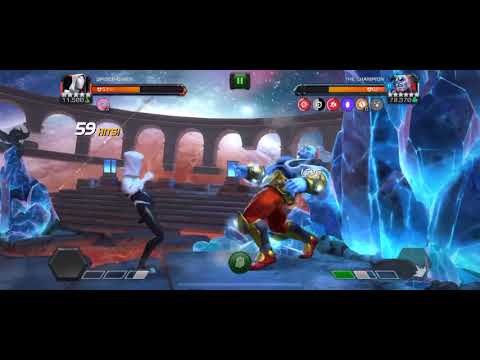 Spider-Gwen not only has a Slow Debuff that bypasses The Champions Unstoppable, but also gains benefits from fight the “Superior Class”. She starts with 3 additional Spider-Sense charges, giving her a great damage boost. You really want to weave in your heavy attacks continually with her, particularly after a special attack. 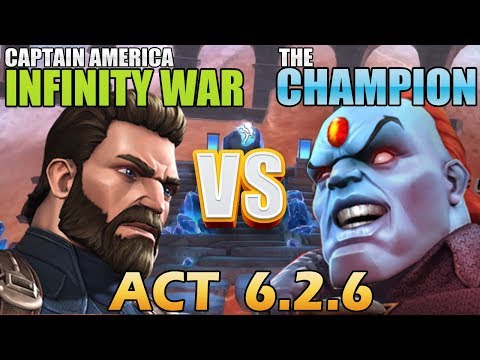 Fairly basic concept with Cap, build your Kinetic Potential charges & intercept as usual. Don’t worry about taking too much block damage, as he has extremely high block proficiency, but also be aware that some attacks are unblockable. 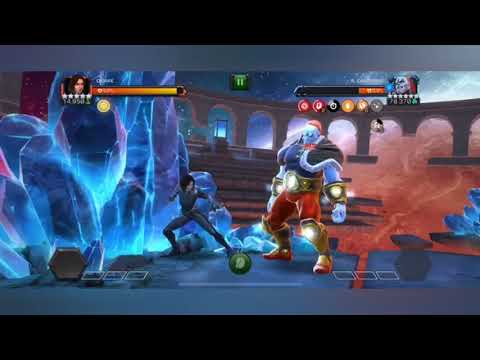 Possibly the most basic fight, if you are an expert Quake player, you should have a great time. Just remember you won’t be able to parry, & will have to evade his attacks instead. Besides that, it’s a basic “Quake Style” fight.

● She-Hulk
Even after her change, She-Hulk could still theoretically still work for 6.2 Champion. Pretty much the same strategy as Spider-Gwen, & weave in your heavy attacks after specials. We just have yet to see a kill without the heavy chain strategy.

● Spider-Man (Stealth Suit)
Being able to keep a good uptime on his Slow debuff, Stealth Spider-Man could be a great counter. We however, have yet to see confirmation he’ll work.

● Black Widow (Clair Voyant)
Looking to be a great possible counter, the upcoming Clair Voyant is able to land a “Buff Immunity” debuff on the opponent for 10 seconds via her SP2. This presumably prevents all buffs, including Unstoppable… & can easily maintain good uptime on it with MD. We’ll have to wait & see how she does.


THE FINAL 10% PUSH
Really, this phase is mostly skill based, & not too many champions that excel at this, aside from Morning Star. Any of the above mentioned champions can work, but I’ve also seen Hyperion & Thing get past this stage. Really, you just need to practice dexing The Champions specials. Practice, practice… & practice some more. Duel “COWhale” for a R2 6-Star, Sig 200 The Champion. Practice makes perfect. DO NOT 6.2 CHAMPION WITHOUT PRIOR PRACTICE. You will regret it.

… I hope this helped some players. Good Luck!!