KillerRino19 Posts: 370 ★★
September 2019 in Bugs and Known Issues
I was fighting Red Hulk with Killmonger in act 5.4.4 on the masochism path and it felt like i was taking block damage even when i had indestructible charges. Because i wasn't sure i went into a duel against a Redhulk and the same thing happend, i was taking block damage, not all of hit just the damage from the heat charges. 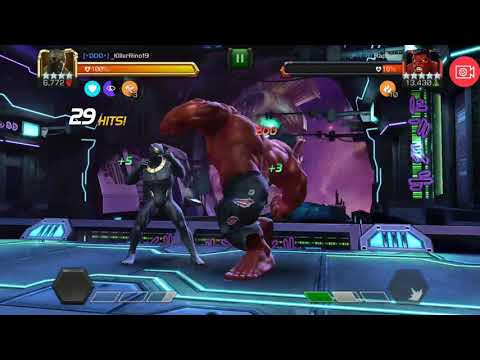 I looked at both of their abilities and i can't see any reason for Km to take the heat charges damage. What do you guys think is this intended or is it a bug? Because i think it is a bug.
2