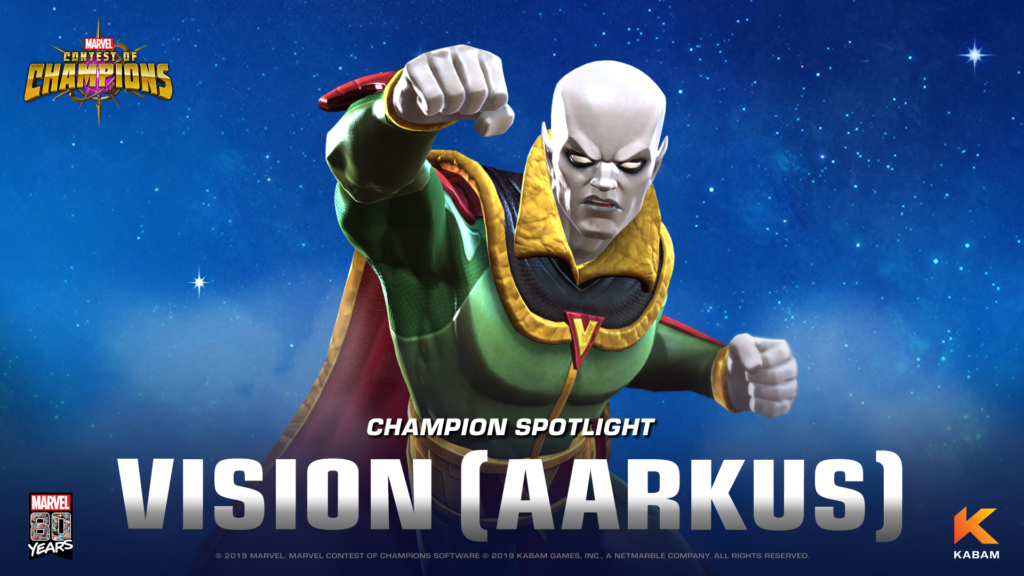 About VISION (AARKUS):
Vision, whose true name is Aarkus, is an alien law enforcement officer from a dimension known as Smokeworld. After being accidentally contacted by a scientist from Earth, Aarkus came to our dimension to fight crime. He has the ability to control gasses, smoke and cold, even teleporting to the far side of the world using little more than a smouldering cigar.

Aarkus starts every fight with a Power Gain Buff and gains more over time. As long as he has at least one of these Buffs, he can inflict Armor Break Debuffs onto his Opponent just by staying near them. While under the effect of an Armor Break, Opponents also take Coldsnap damage over time. To end a fight, Aarkus can convert his Armor Breaks into a very long Armor Shattered Debuff, which shuts down Robot systems and lets him deal bursts of bonus Energy damage with his Special 1 Attack and Special 2 Attack.

STRENGTHS WEAKNESSES
Abilities:
Passive: Power of Smokeworld - Buff - Max: 5 Developer’s Note: If one of the Power Gain Buffs is nullified, but some are left over, the next Power Gain Buff he receives will replace the one that was nullified, rather than being less effective than the ones that were left over.