Captain Marvel is gaining energy charges outside of her written abilities.

CoatHang3r Posts: 4,155 ★★★★★
September 2019 in Bugs and Known Issues
Captain Marvel gains energy charges when taking any form of energy damage. This is not listed as an ability and seems to contradict how she is stated to gain them “when struck”. She will build charges from passive energy damage (Mephisto’s aura, Electro’s reflective, etc damage) and also from debuffs that deal energy damage (Coldsnap, incinerate, etc)

Under Energy Absorption in her ability page it describes that she gains charges when stuck by energy attacks. It is not mentioned that she builds charges when taking any energy damage. 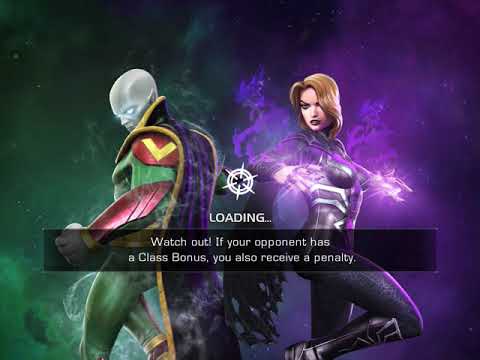