Other Abilities Domino’s Critical Failure Fails to Trigger From.

CoatHang3r Posts: 4,952 ★★★★★
October 2019 in Bugs and Known Issues
There are abilities that fail to trigger Critical Failure. The explanation of the ability is straight forward but maybe I’m missing something.

Opponents that trigger abilities frequently, such as on every hit, will have a chance to fail on each of those events, and therefore trigger her Signature Critical Failure Ability often.

I asked to get more information on her Sig Ability. Let me know if this helps:

Does that clear things up?

Gulk’s 5% chance to SMASH on every attack does not trigger Critical Failure.

Video form Back Issues, Mystery in the Micro-realms, 3.2. The ability pages of these champions are shown at the end. 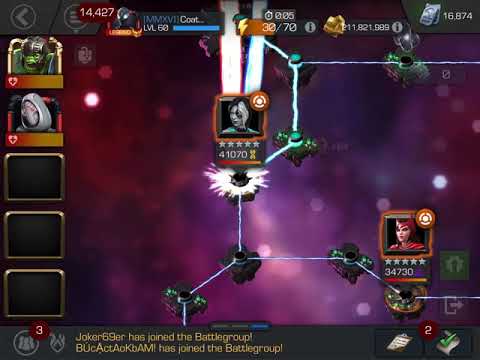 With the recent update correcting some of Critical Failure’s Failures I thought maybe this might get some attention.

If you have more abilities please add.
0