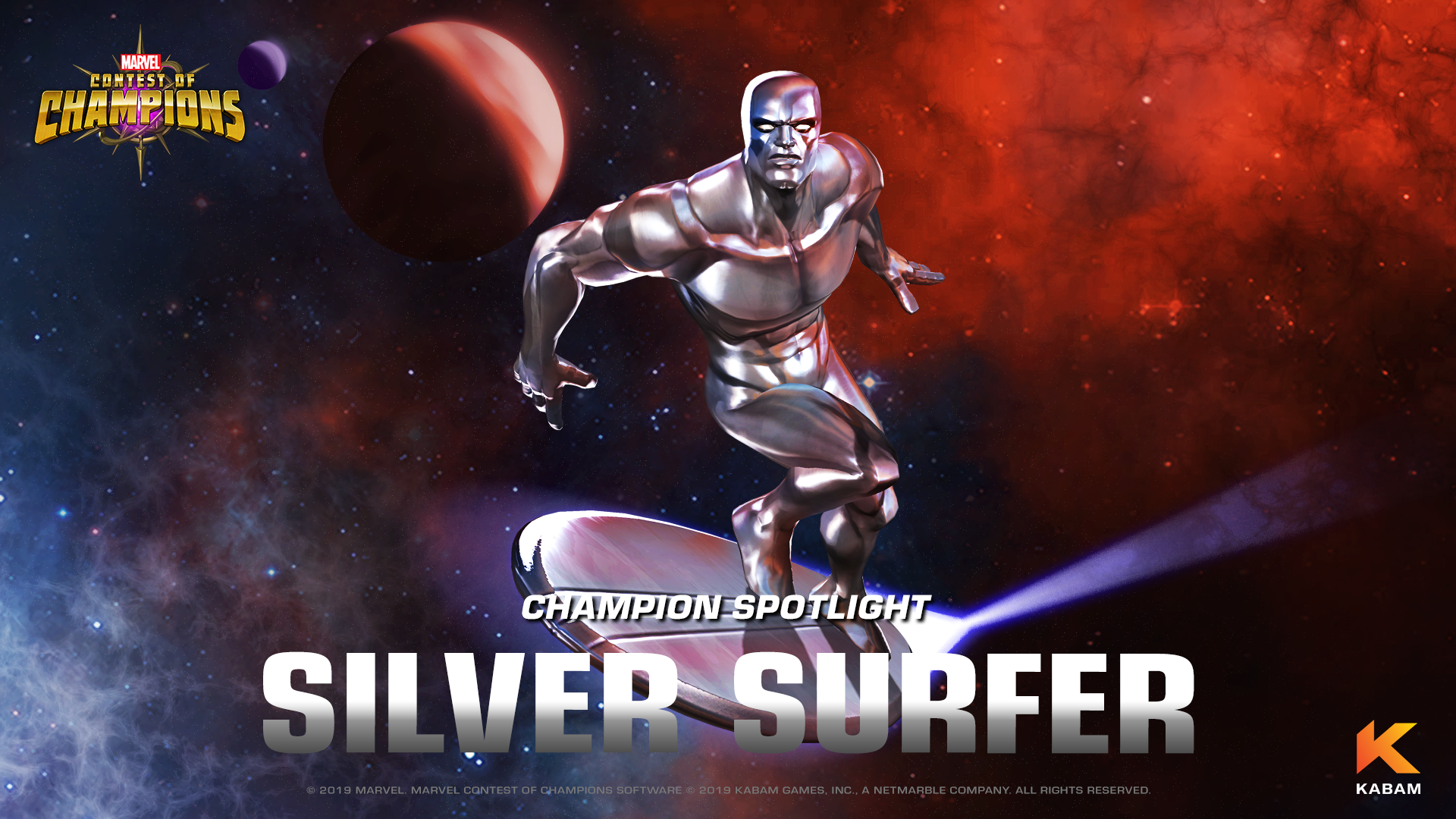 About Silver Surfer
To protect his planet from certain Annihilation, Norrin Radd relinquished his life to become the Silver Surfer, a Herald of Galactus. Now imbued with the Power Cosmic, the Silver Surfer travels the galaxy in search of new planets to feed Galactus’ insatiable hunger.

Silver Surfer’s gameplay is focused on creating and maintaining as many unique Buffs as possible. Each Unique Buff increases his on hit energy damage and enables him to create new powerful buffs when launching Special Attacks.

STRENGTHS WEAKNESSES
Abilities:
Passive: Dev Note: This burst of energy damage on hit will be Silver Surfer's primary source of damage. Silver Surfer will excel when Hunting Champions that have little energy resistances or weaknesses to energy damage.


Power Cosmic Buff: Dev Note: The Power Cosmic Buff is a Buff that will be present almost all of the fight. While the Buff itself has no effect, it does count as a Unique Buff for Silver Surfer's other abilities.


Rotating Buffs - Max 2 of Each: Dev Note:The key to playing Silver Surfer will be mastering when to activate these Buffs. As long as the Rotating Buff isn’t already active, Silver Surfer will refresh the Duration of every active Buff. This includes the Vigilance or Unblockable Buffs from his Special attacks and even the Phase from his Heavy Attack.

When Charging a Heavy Attack: Dev Note: This ability will be the most reliable way for Silver Surfer to consume his Power Cosmic Buff and create his available Rotating Buff. Players should Charge a Heavy Attack and cancel the charging animation with a Special Attack to maximize active Unique Buffs.


Special Attacks: Dev Note: This ability makes it easier for Silver Surfer players to maintain all of their Buffs and not worry about one ending during a Special Attack.