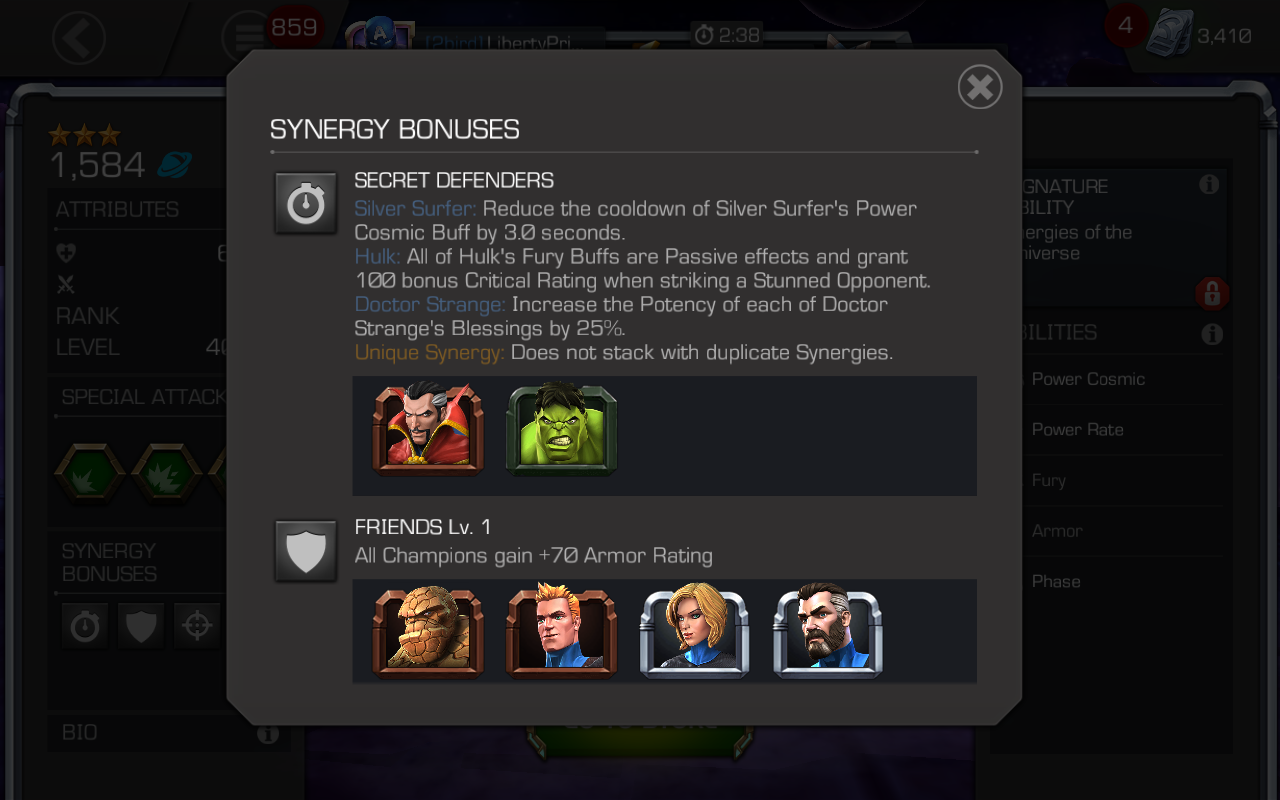 So is this supposed to be a Synergy for "The Defenders", and if so where is Namor? 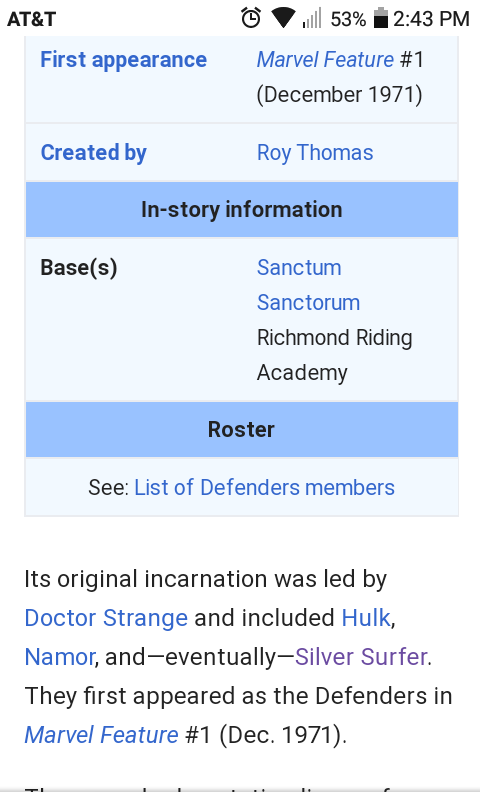 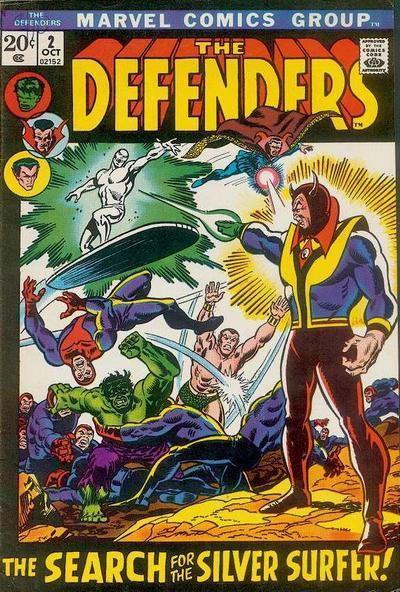 Because "The Secret Defenders" is a Different Team created after the Original Team Disbanded that rarely/never contained the Silver Surfer, and didn't contain Namor but did contain Namorita.- 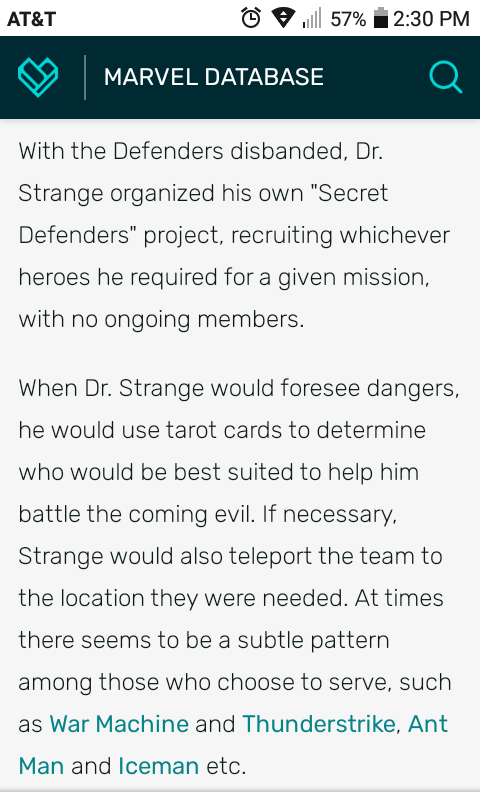 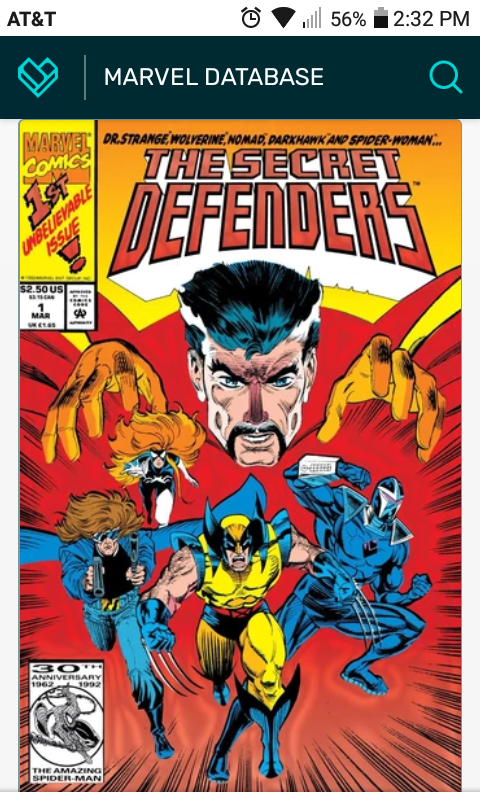 -As well as Several other Characters that are in the Game and were much more constant Members that, if this Synergy is about "The Secret Defenders", should then be added as well.

Not saying Namor needs another Unique Synergy, I'm just saying for continuity sake (if this is meant to be "The Defenders" and Not "The Secret Defenders") then he should be added and it just gives the Whole Team the usual Basic Synergy Bonus like +5% Perfect Block Chance or Health or etc. (Im also not saying just make the entire Synergy a Basic Team Synergy, I mean keep the Hulk and Dr Strange Unique Synergies since they really need it but if Namor is also in the Team then it could give an addition little boost instead of making Namor even more op.)
1