Mysterio - need somebody to explain him to me...

XXGhost_RiderXX Posts: 171 ★
January 3 in Strategy and Tips
So, as of recently, I have acquired the tech champ known as mysterio, and I was just wondering if somebody could help explain him to me... to clarify on what I’m asking, I’ve watched countless videos on YouTube and have even read up on how to build up his chemical gas except, I’ve had no success! 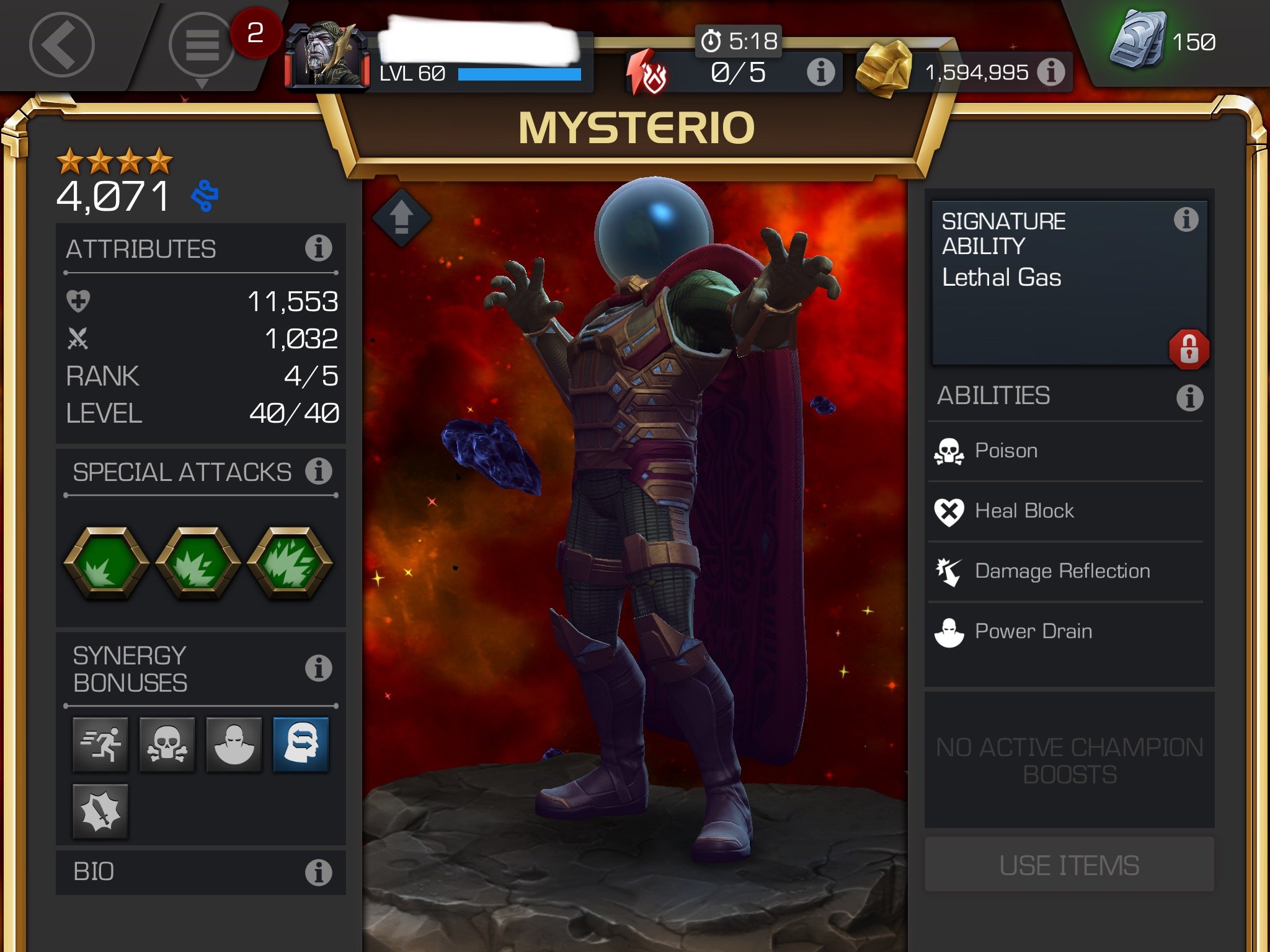 As y’all can see mine is not duplicated which means he doesn’t passively gain chemical gas, you have to build it up yourself... so from reading his ability description, the text says “he gains one chemical gas charge on his second medium attack”, but that doesn’t really help me. Could someone explain in more detail how I can do this? Is there a strategy to this, like do I have to intercept or do something special?
Thx in advance for the responses
0