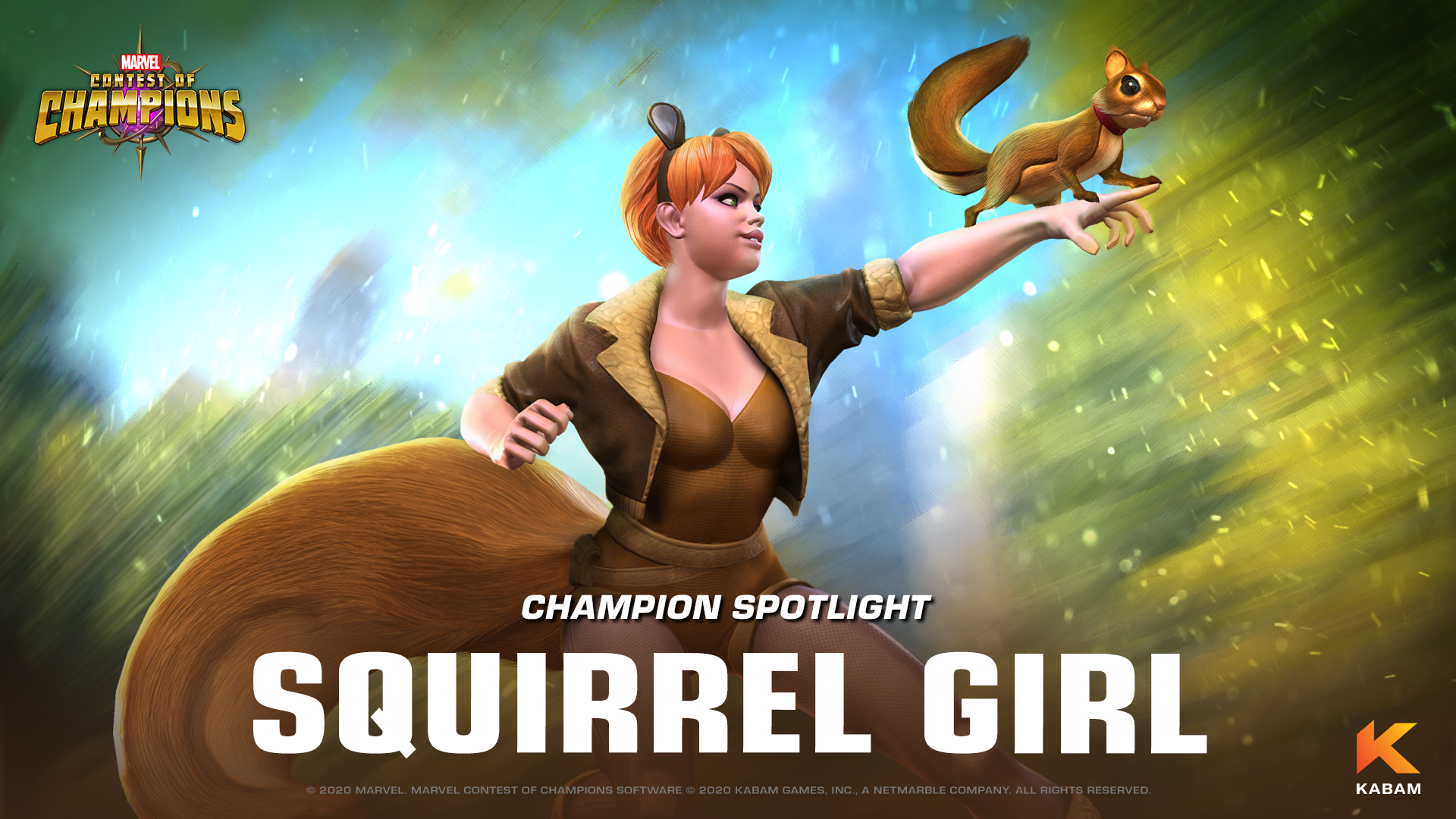 About Squirrel Girl
Doreen Green's squirrel-like abilities made her an outsider in her teenage years. She escaped the insults of her classmates by hiding in the woods, among the squirrels. When Doreen stumbled upon Iron Man, she saw her chance to impress him, overpowering Doctor Doom with the help of her army of squirrels. Ever since her first victory, Squirrel Girl has taken down some of the most feared Super Villains in the universe. With an almost unrivaled win record, she lives up to the title, the "Unbeatable Squirrel Girl."

Squirrel Girl can consume her Combo Meter to power up her squirrel, Tippy-Toe! Tippy can assist Squirrel Girl or attack her Opponent inflicting Debuffs and dealing bursts of Bleed damage.

STRENGTHS WEAKNESSES
Abilities:
Tippy-Toe: On Contact: Squirrel Girl can bleed her Opponents through their blocks with Medium Attacks, which makes her bleed very reliable. Additionally, Squirrel Girl gains extra hits in her Combo Meter on Light Attacks to help her gain hits quicker!


On Champion Knockdown Developer's Note: Squirrel Girl can consume her Combo Meter to empower Tippy, so before knocking the Opponent down, think carefully about how many hits you have in your Combo Meter!

Tippy-Toe - On Squirrel Girl: Dev Note: Squirrel Girl can play safe by keeping Tippy on herself to increase her Block Proficiency and prevent high damage into her block.


Tippy-Toe - On Opponent: Dev Note: Tippy-Toe can apply up to 3 effects on the Opponent at once depending on how much of Squirrel Girl’s Combo Meter she consumes. In most cases, the more the better!