Kabam Miike Posts: 7,585Administrator∙Moderator ›
January 2020 edited January 2020 in Champion Spotlights
IF YOU HAVE NOT, READ THIS POST FIRST.

Invisible Woman is one of the champions we decided to leave unchanged, at least for now. She’s a very potent Defender due to both her inherent Defensive mechanics, and the strength of the current #Small Defense Tactic. On Attack her damage is below-average, and she unfortunately lacks in other utility to make up for it, but we also expect her damage numbers to improve once Mister Fantastic becomes more common, due to her synergies with him.

We have decided to leave her as-is for now, due to her already being a potent defender and the potential for her Attack numbers to improve without a dedicated change to her. We will be keeping an eye on her in the next while to examine the impact of Mister Fantastic’s release on her numbers, and may still go back and improve her in the future.

Reasons for Not Changing her at this Time:

Defender-wise, she’s in a good place. Currently, she’s not achieving her goal of being a sustain champion when on attack, but correcting this requires either: Areas to potentially change in the future:

This chart shows the Top 15 Defenders on the Defense Tactic favoring Small Champions. Invisible Woman has a high win rate, and an especially high “Undefeated” rate, relative to her number of Encounters. 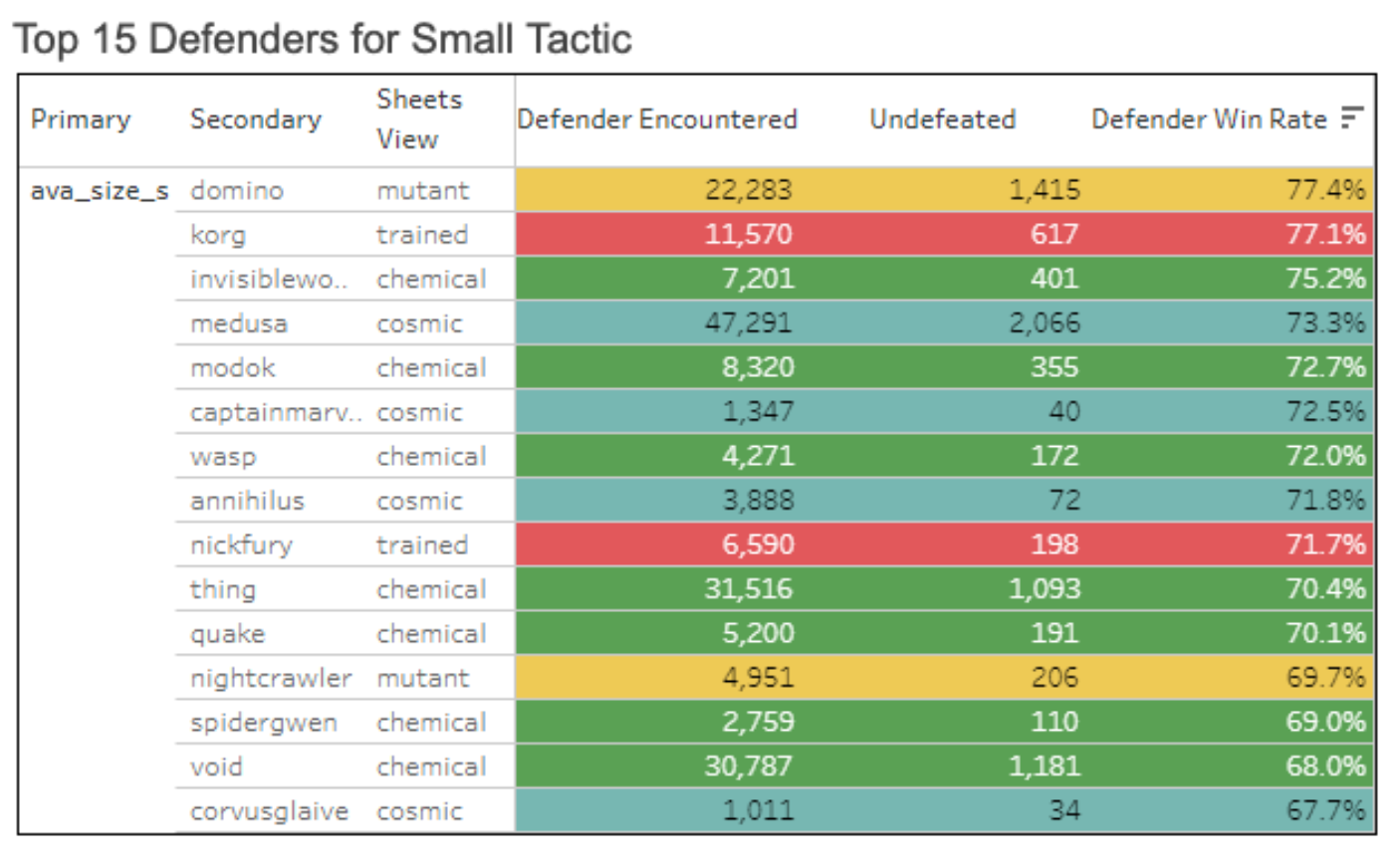 Note: Sheets View lists “Class”. For our purposes, “Trained” indicates the Skill Class, and “Chemical” indicates the Science Class.
This chart shows Invisible Woman’s Defender Win rate using different Defense Tactics, including those that do not benefit her.

This chart shows Invisible Woman’s DPS in different modes compared to some of our more popular Champions. This is split by player percentiles, and as you can see, there is a bump in her DPS as more skilled players learn to use her. 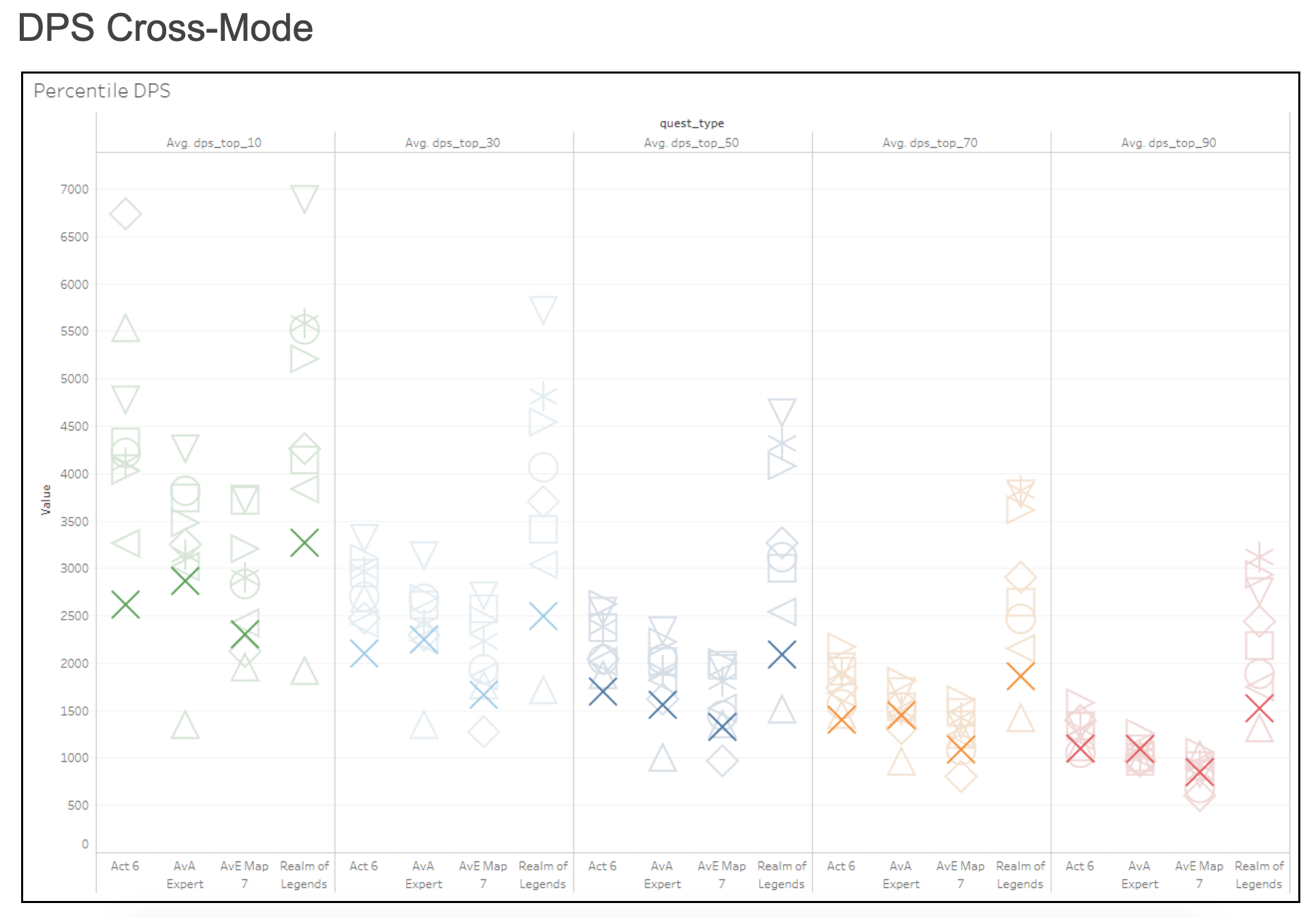 At this time, we have no plans to make changes to Invisible Woman. We are going to wait to see how the full force of the Fantastic 4 Synergy and future changes to Alliance Wars have on her.
Post edited by Kabam Miike on January 2020
11
«12»