Kabam Miike Posts: 6,767Administrator ›
January 2020 edited January 2020 in Champion Spotlights
IF YOU HAVE NOT, READ THIS POST FIRST.

After looking at Human Torch’s data, it was pretty evident that he’s very strong in specific matchups (mainly against Mystics, or when using his pre-fight abilities), but was underperforming in other matches. His original goal was to be great in certain matchups, but also to be a decent attacker in other matches as well. For his balance change, we decided to increase the rate at which he gains Temperature, allowing him to easily access his higher levels of damage, without making him better in matches where he already shines. 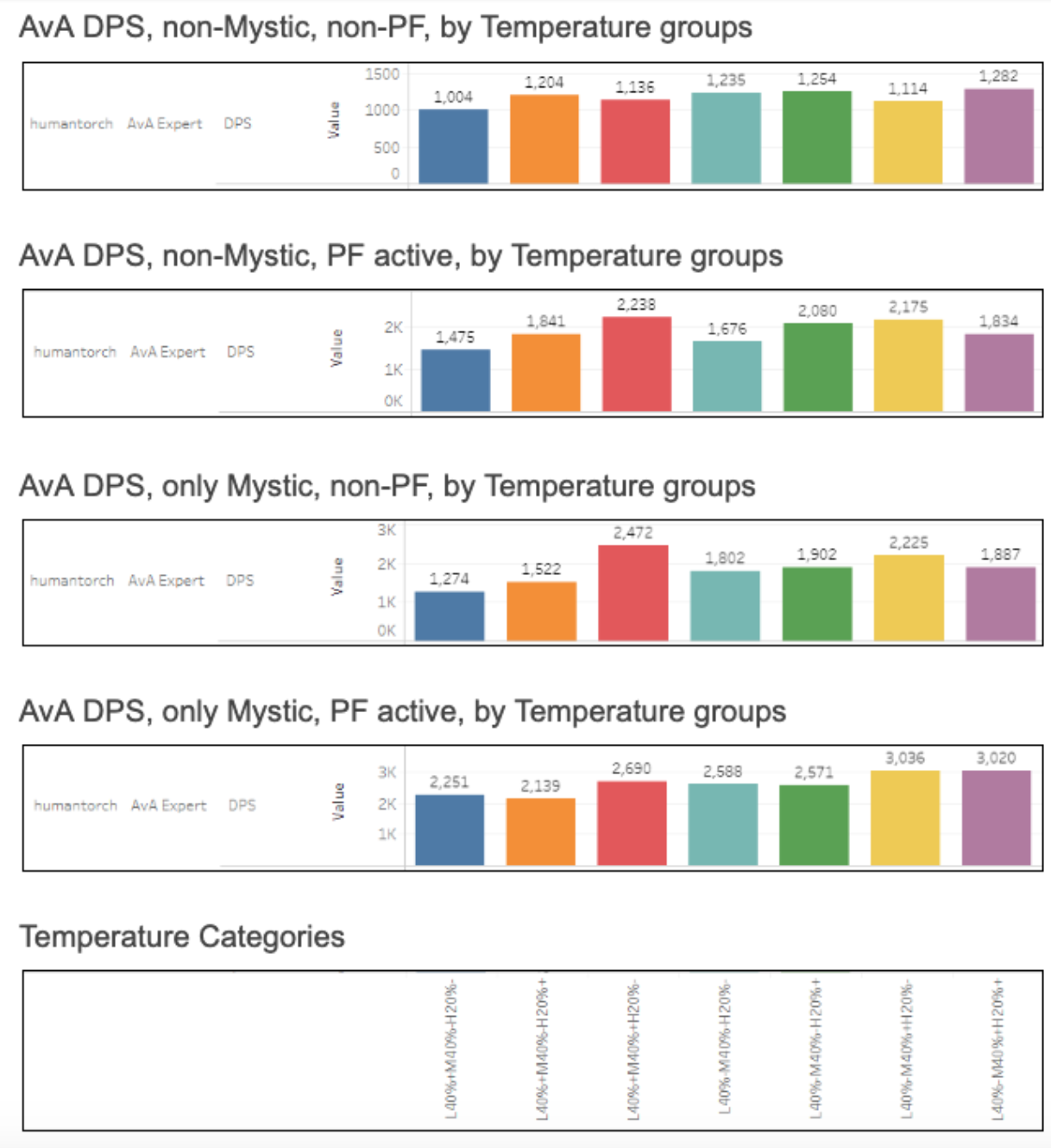 The chart below illustrates where Human Torch resides on the DPS Percentile Scale. He is indicated by the highlighted Square. This chart is representative of our most Skilled Players.

Please note: Cull Obsidian has been removed from the Realm of Legends DPS, as he compresses the rest of the champions significantly.

It’s also important to note that this is representative of his overall use. Since Human Torch tends to be used more in matchups where he would be very good, his DPS on this chart is higher than it would be in less opportune matches.