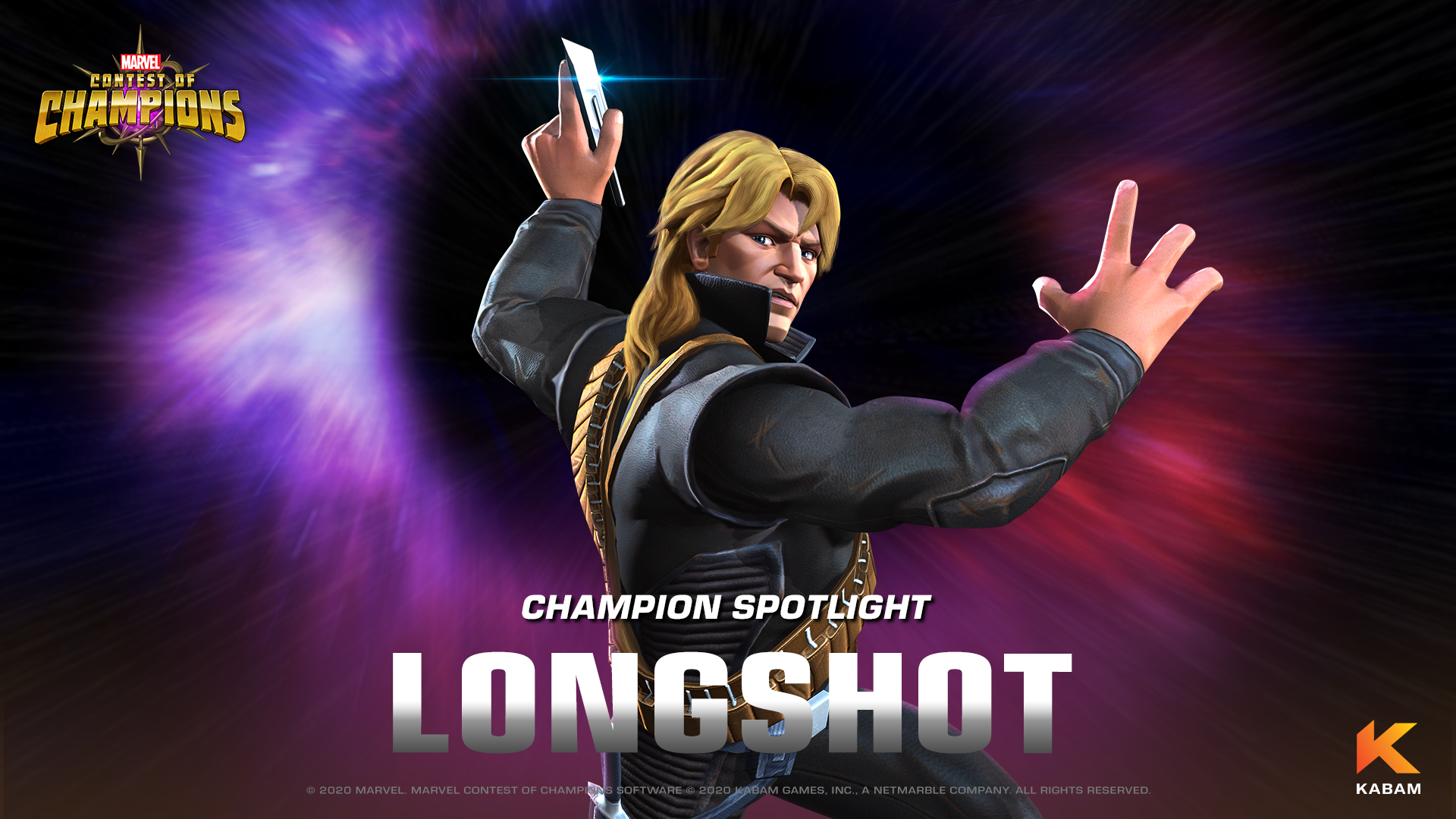 About Longshot
Longshot is an Action Hero from the Mojoverse who was genetically enhanced by Arize with super human traits and the powers of Probability Manipulation. Arize made it so the strength of Longshot’s Power was based on the purity of his heart, making him a star candidate for inciting a civil war to overthrow the tyrannical reign of Mojo himself.

Longshot excels when balancing both offensive and defensive play styles. Playing defensively builds Good Karma on himself, unlocking new abilities in his Special Attacks. Playing aggressively allows him to convert this Good Karma into Bad Karma on the Opponent for huge bursts of damage.