Knordy Posts: 140 ★
February 2020 in Bugs and Known Issues
I've encountered an issue with missing content in the Rewards section of the Mojoverse Arena. So after you've battled 3 champions, you go to the rewards of that series (battlechips and gold). There are two buttons present (next serie - continue) Instead of using those I use the top menu to go to the homescreen (and collect the rewards of the solo objectives). Going back to the Arena select screen I see a Continue button on the Mojoverse Arena. Clicking on that button shows the following screen: 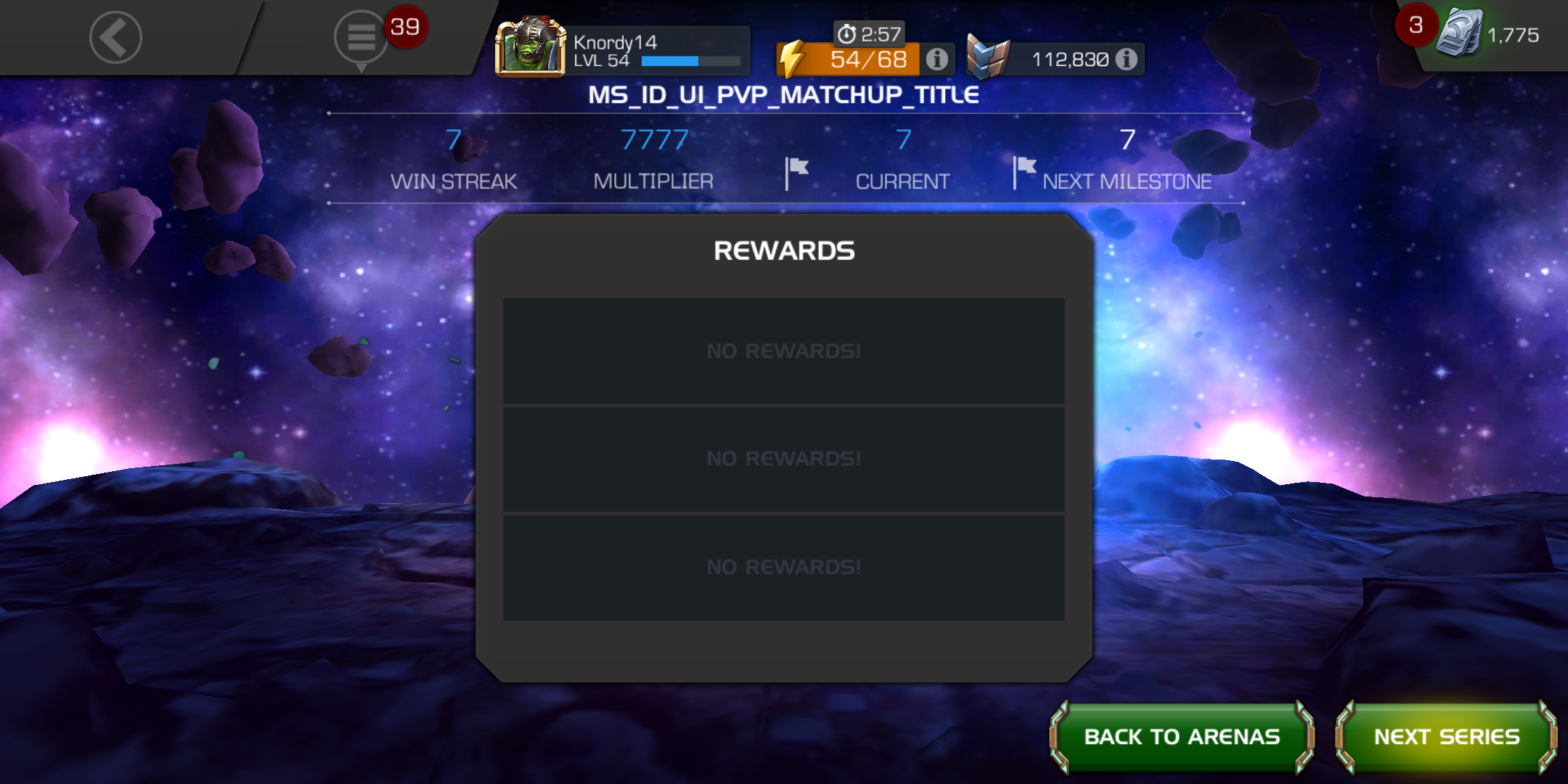