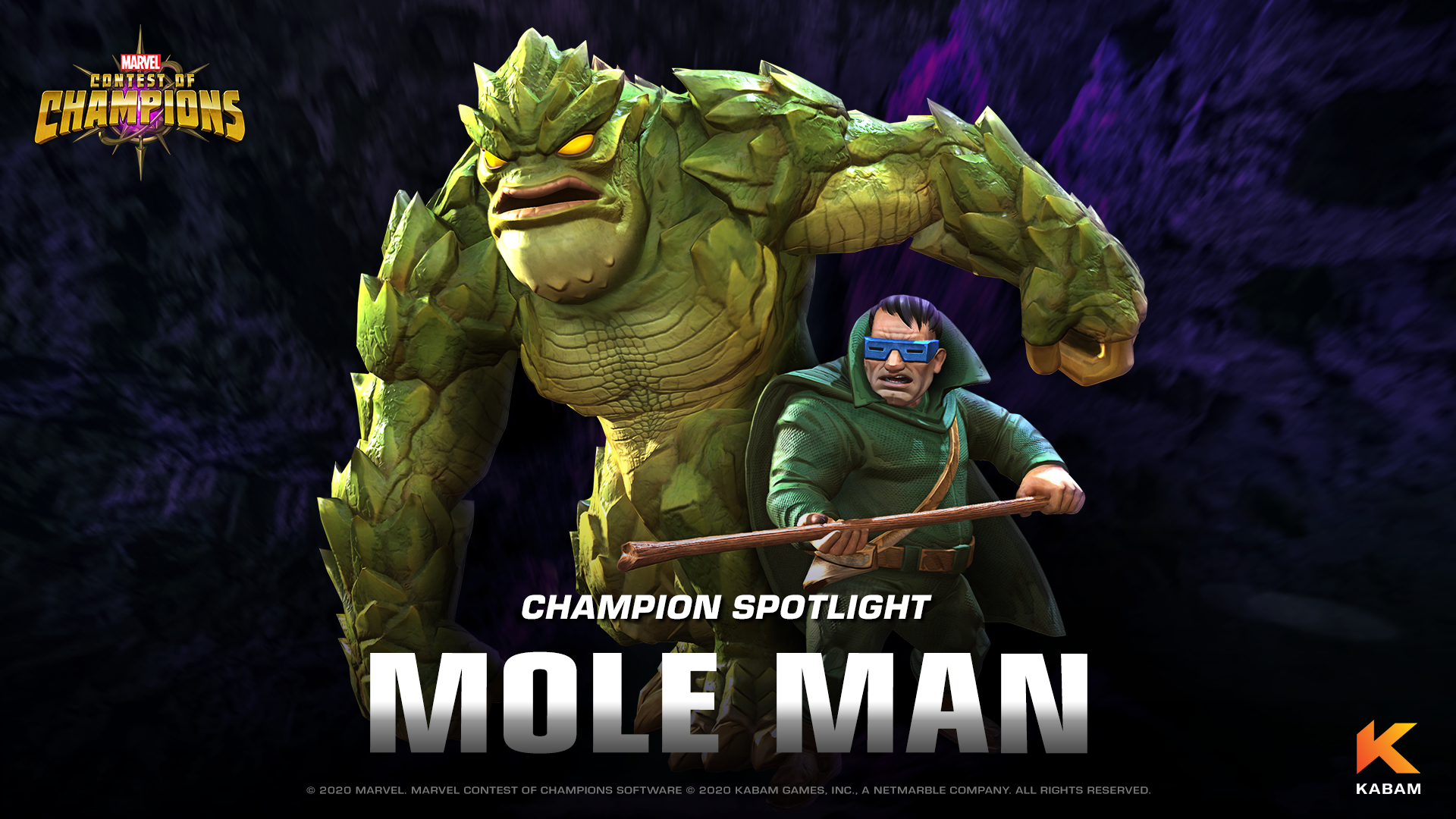 About Mole Man
Socially shunned for his dwarfish appearance and expelled from his academic roots in nuclear engineering for his Hollow Earth theories, Harvey Rupert Elder stumbles upon the Monster Isle and falls deep into the realm of Subterranea, becoming blinded before the Valley of Diamonds. After this discovery, Elder dubs himself the Mole Man, ruler of Subterranea and the caverns of Monster Isle. Riding on the back of his most trusted monster friend, Giganto Jr., the Mole Man burrows his way into the Contest.

Mole Man makes use of Giganto Jr.’s enormous presence to bully his enemies into submission. Giganto Jr. can take a lot of punishment for Mole Man by Purifying Debuffs and converting them into Monster Mass. Monster Mass allows the pair to counter-attack opponents that strike their Block. Monster Mass also allows them to withstand Heavy and Unblockable hits. If Mole Man and Giganto Jr. take enough damage and Debuffs, they both go into a Frenzy, causing all hits to become Critical Hits, and all blocked Attacks to be countered at no cost.

Abilities:
Passive: Critical Hits: Monster Mass - Passive Developer’s Note: When fighting Mole Man, players should be wary of using the Parry Mastery after he has accumulated 5 Monster Mass. Attacking while Mole Man is stunned in this state is most likely to go badly.


Frenzy Developer’s Note: Because Monster Mass cannot be removed while Frenzied, Mole Man is able to activate his Unstoppable ability when blocking Heavy Attacks. Players have enough time to retaliate with their own Heavy Attack once they go Unstoppable.