6.2.3 Deadpool (Buffet/Icarus) is bugged. Perhaps Buffet in general is bugged?? 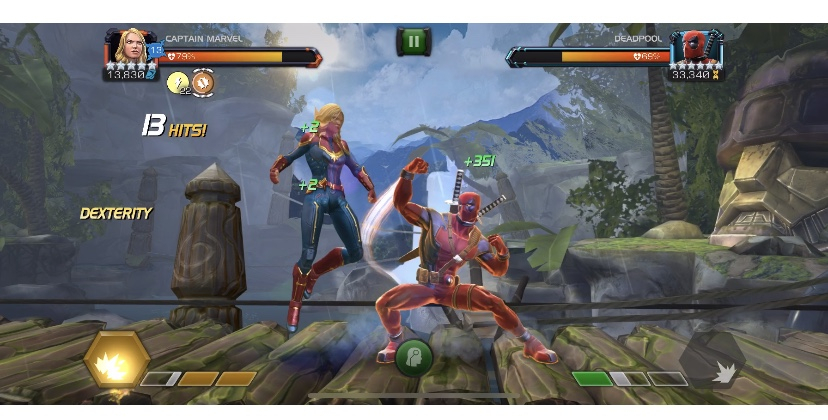 and pasted mostly what was in my support ticket but just so the community/mods are aware...

This particular quest is all but a cakewalk with the new Captain Marvel (Movie) who I have awakened at Sig 120. Her indestructible allows her to take huge advantage of the Icarus node because she won’t degenerate and take damage while indestructible and she ends the fight before her buff ends. I have been running these paths item-less so far. I met my match with Juggernaut on the path requiring three six star champs, and he took a couple tries. However I was not prepared for the Deadpool fight to be bugged. For some reason Buffet was not activating regen on Deadpool and it also wasn’t displaying a cooldown. Those things never happened. However when I tried to dex to trigger a precision buff (to put buffet on cooldown before I trigger binary with all my fury and indestructible buffs) dex did trigger, but the buff was prevented (as expected) but it did not trigger buffet or regen or cooldown. Further, when I triggered binary, all my buffs on Captain Marvel were prevented from triggering and this led to me dying multiple times and wasting revives and health potions. I used 10 greater love juice potions and 5 or 6 revives I think getting him down. I was already invested from the Juggernaut fight and didn’t want to have those resources be wasted.

I am playing on an iPhone XR version 13.3.1 and I updated the game yesterday or the day before with the newest update.
0