Whats going on with Green Goblin in the Abyss?

Critical hits appear to reduce attack by much more than .9% as there is a noticeable drop in damage when striking him with a Crit as opposed to a regular hit. You would think that a .9% attack reduction would not equate to less damage on critical hits when compared to non critical hits. 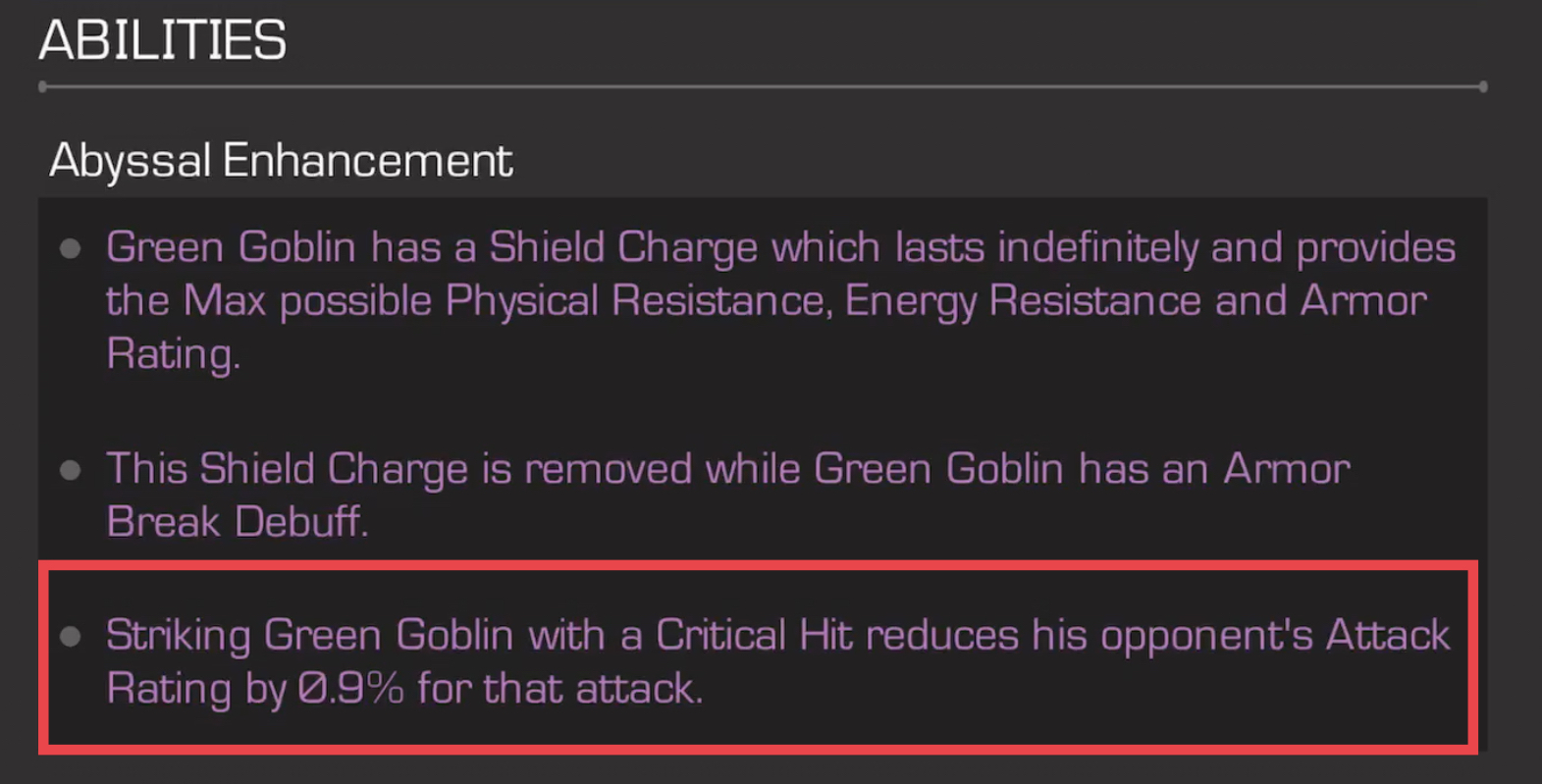 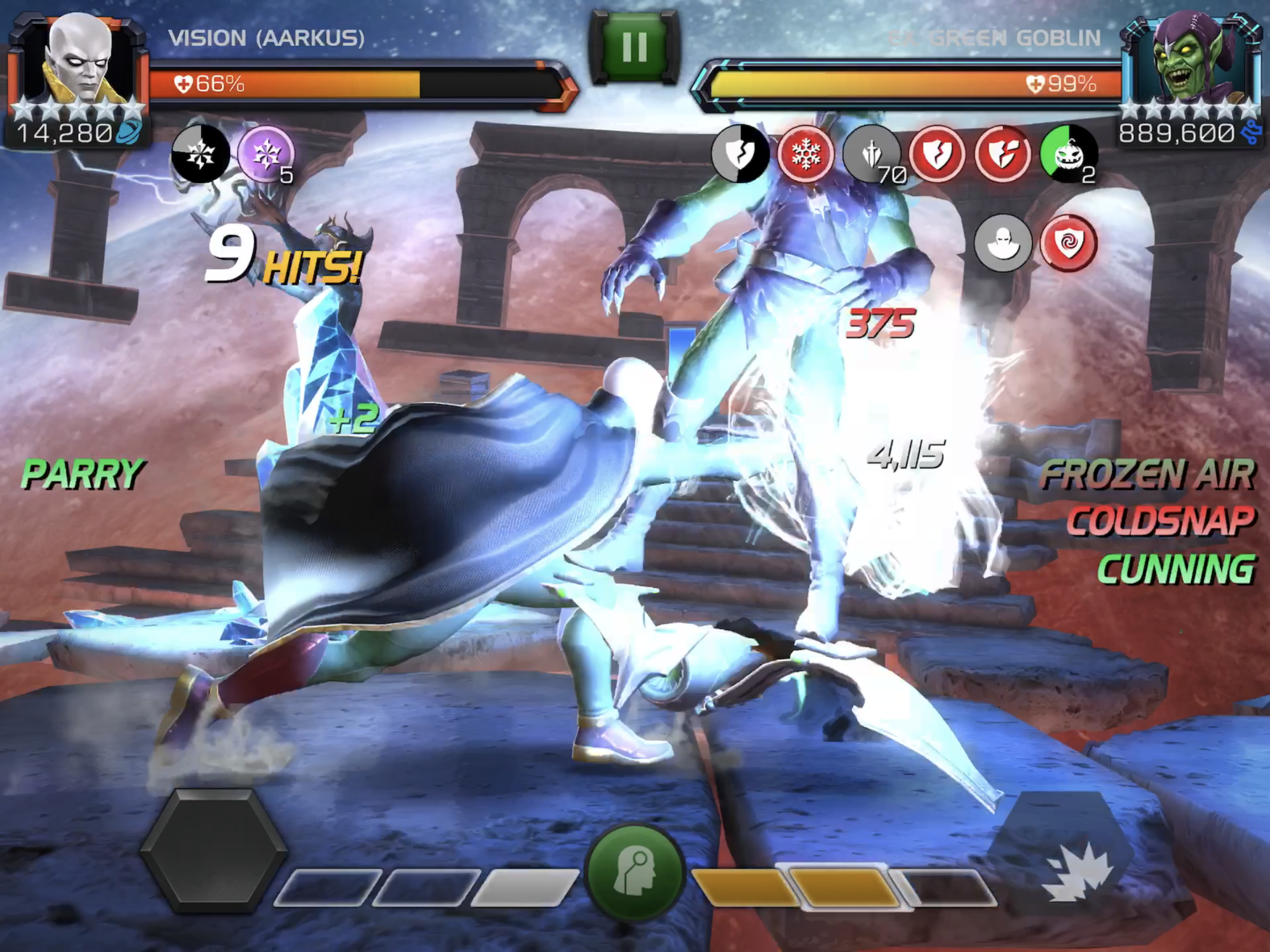 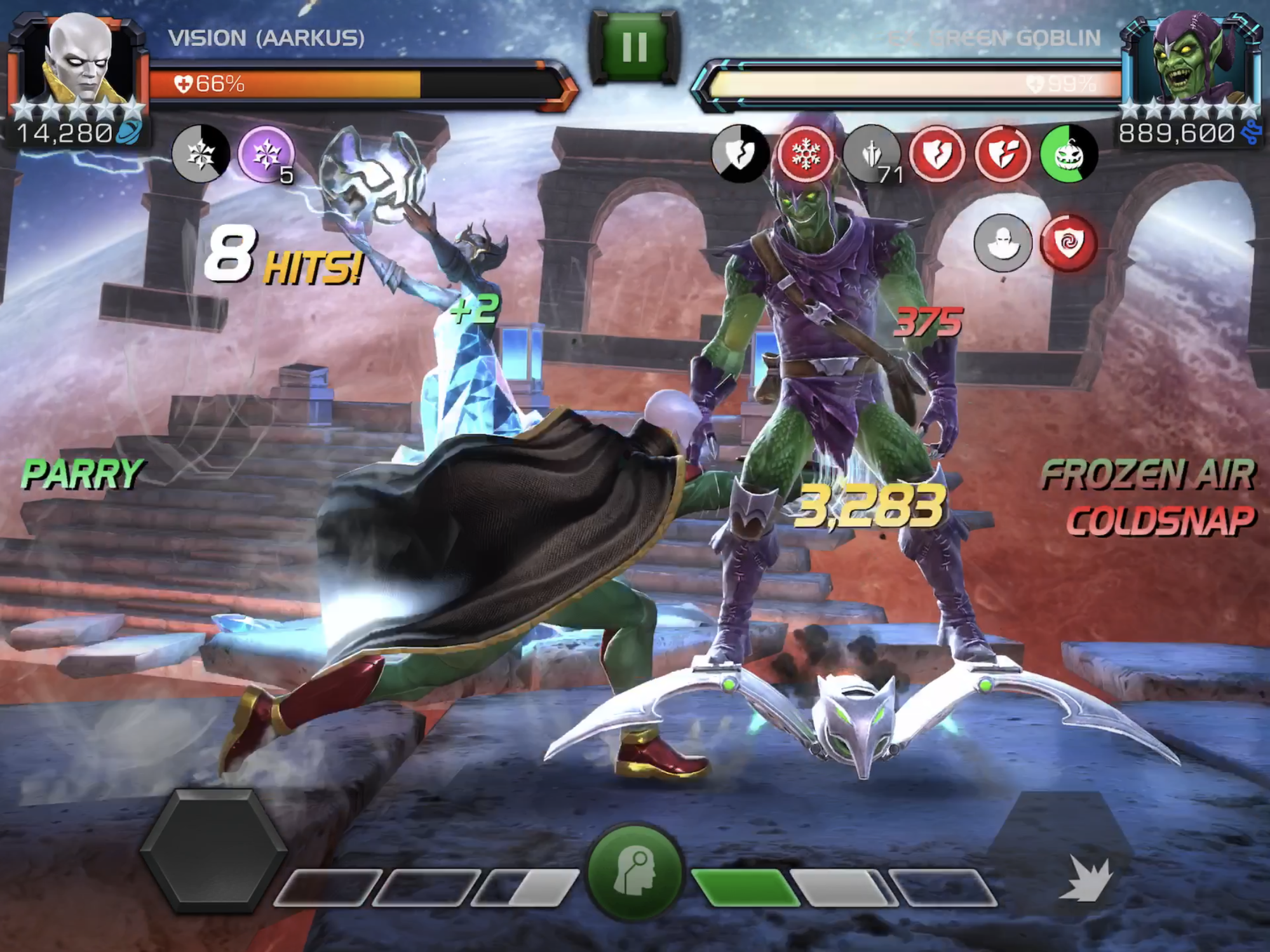