Possible counters to 6.3/6.4 and who would you awaken/rank up? 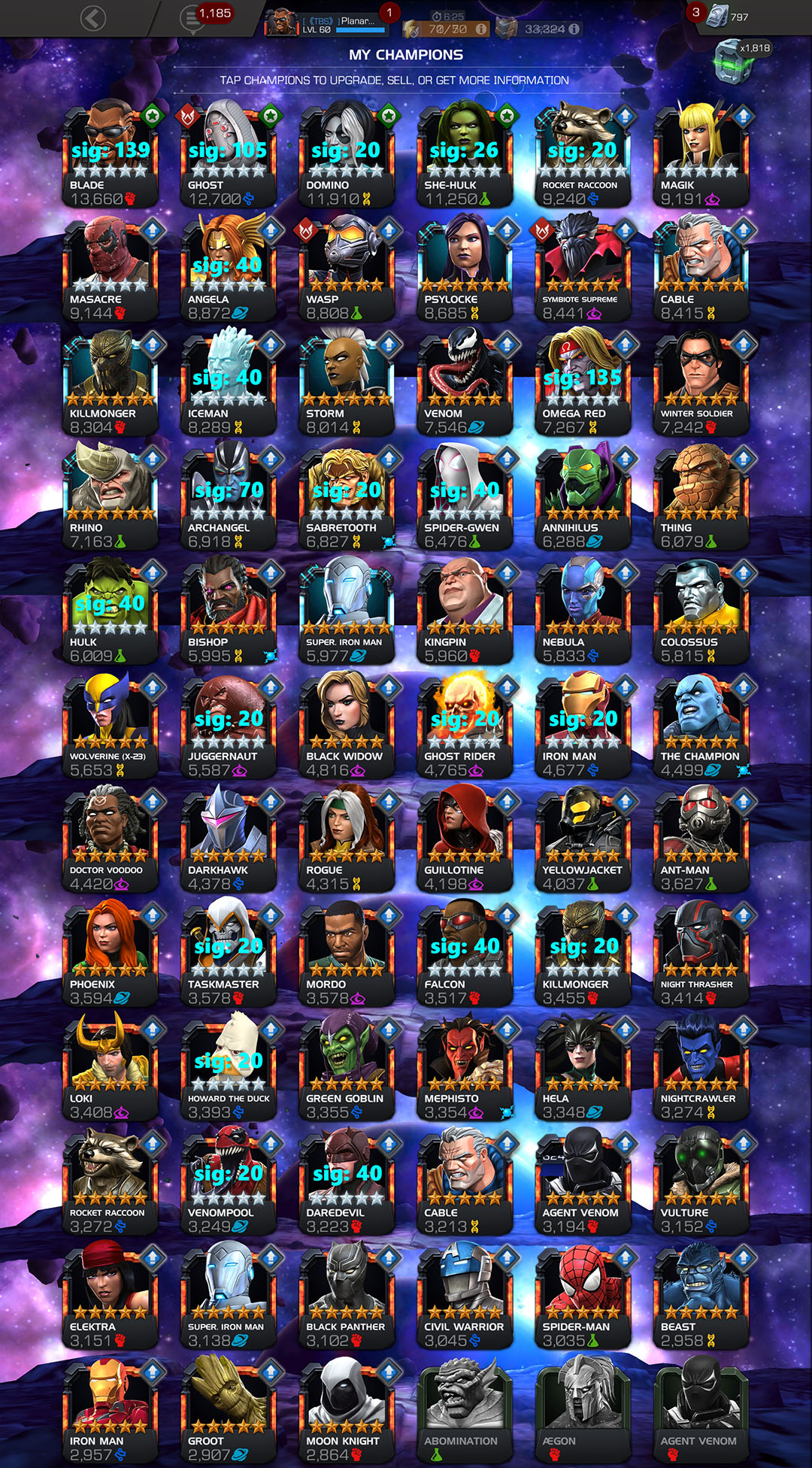 
Most of the time I use Domino trinity (with 4* RH) and Ghost + Wasp. In Act 6 my main path clearer is Ghost + Wasp. Other spots are for counters for nodes/defenders/boss. I play in casual Alliance. Do only AQ (map 4, 2k-2,5k glory per round). I don’t participate in wars anymore. . I don’t spend money ingame. I play ~2 hrs per day.