Home› Bugs and Known Issues
**KNOWN ISSUE**
An unknown error has resulted in Grandmaster Gauntlet progress being reset for a portion of our playerbase. As a result, we will be temporarily removing the Grandmaster Gauntlet as a playable mode. The mode will be reinstated when the team has resolved the issues.
**FIXED**
There appears to be a bug causing missing VFX (visual effects) for a number of elements including traps, phasing and some blocking animations.
THIS ISSUE WAS FIXED ON SEPT 26

A_rock007 Posts: 44 ★
April 2020 edited April 2020 in Bugs and Known Issues
So I have been enjoying playing with annihilus ever since his buff and I've noticed this : his synergy with any one of the fantastic four team gives a critical rating to ALL champions; but this isn't the case (as shown in the following snapshots) because only annihilus gets the boost instead of all the champs 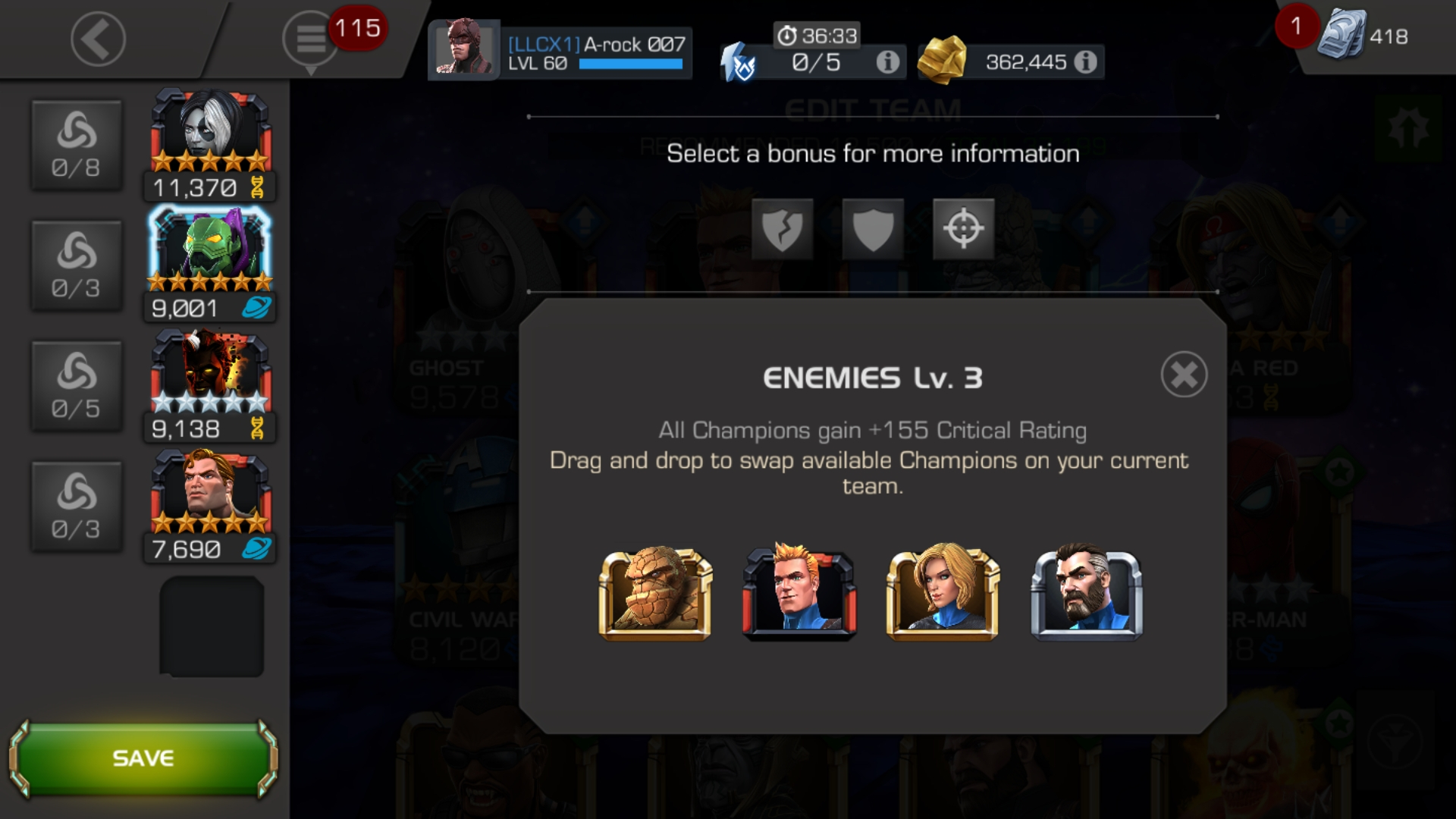 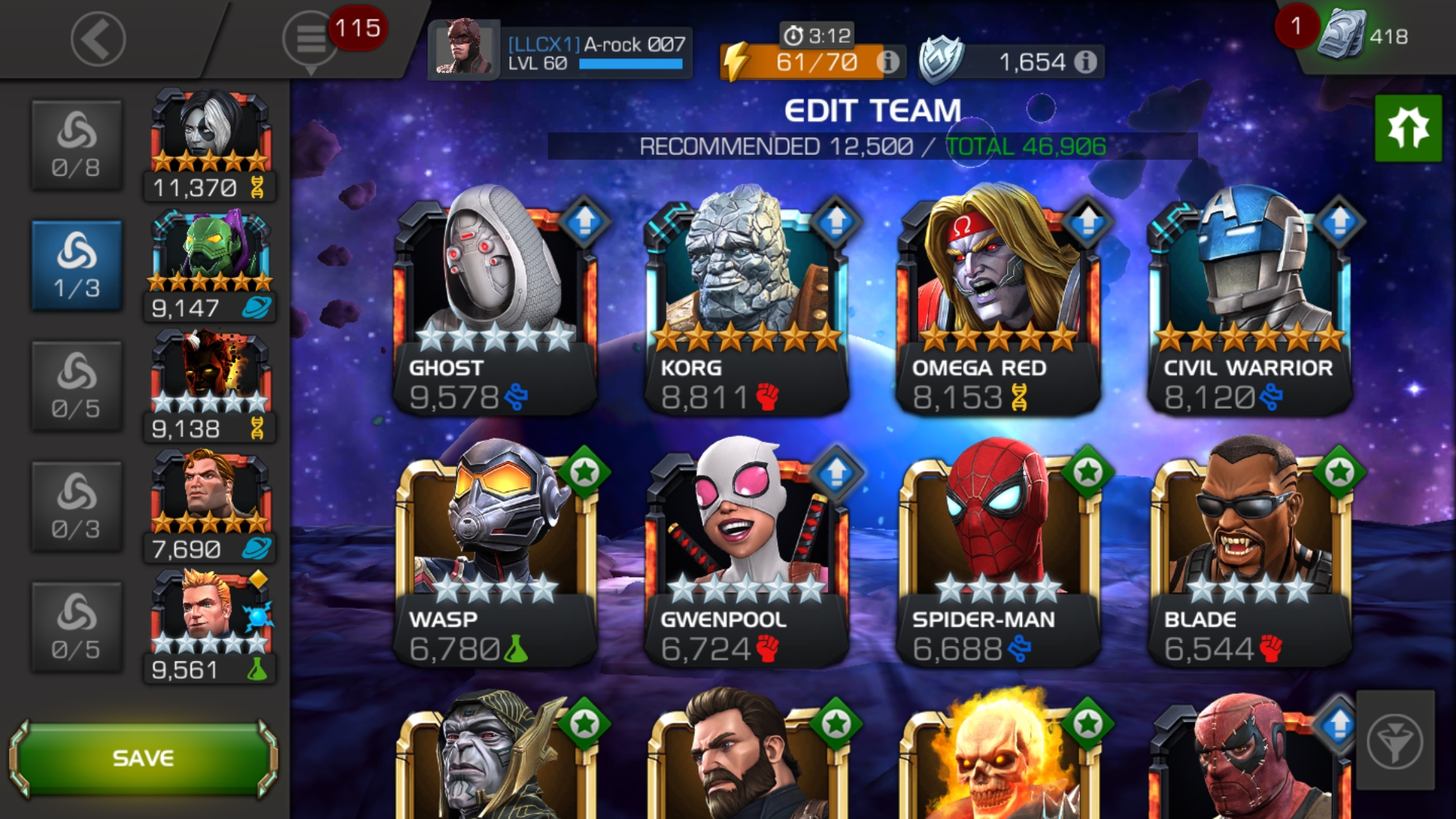