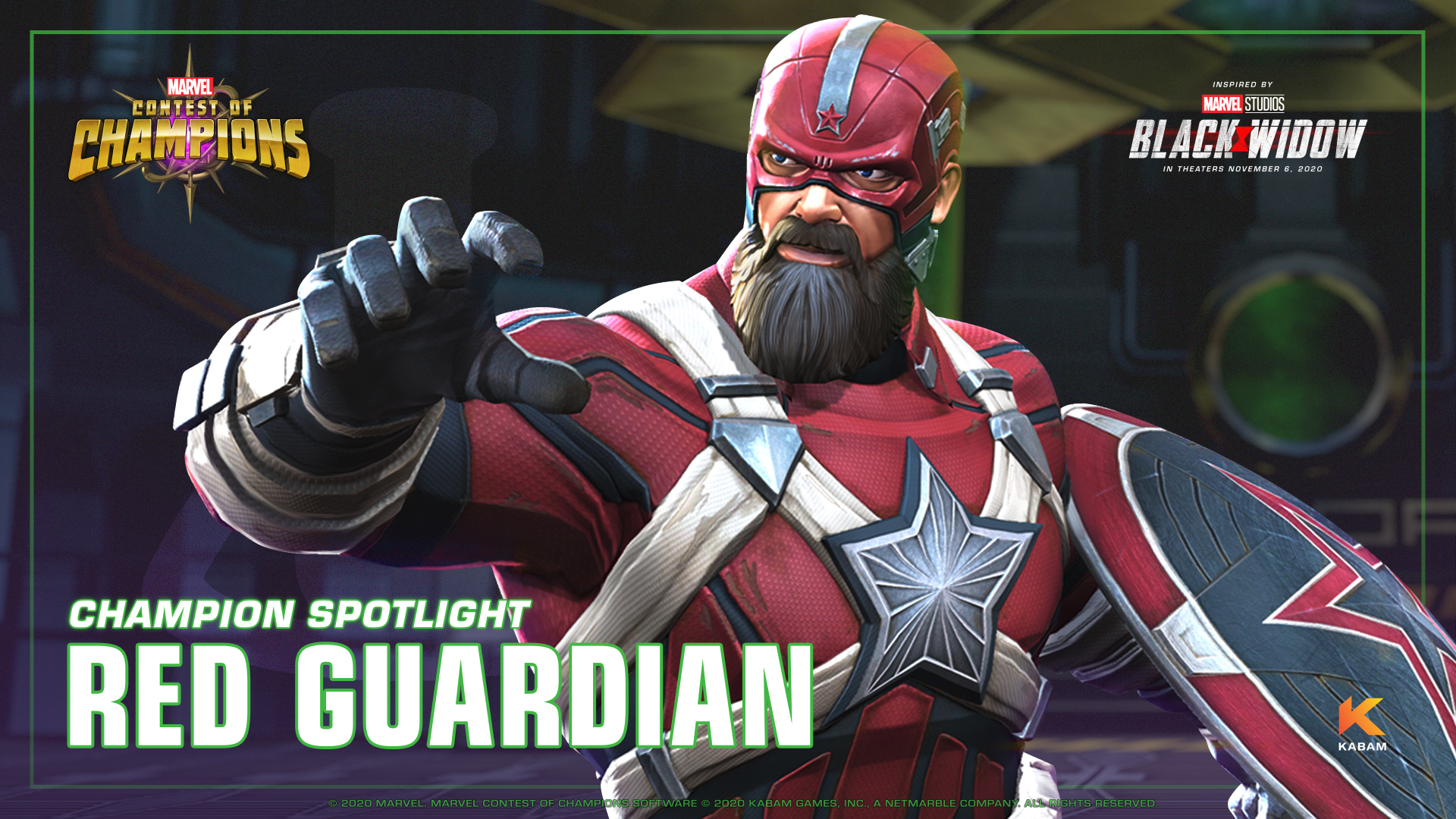 About RED GUARDIAN
Alexei Shostakov was one of the Soviet Union's most acclaimed pilots, crediting them with air supremacy over the skies of Stalingrad and Kursk during World War II and thus granting him national recognition. As the Cold War flared, Soviet Premier Nikita Khrushchev determined the Soviet Union needed its own equivalent to Captain America and seeing Shostakov's popularity, chose him to fill that role. The KGB then faked his death, training him in secret and turning him into a master of hand-to-hand combat and a highly skilled athlete.

Similar to Captain America, Red Guardian uses a shield in combat, however it’s not made of vibranium and thus is more susceptible to incoming damage. Red Guardian’s shield contains stacks of Durability which enhance it’s defensive capabilities. During combat shield Durability is lost whenever Red Guardian blocks an attack or throws a Special 2. Because Red Guardian’s shield is crafted from Ablative material, whenever it drops to 0 Durability it is Fractured and explodes in the Opponent’s face inflicting multiple Debuffs. Throughout his kit, Red Guardian has a variety of ways to trigger Debuffs on the Opponent. Building Debuffs on the Opponent for both damage and utility purposes is core to this champion, the more Debuffs the better!


Ablative Shield: Developer Note: While his Ablative shield is active, Red Guardian is one of few champions who is able to block Unblockable attacks. Additionally, when blocking such an attack the Opponent will be stunned, giving Red Guardian a window to start a combo!

On Fracture Developer Note: Red Guardian not only blocks Unblockable attacks while his shield is active, but he also flips the table on his opponent with a stun effect giving him an opening to immediately counter attack. This can be great in matchups such as the “Buff Toggle Unblockable” or any opponent who becomes Unblockable in their base kit.

Heavy Attacks: Developer Note: Stacking unique debuffs is a great way to deal high amounts of damage with Red Guardian and can give him a lot of damage potential when fighting on a node that puts debuffs on the opponent, or with synergy team partners that give him additional unique debuffs such as Mister Fantastic's pre-fight ability!