CoatHang3r Posts: 4,952 ★★★★★
May 2020 in Bugs and Known Issues
Storm (Pyramid X) is taking damage from the Shock 30 node in AQ map 7 with her lightning tempest active. Lightning Tempest is described as “ Lightning Tempest: Decrease the potency of incoming Shock effects by 100%”

I think the node’s function or description is flawed here since Corvus Glaive prevents the Shock from applying in spite of the +100% ability accuracy clause. 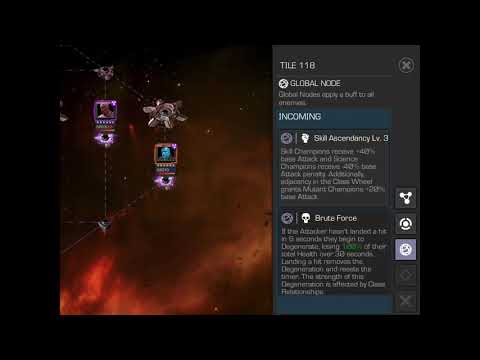