Kabam Zibiit Posts: 4,840Administrator ›
May 26 edited May 29 in Champion Spotlights 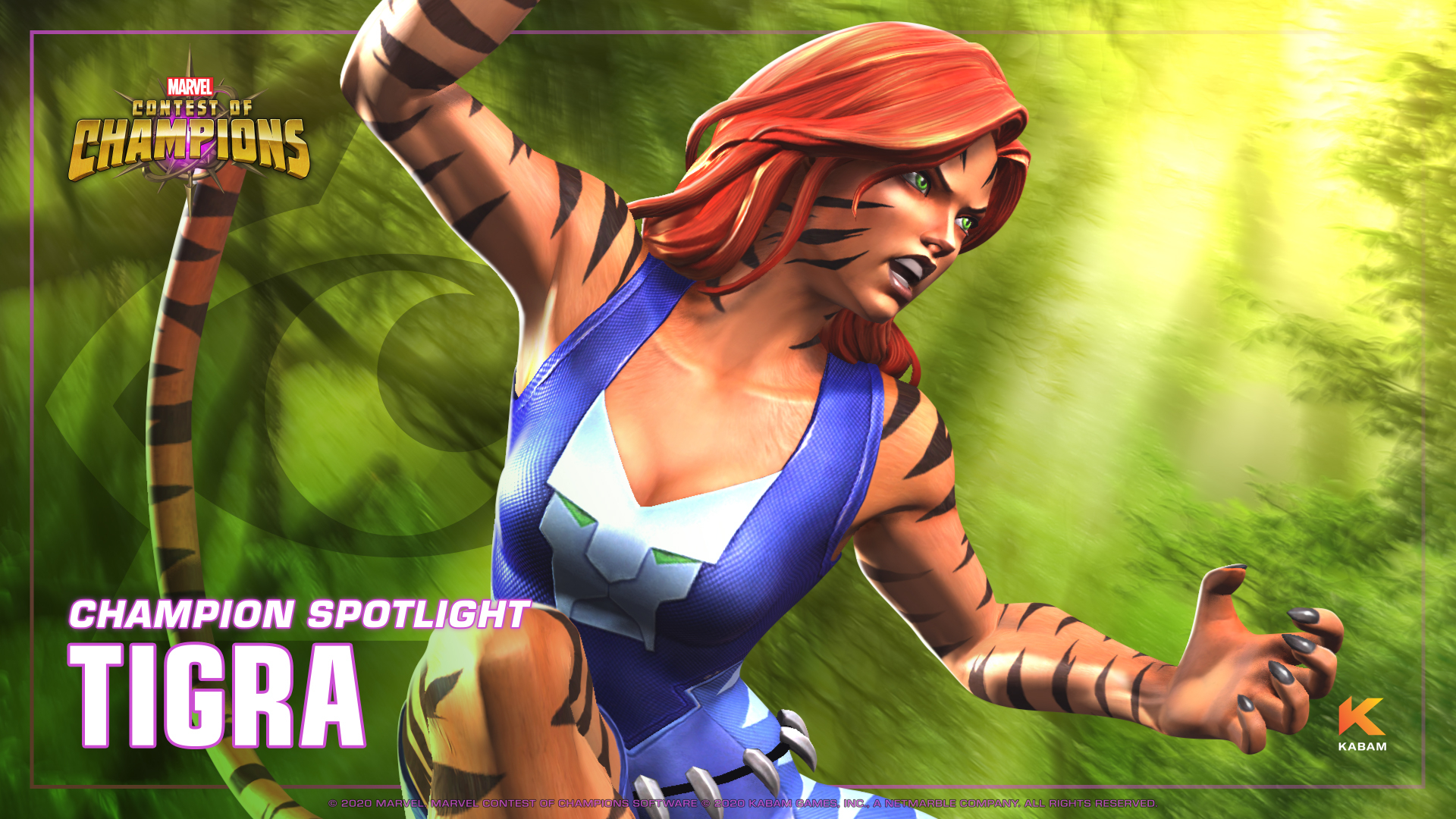 About Tigra
Greer Nelson was once a Super Hero going by the name “Cat”, who was gravely injured pursuing members of Hydra. In an effort to save her life, her ex-boss performed an ancient ritual which resulted in her possession by Tigra, the greatest Warrior from a race of humanoid cat-people.

While attacking, Tigra neutralizes her opponent, preventing them from gaining any Buffs and pausing the duration of her Primal and Huntress Senses. These Senses increase Tigra’s Power Gain and Damage output. While Charging her Heavy Attack, Tigra causes all non-contact hits during Special Attacks to Miss, making it easy to Punish difficult to avoid Special Attacks and maintain her aggressive game plan.


All Attacks: Developer’s Note: Neutralize is the only way Tigra can interact with the Opponent’s Buffs. She will excel and shut down Opponents generating Buffs when they are struck, but any other Buffs will be untouchable.

Heavy Attacks: Developer’s Note: Tigra’s Heavy Attack is the most important attack for her to land. Keeping these long duration Ruptures on the Opponent will lead to insane damage through the Special 2.