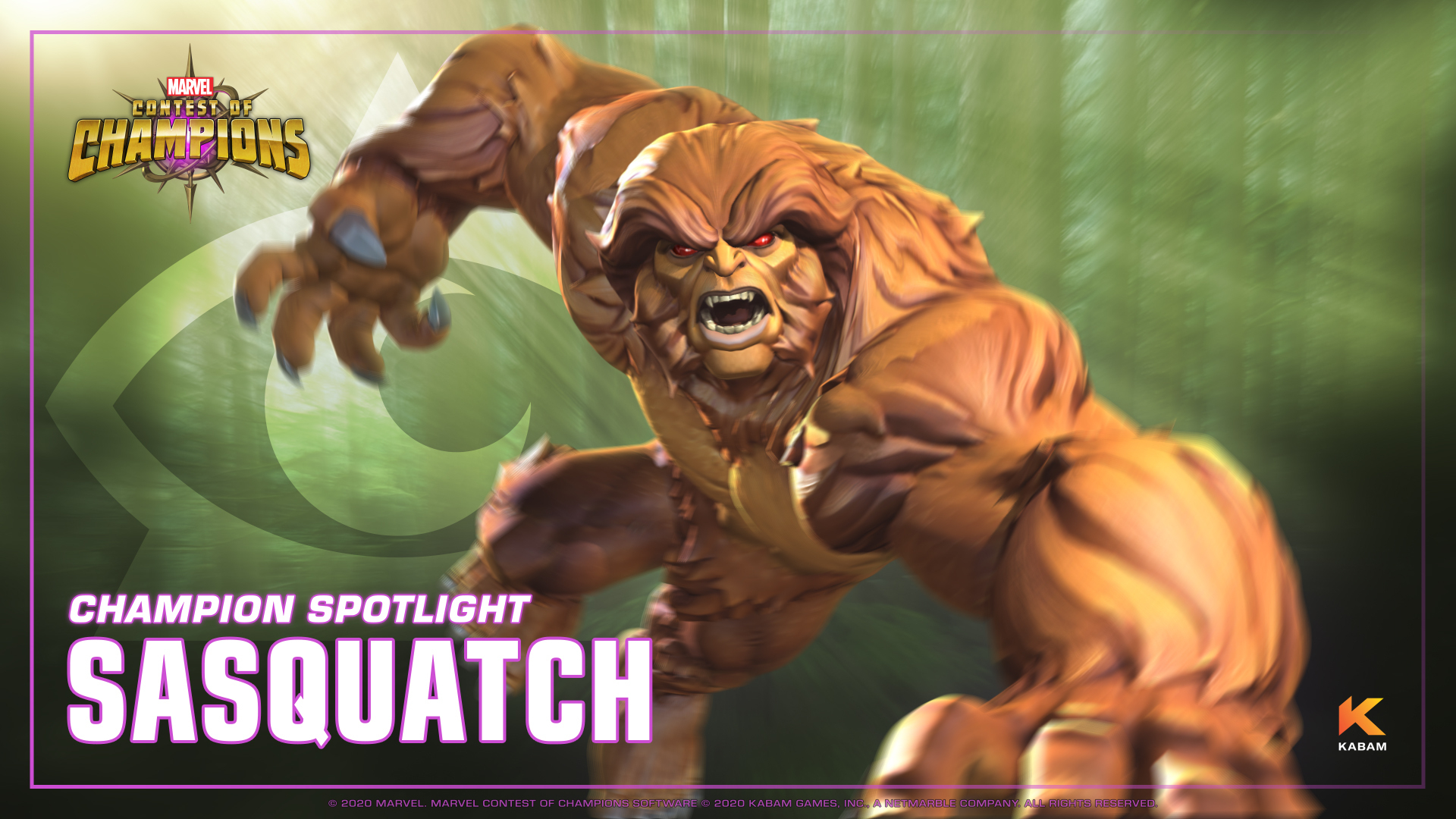 About Sasquatch
Dr. Walter Langkowski was a professor of both physics and biophysics at McGill University. Trying to achieve a “Hulk-like” transformation similar to colleague Bruce Banner, Langkowski subjected himself to self-experimentation with gamma radiation. Unknowingly opening a doorway between our world and the "Realm of Great Beasts". This allowed a mystical beast named “Tanaraq” to possess his body, granting him the ability to transform into a super-strong, orange-haired beast that resembled the legendary Sasquatch.

Sasquatch is the definition of a tank. Using stacks of Rage to reduce incoming damage and a powerful healing factor to mend his wounds, Sasquatch can take quite a punch before going down. Sasquatch also doesn’t rely on his Nullify to be strong, instead he becomes more powerful based on the Opponent’s Buffs, without needing to remove them! Throughout his fights Sasquatch will build Rupture Debuffs on the Opponent with his Medium Attacks, and use his Special 2 to convert them into raw damage. This works especially well when he’s in the “Wrath of Tanaraq” since this mode makes his Special Attacks cost a lot less Power and makes him Unstoppable in the process!


Wrath of Tanaraq: Dev Note: Once above 5 stacks of Rage each time an additional stack is gained Sasquatch has an increased chance to enter wrath. The longer Wrath of Tanaraq takes to trigger, the longer it will last, so there is no real downside if it doesn’t trigger right away.

During Wrath of Tanaraq, you’ll be getting a ton of power. Throw medium-light-medium combos into Special 2s and watch those Ruptures stack up some nice damage. Additionally, if Sasquatch is Awakened, he will be Unstoppable during Heavy and Special Attacks allowing him to spam opponents with little risk.