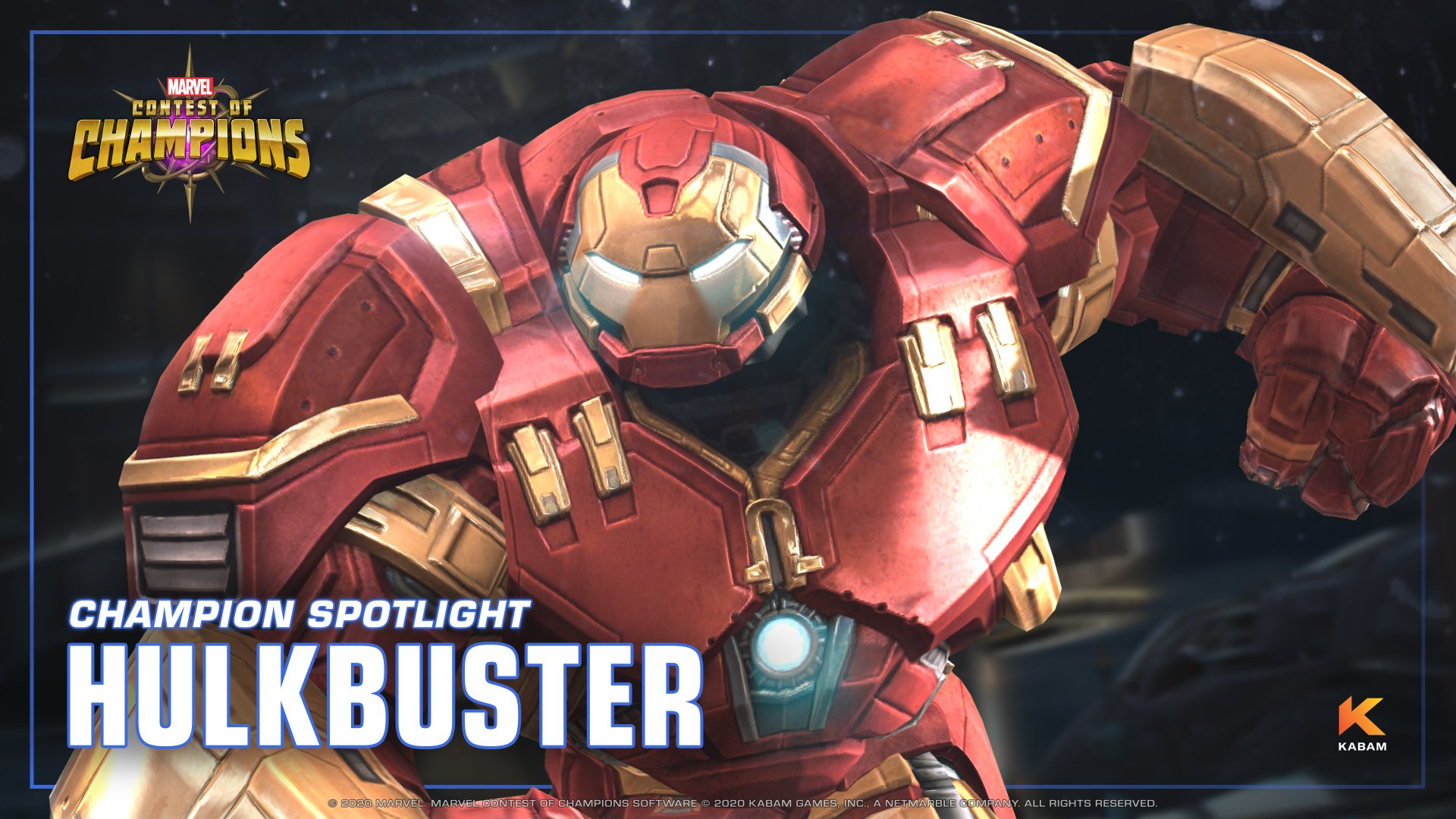 About Hulkbuster
Tony Stark, man of means and intelligence, knows what to do when it’s time to battle a raging Hulk – build a Hulkbuster exo-frame to bolster your armor. Loaded for maximum strength and power with loads of heavy weaponry, this is a must have for anyone looking to SMASH!

Hulkbuster is a ramping damage and power control Champion. Hulkbuster has received new mechanics based around breaking the opponent’s Block with Unblockable Special Attacks to gain bonus effects on each Special Attack. He also brings new mechanics with slightly different abilities based on him being an Attacker or Defender. Gain more damage and aggressive power as an Attacker, and more health regeneration and tanky stats as a Defender. Watch out for Armor Breaks though, as they will strip him of a lot of his power.


While fighting as an Attacker: Developer’s Note: Stacking lots of Hulkbuster's Shocks on the opponent will result in some massive increases in his damage output!

While Fighting as a Defender: Start of Fight & Every 15 Seconds: Brought Below 15% Health - Once Per Fight: Fighting Non-Cosmic Champions: Developer’s Note:
This stacks for EACH Armor Up buff on Hulkbuster, try and see how many you can get on him!


When Struck by Critical Hits: Heavy Attacks: Developer’s Note:
Stack as many of these as you can as an attacker to gain some massive damage via the bonus attack granted for each!


RECOMMENDED MASTERIES
Despair
Recovery
Coagulate CORRECTED: This Spotlight originally indicated that Hulkbuster would gain 860 Attack Rating per Shock effect on the Opponent, and that he had 100% Chance to Power Lock, severing the target’s flow of power for 3.5 seconds.
Post edited by Kabam Miike on June 2020
11
«12»