SummonerNR Posts: 5,994 Guardian
June 2020 in General Discussion
This isn’t a “why am I missing a day”. (my pics below, I know I didn’t update until 1 day later, as soon as previous month quests actually ended, prior to later that evening when claimed 1st day)

Rather, reading the recent MAIL MSG carefully, it says we have until morning of JULY 2nd (THURS, 3am Pacific) to pick up final Modok “Ticket”.

First, rather strange cutoff for claiming calendar item, sort of implies the WED Evening (July 1st) roll-over can claim another Modok day (even though you wouldn’t have a full 24 hours to do so before it vanishes).

But even then, the last day to claim is supposedly 2 days before that, on MONDAY Evening, JUNE 29th. Giving you 24 hours to claim up until it disappears on TUES Evening (June 30th, before 5pm Pacific or 8pm Eastern-NY). 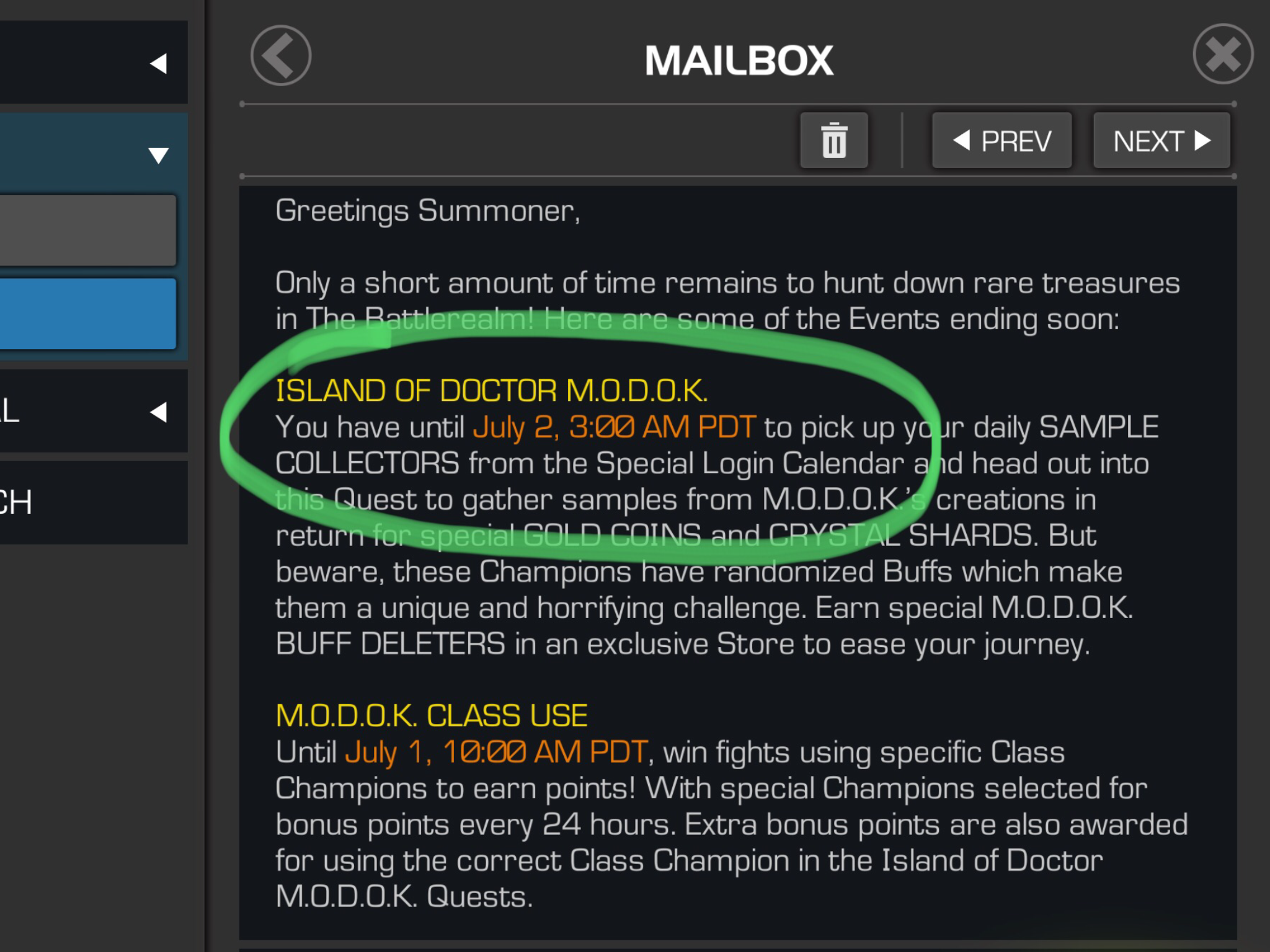 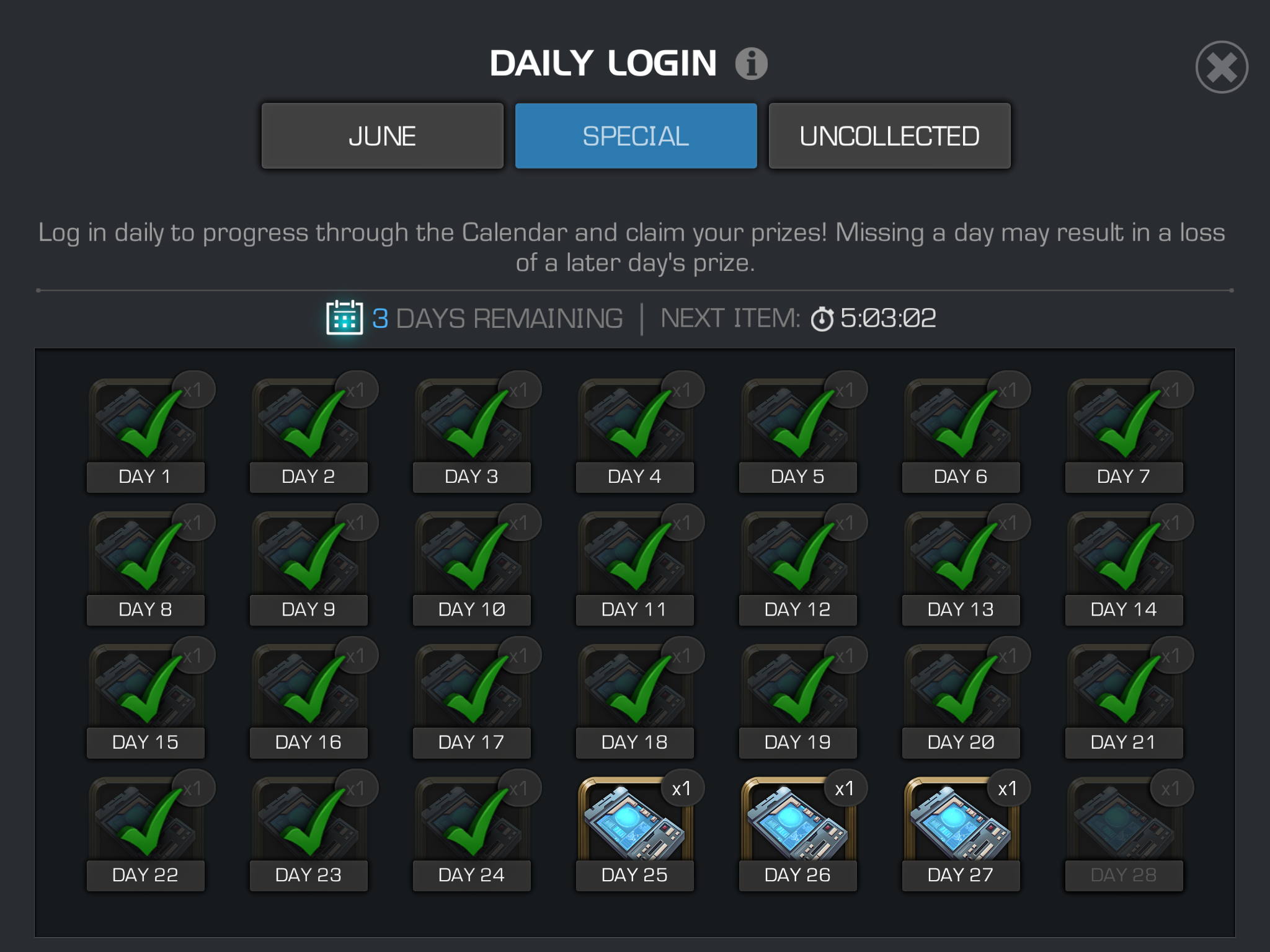 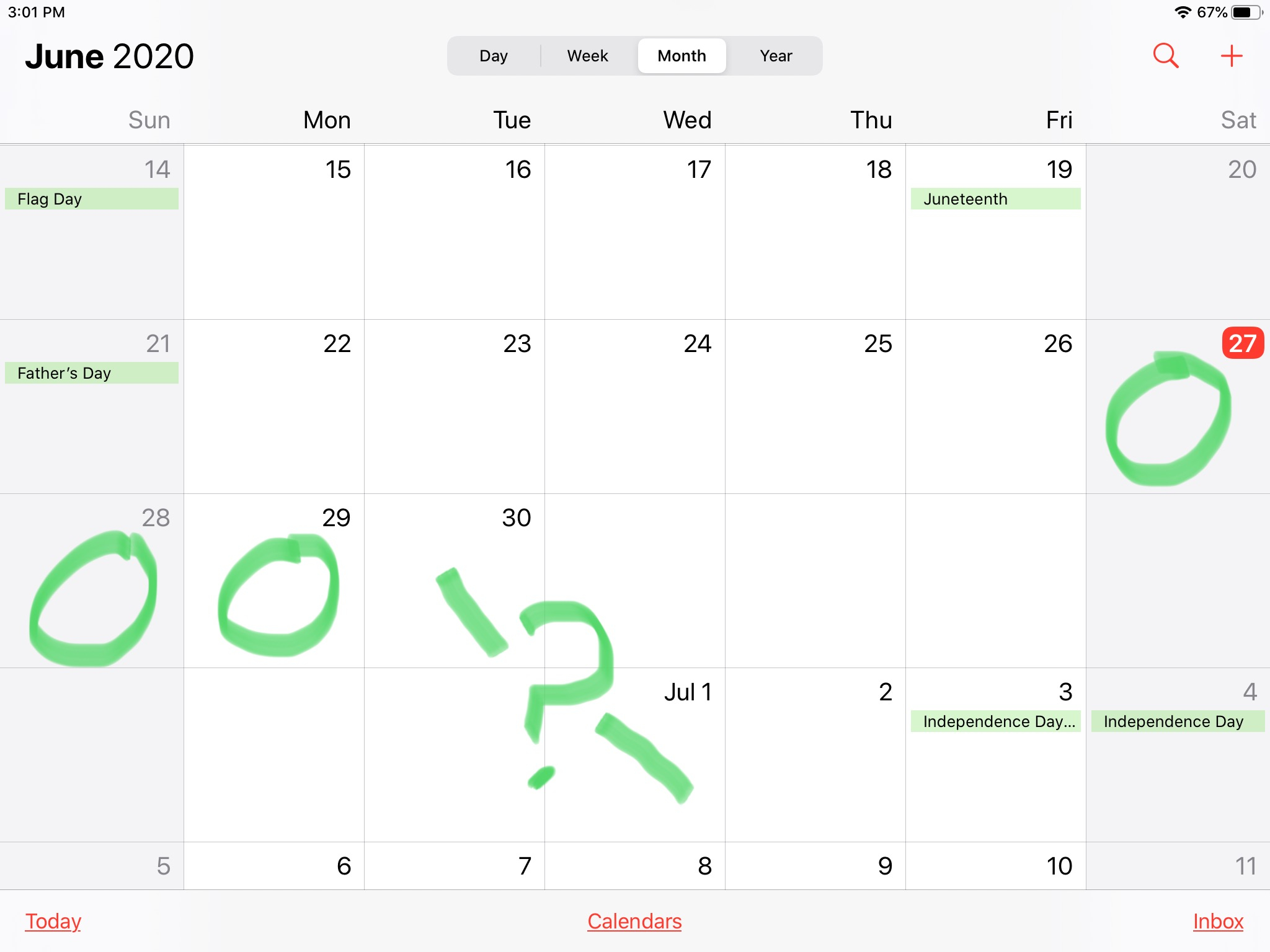