Aleor Posts: 2,792 ★★★★
July 2020 in Strategy and Tips
So aol gave me cosmic ag. I have 6* drax. I also have corvus and og cap marvel. Out of those 3 I obviously like drax most. Plus I don't really see any cosmic champ I'd like to use the gem on. Unless they add 6* hype at least.
So does drax benefit from his sig a lot? Stacking furries sounds nice, but I guess he still will not hit as hard as hype? 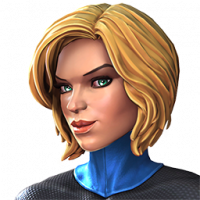