*This is evidenced by Nick Fury being unable to place his bleeds while under Black Iso8’s effects.

Experienced in the Arena, likely not exclusive to the arenas.

Recorded on an iPad Air latest gen with current iOS and game build on wifi. 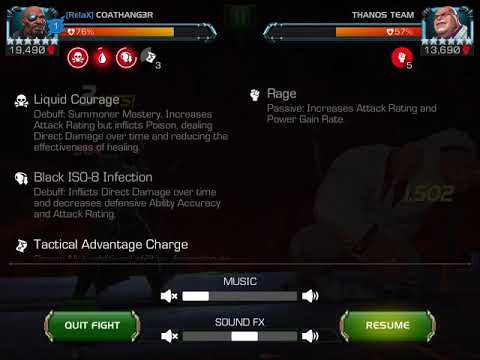