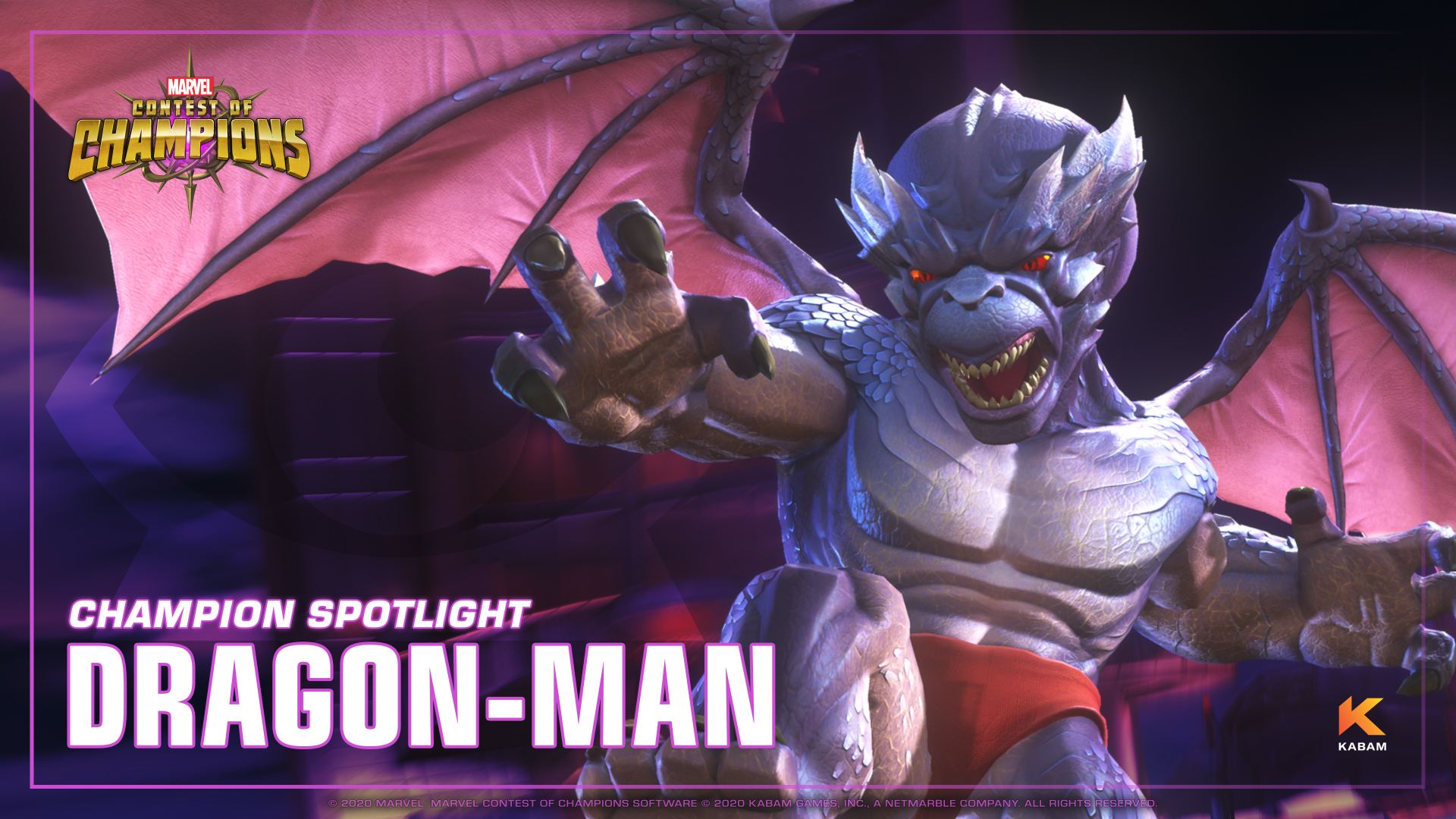 About Dragon Man
Dragon Man was a lifeless android constructed by Professor Gregson Gilbert, then brought to life by Diablo through a combination of Science and Alchemy. Dragon Man spent much of his existence being manipulated into combat by Heroes and Villains alike, until Valeria Richards upgraded his Programming. Now with both super-intellect and immense strength, Dragon Man acts as a guardian for the children of the Future Foundation.

Dragon Man is a momentum based Champion focused on sticking his opponent in the corner and beating the heck out of them. Dragon Man uses his aggressive Power Gain to repeatedly knock his Opponent down and generate Unblockable for a short duration, keeping up his momentum. Once he gets the Opponent in the corner he gains massive bonuses to Attack and reduces Power generated by the Opponent when struck.