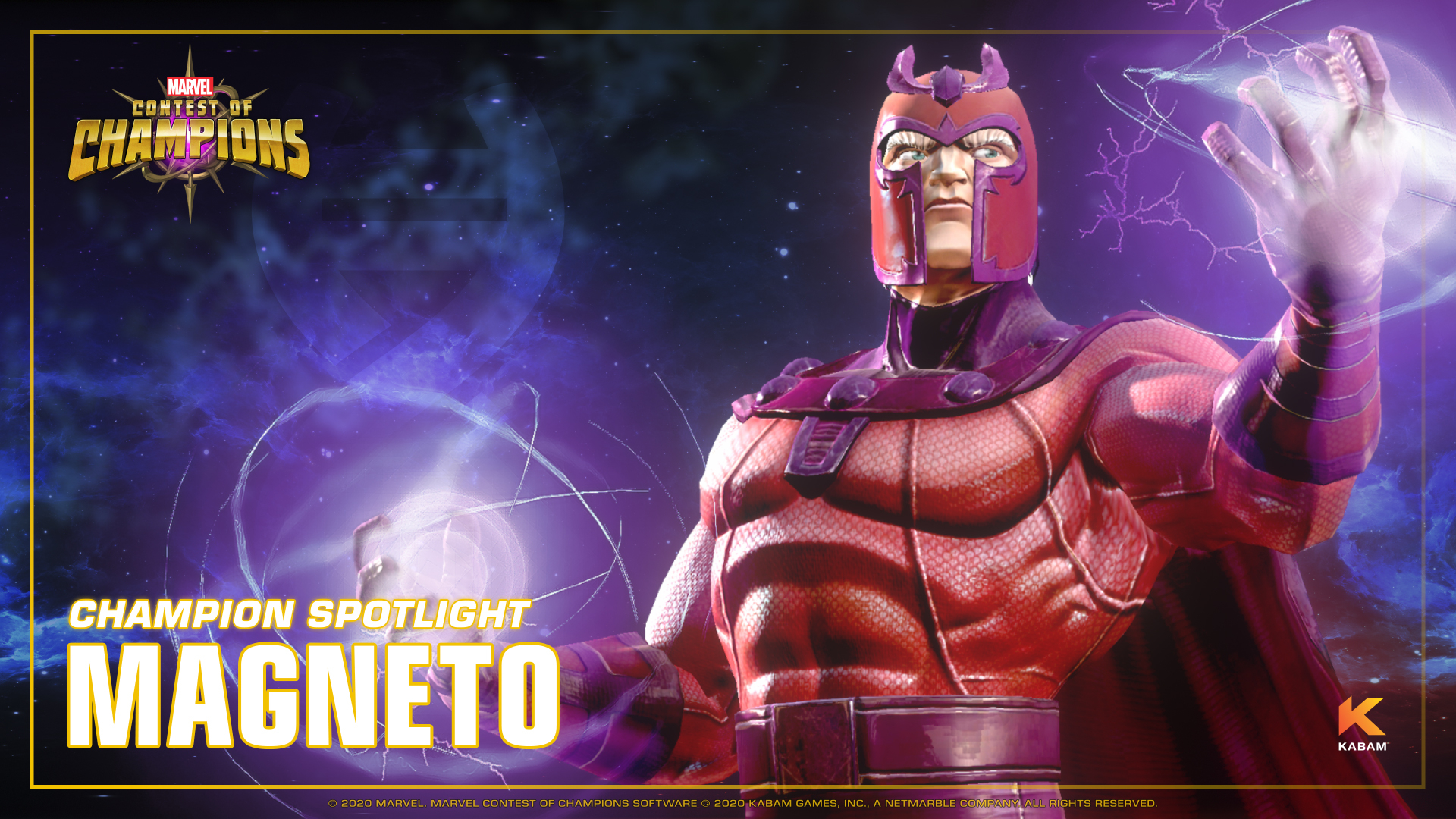 About Magneto
The Master of Magnetism, Magneto is one of the most powerful- and iconic - mutants on Earth. As Max Eisenhardt, he experienced unspeakable atrocities. As Magneto, he crusades for the rights of mutants - often at any cost. He commands the forces of magnetism, generating force bolts or manipulating metal at will. Sometimes champion, sometimes fanatic, Magneto has fought with the X-Men as often as he has fought against them.

Magneto is the new king of Prowess and Bleed in The Contest. Using his mastery over metal he will reduce #Metal opponents to nothing more than a slight annoyance. Unleash massive Special Attacks after stacking tons of Prowess buffs for insane damage.


Magnetism - Fighting #Metal Champions Dev Notes: This massive amount of reduction to both Regeneration Rate and Ability Accuracy is going to let you cruise through any #Metal opponent you might run into!

Mutation - Always Active Dev Notes: Don’t Forget that Perfect Block Chance will increase your Parry Stun time. That is going to be key in getting the max out of Magneto’s heavy Charge!


[Magnet] Ignore Class Disadvantage Dev Notes: Yes this does include the superior class!

Knock the Opponent Down Charging Heavy Attacks Dev Notes: This is going to be your Key to getting massive bleed on the Special 3 Attack, as well as amping all your special damage. The timing is just right that you will have a small visual cue right when the charge is done.