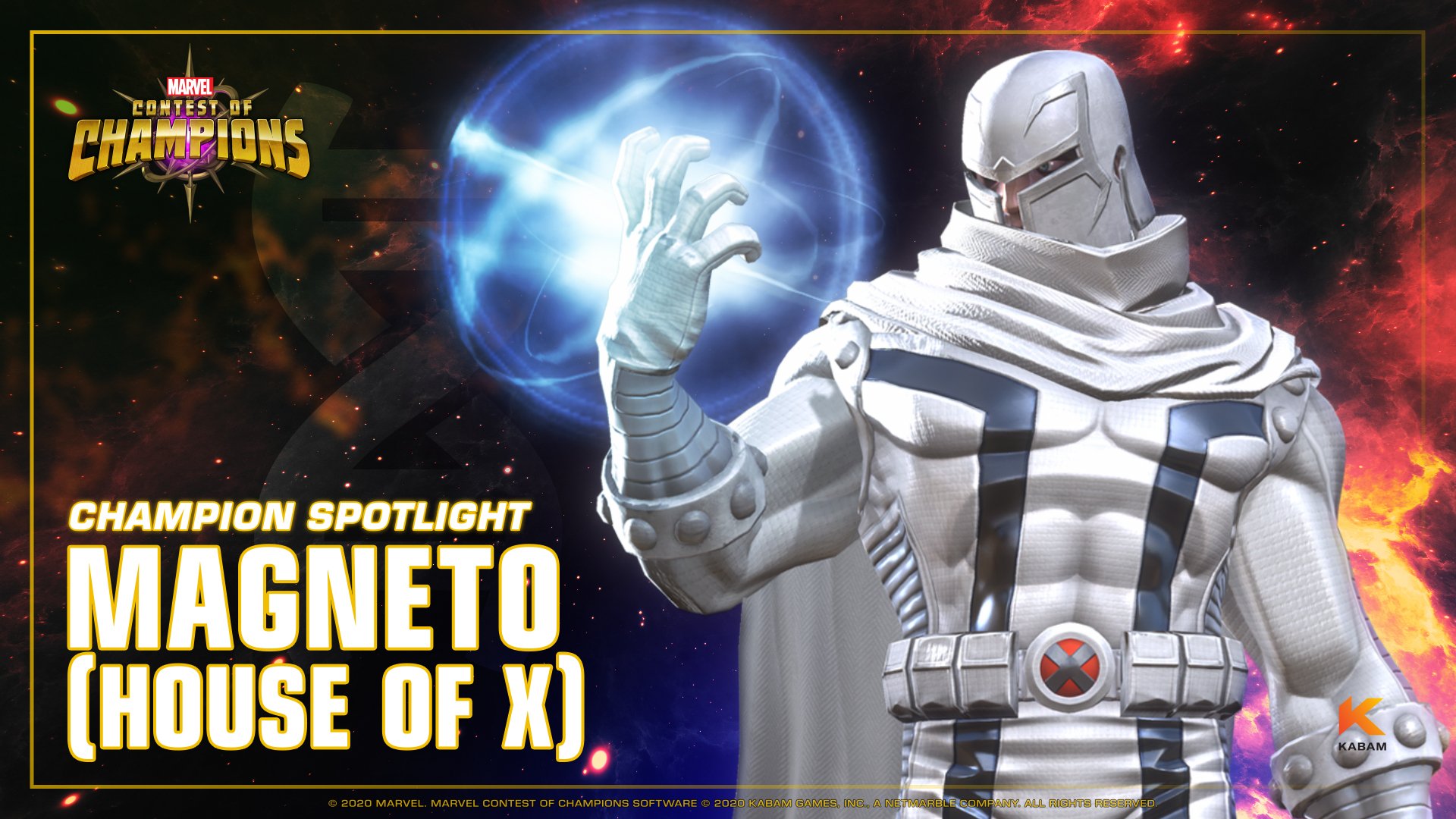 About Magneto (House of X)
The Master of Magnetism has embraced a self-proclaimed role of detective, judge, jury, and executioner against those who harm mutants. One of the greatest Marvel anti-heroes ever, Magneto exacts his own form of mutant justice, by any means necessary.

Unlike Classic Magneto, this fresh version of Magneto (House of X) will be ready to fight alongside any #Metal and #Hero Champions and give them some serious stat boosts. He’s also no slouch on damage himself. Combine tons of Prowess with Armor Break, Bleed, and Degeneration.

Pre-Fight: Guidance Boost Heavy Attacks Special Attacks Dev Notes: Maximize your Damage with having as many Prowess up when you activate them as you can!