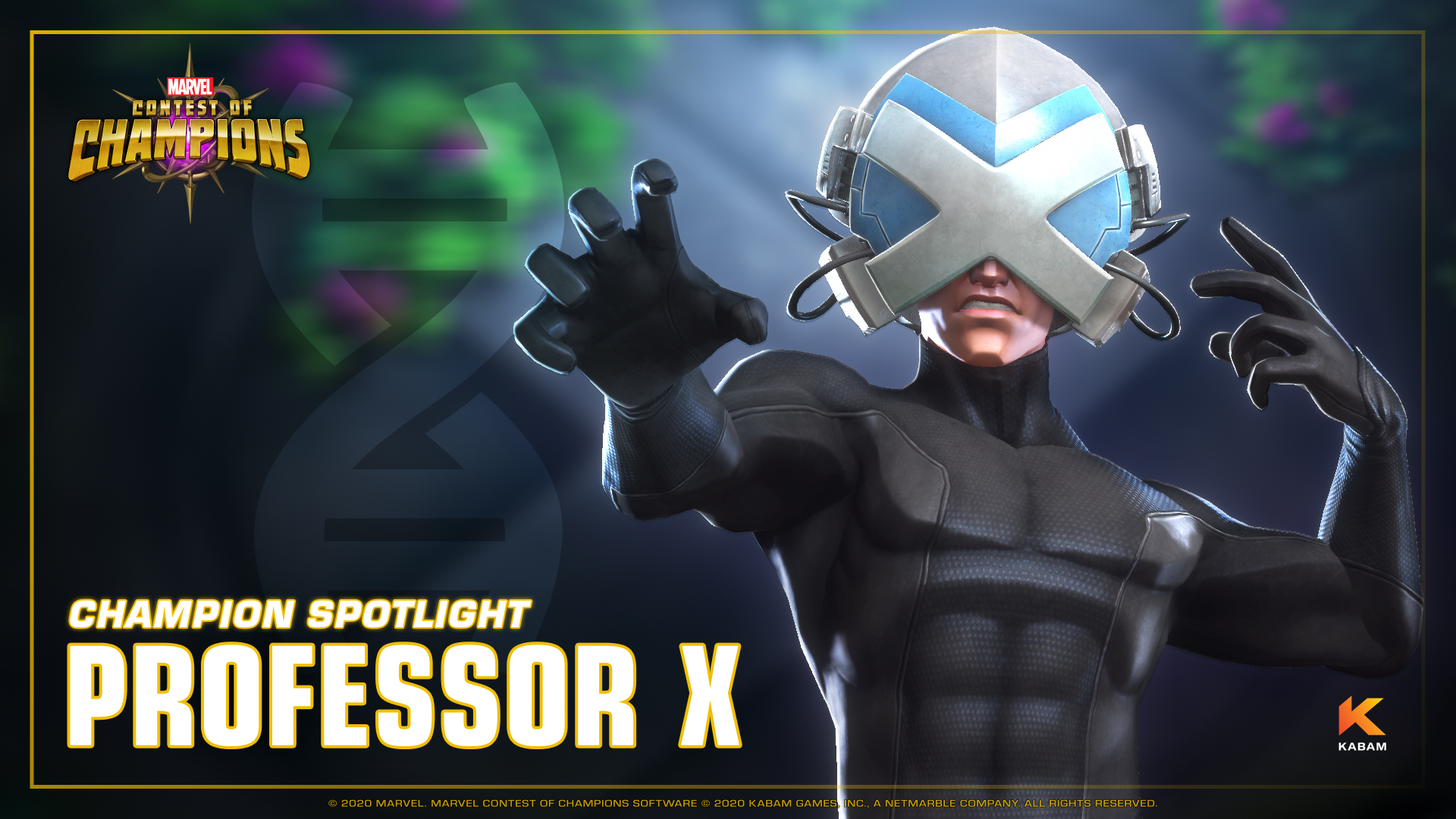 About Professor X
Professor X believed in peaceful coexistence of mutants and humans, but this all changed when Moira MacTaggert revealed to him the inevitable demise of mutantkind, unless Professor X could change his ways. Under the new moniker “X”, he gave up his old dreams. No more would mutants endure the afflictions and prejudice of humankind. Under the formidable rule of X, the mutant nation of Krakoa was founded. And those who defy the nation must enter the Mindscape and face Professor X in a duel of mental strength.

Professor X channels his psychic power to Mind Control his Opponents, locking them from using Special Attacks and gaining power. As Professor X wins fights, he gains Cerebro Charges, boosting the effects of his powerful synergies.


Mutation - Always Active Falter Developer’s Note: This ability allows Professor X to safely Channel without being attacked. It’s up to the player to maximize Professor X’s Falter ability. The more attacks he dodges, the more he can use it.


Persistent Cerebro Charges - Max 4 Charges Developer’s Note: One of X’s greatest features is his toolbox of useful synergies. Unlike most, Professor X can increase the potency of his synergies by winning fights.

Channeling Developer’s Note: Channeling is a mechanic that's new to Professor X! In game, watch for pink and purple waves emanating from Professor X, indicating that he is Channeling. When Professor X is defending, this is a great window to punish him.

Channeling - Completing and Cancelling Developer’s Note: Players are able to cancel out of the Channeling during the Special 1 and 2 Attacks by inputting an action. The way you cancel your Channel will decide what effects are activated! There’s quite a lot of potential for some interesting plays with this ability so we’re excited to see what you guys come up with!

SYNERGY BONUSES
Birthright With Professor X Developer’s Note: All of Professor X’s synergies provide a bonus to Mutants and X-Men on his team, excluding himself. Each of these effects scales with his Cerebro Charges, making him an even better support for every fight he wins.