As mentioned in our Dev Diary on The Champions of the Contest, we’ve been working on some major revisions to Solo Events! We started by looking at ways to add Signature Stones to Solo Events, but then decided, why stop there?

There are some big changes coming to Solo Events, including updates to the rewards and solo crystals!

Currently, Solo Events are available to Summoner in 3 different buckets based on Prestige. We’re doing away with this, and moving to use Campaign Progression instead!

There aren’t any new events at this time, but there are some things to note.

First, while the number of points for doing a certain task will not change, as your progression level increases, the points required to achieve each milestone will as well. This should help less experienced Summoners achieve these milestones, and progress with a player as they move further in their journey.

Hero Use has seen a pretty big update. A big part of it is that 5-Star and 6-Star Champion usage now gives more points than 4-Star Champion usage. Additionally, players gain different amounts of points depending on if they are fighting in an Arena, Duel, or Quest, and get bonus points based on the rarity level of the enemy defeated!

Make sure to check out the “How to Score Points” info for events when they come back around.

The new Supreme Solo Crystals contain some very valuable rewards, such as 5 and 6-Star Arena Boosts, 4 and 5-Star Signature Stone Crystals, 4-Star Awakening Gems, as well as Lesser Champion, Health, and Attack Boosts, and even a chance at 4500x Tier 5 Basic Catalyst Fragments or 7200x Tier 2 Alpha Catalyst Fragments! These Crystals are only available to Summoners that have become Uncollected, and also don’t contain any Experience Boosts!

Right now, different events give different rewards. Moving forward, all events will have the same set of Milestone and Rank Rewards. That just makes sense, right? 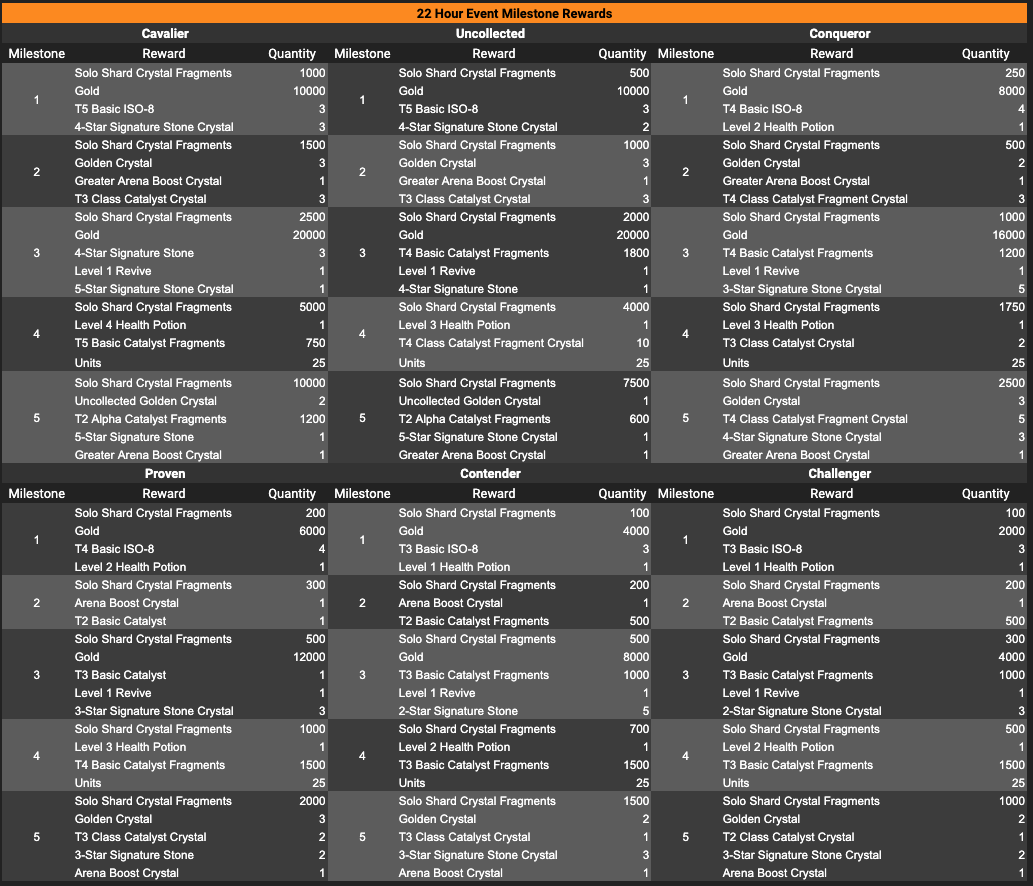 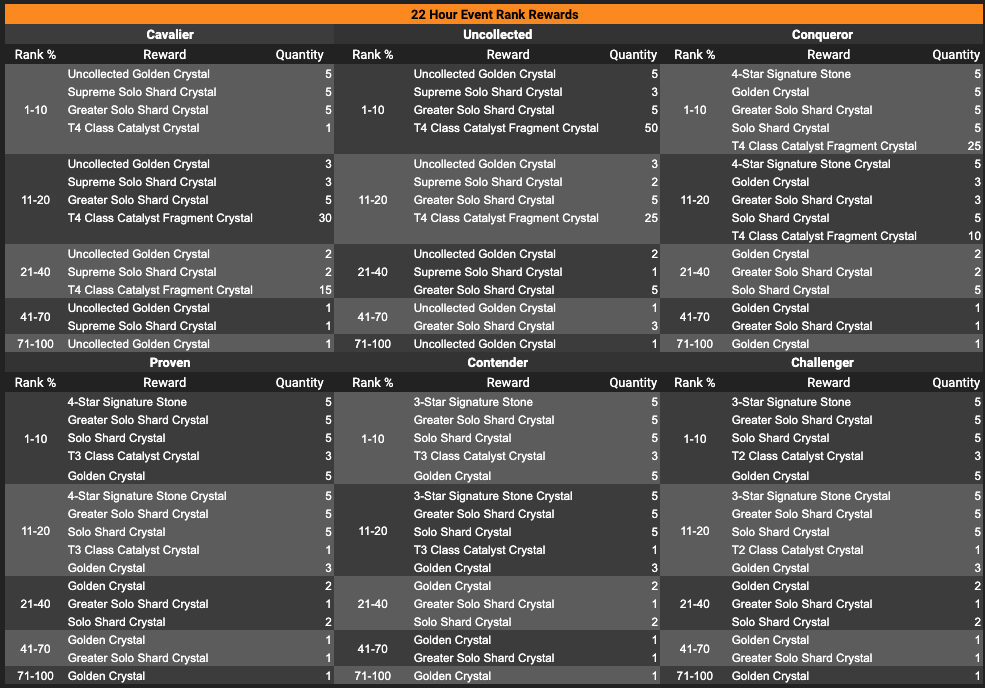 You won’t be waiting long for these updates. New Solo events are going through final passes with our QA team, and are targeted to launch on Tuesday (barring any possible last-minute issues found in testing that could cause a delay)! Keep in mind that some of the old 7 Hour events may spawn before the new ones are activated. Additionally, the new 22 Hour Quest Completion Solo Event will not spawn until October, as it requires the October Monthly Quest to accurately award points.
Post edited by Kabam Boo on September 2020
11
«1234567…11»