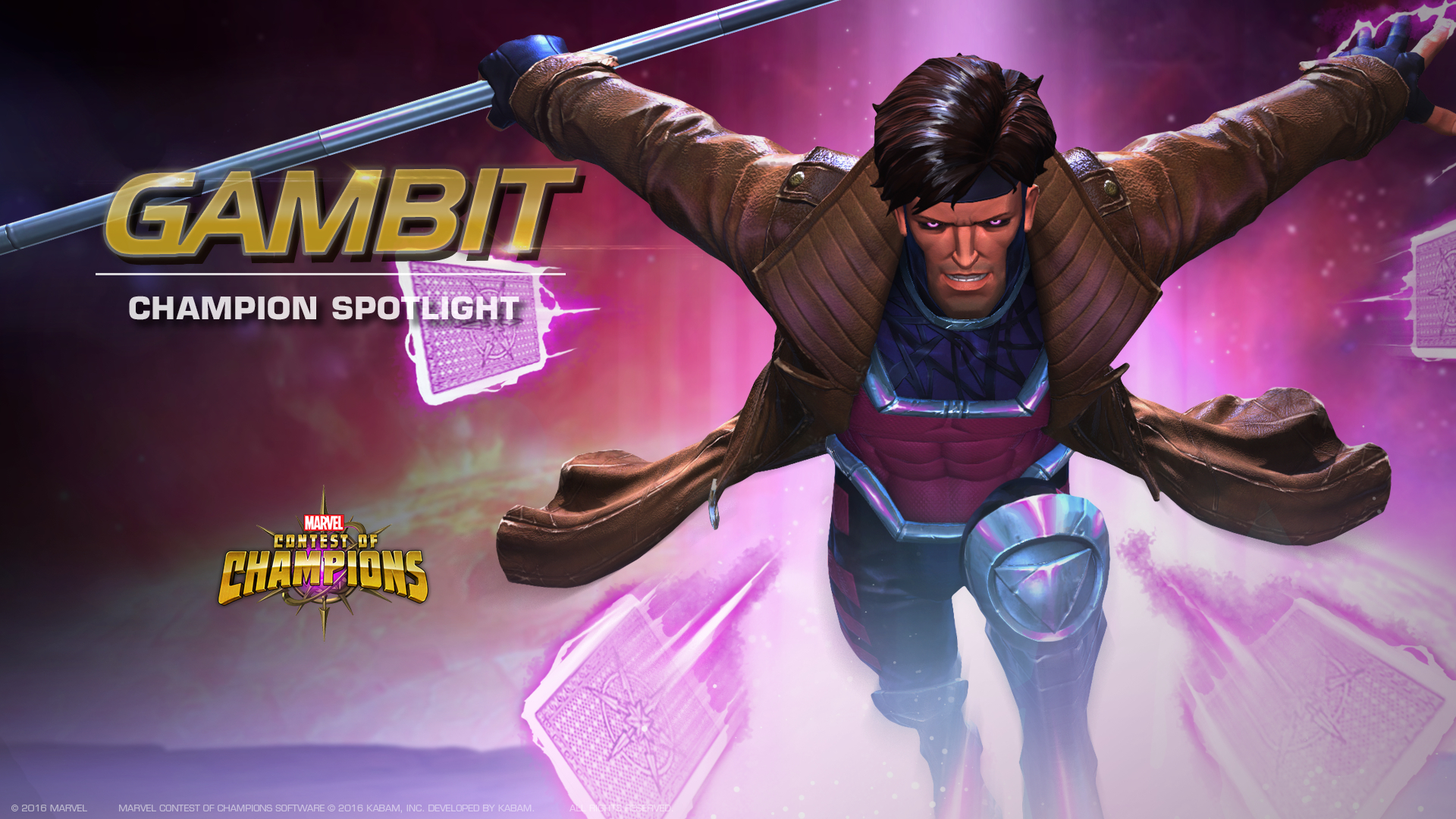 About Gambit
Remy LeBeau, raised by thieves on the dark streets of New Orleans was eventually forced to leave that life behind after winning a duel he wasn’t meant to. Gifted with the power to supercharge objects he touches with powerful kinetic force, Gambit now fights alongside his fellow mutants to protect mankind, while also occasionally dipping into his more scoundrel-like nature to pull off a heist here and there.

Gambit is coming back into The Contest with a new Stun stacking special smashing style. Use your prowess to deal some huge special damage and stack your Stuns to lower the opponents Combat Power rate and Regen rate.


Blocking Dev Note: Gambit has the same base timer for building his Kinetic Charges, but they do not slow down nearly as much and he should be able to hit the cap of 10 much faster now!

Stun Dev Notes: Combine Gambit's new abilities found here with his on Heavy Charge prowess and Parry to stack Stuns and tons of damage against your opponent.

Flak Jacket Dev Notes: Bleed Resists as well as Armor and Critical Resistance are going to leave the new and improved Gambit stronger than ever.