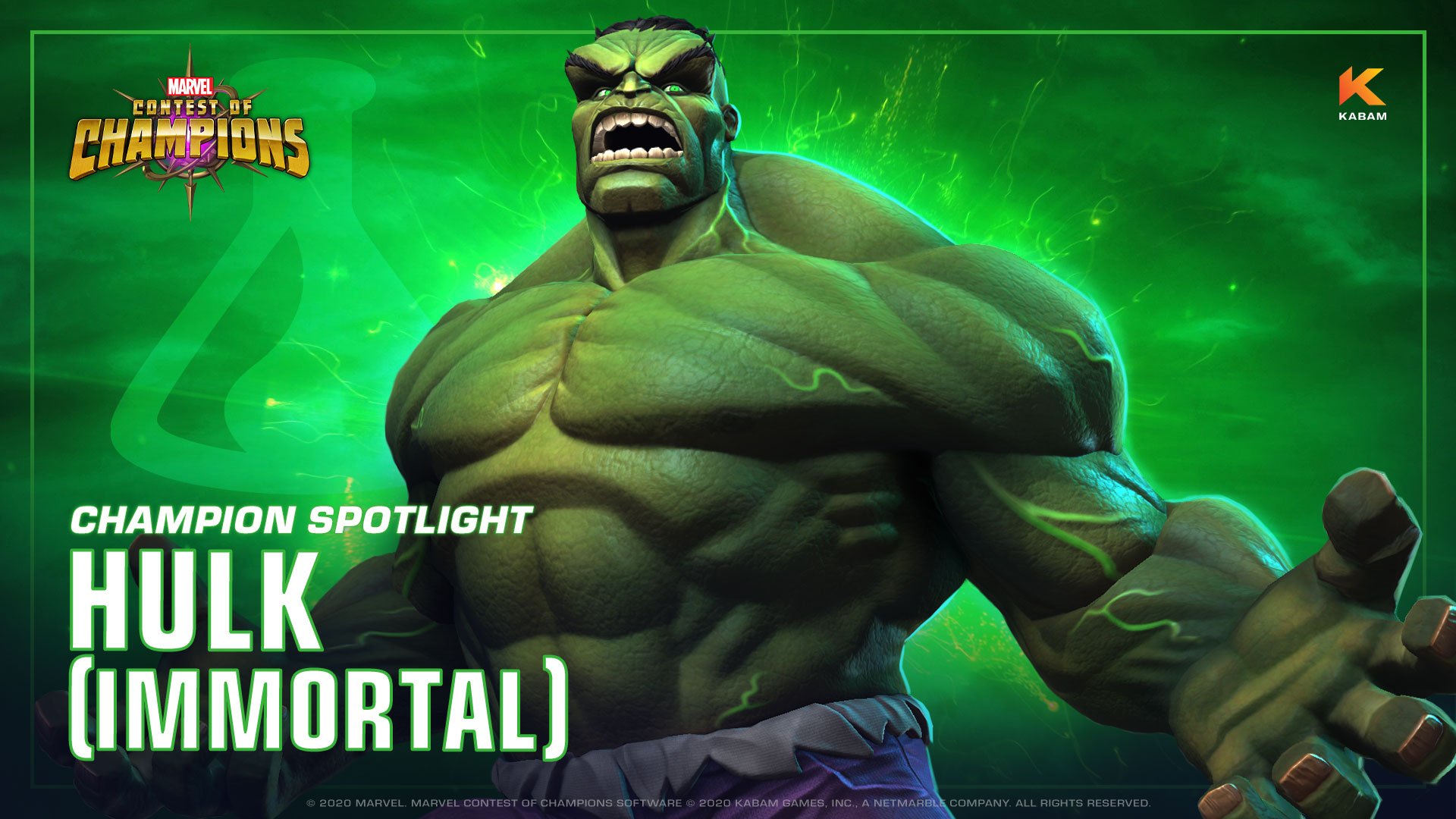 KNOWN ISSUES: We are currently aware of the following Live Issues that we are working to address as soon as we can:
- When you're healing you are not Invulnerable, and if you take damage it doesn't store as Radiation.
- Entering immortality from degen damage triggers indefinite Invulnerability.

Change to Rage - Based on player feedback, the Rage ability will be changed so that Rage stacks won't expire during an opponent's Special Attack, in order to make it a bit easier to sustain Hulk (Immortal)'s Rage stacks. The ability will read as follows:


About Hulk (Immortal)
The Incredible Hulk is dead, but resurrected in his stead is a monster much more frightening. In the day, he is a lifeless shell of what used to be Bruce Banner but the night is his time. The Immortal Hulk has overpowered the other Hulks, becoming dominant. Now in complete control, even the Gods fear this green demon of the dark.

Hulk brute forces his way through fights, dealing more damage for each RAGE stack he has while also dealing damage to himself. However, when Hulk would be knocked out, he enters Immortality, allowing him to strike back from beyond the grave and recover the damage he dealt to himself.


Gamma Mutate - Always Active RAGE - Max 25 Stacks RAGE Attacks Developer’s Note: Hulk’s damage grows with every RAGE stack, but he also deals increased self-inflicted damage, so make sure you have Immortality ready, otherwise Hulk can get himself dangerously close to getting knocked out.

Persistent Gamma Radiation - Max 100% Developer’s Note: As you can see, Hulk will store all of his self-inflicted damage as Gamma Radiation, including Recoil Damage! So it’s not gone forever!

Immortality Developer’s Note: Hulk’s gameplay is unusual because his Health Bar will fluctuate dramatically throughout a fight. This can be useful for setting off abilities that trigger off of Health Thresholds, but also risky against Heal Block or when his Ability Accuracy is lowered.