Home› General Discussion
**KNOWN ISSUE**
An unknown error has resulted in Grandmaster Gauntlet progress being reset for a portion of our playerbase. As a result, we will be temporarily removing the Grandmaster Gauntlet as a playable mode. The mode will be reinstated when the team has resolved the issues.
**FIXED**
There appears to be a bug causing missing VFX (visual effects) for a number of elements including traps, phasing and some blocking animations.
THIS ISSUE WAS FIXED ON SEPT 26

I beat the Champion and the Grandmaster... in one day! 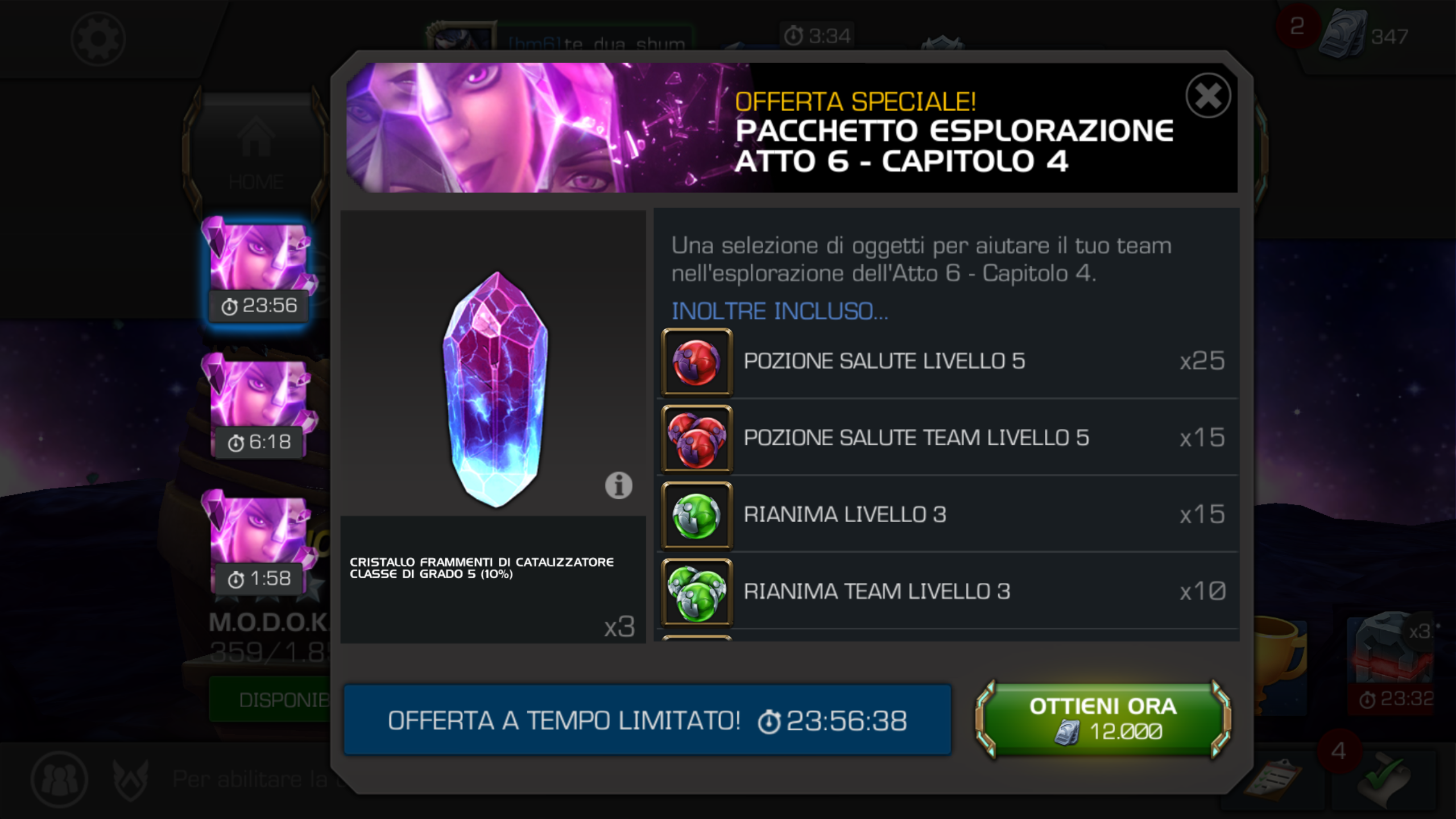 this is my second thread opened on the forum, because i don't really like bragging about what i've done in the game (though i love bragging when i pull a good champion, i admit ^^"), but i'm really too proud of what i've accomplished yesterday.

It all started two days ago, when i tried to do the 2nd chapter of the champion challenge and failed miserably and didn't feel ready enough to do V5 exploration, so i decided to try the second chapter, first time ever trying Act 6 after becoming cavalier in april. I entered the quest, did the fights, beat the boss and thought:"it isn't that bad". I continued, fight after fight, boss after boss, and when i actually two-shotted the Champion without any prior practice i realized that i could actually complete the whole Act.

So i decided to go on and do the 3rd chapter, and it was 2:00 A.M. when i finally beat Cap IW. I started the 4th chapter, but i was really tired, so i took a break and went to bed. The next morning i just chilled a bit, and in the afternoon i decided to finish my run. One boss down, two bosses down, three bosses down... Until i reached the Grandmaster, took a breath and went in. Results? As you can see from the pic at the start of this thread i was able to complete all three acts in less than 24 hours. Never been more proud of myself in this game, i'm still excited *_*

Rewards weren't that good, at least for champions pull: two hood dupes, quake dupe and miles morales dupe from 5* dual crystals, twenty more sigs. on my 5* doom from the Nexus (a good nexus, but i didn't make any difference to my roster), 6* beast dupe and 6* Spider-Gwen (the only really good pull); what i loved was the amount of rank-up resources that i've got, giving me a lot of options now *_*

I will surely post a detailed list with chosen paths and how good or bad were the bosses, but right now i want to wait for the new Act coming in (actually it dropped just as i was editing this thread, so excited *_*), i was just too happy to keep this achievement for myself *_*

Thank you very much to all of you that has stopped by, i hope you're all well, i'll leave you for now with this screenshot, taken when fighting the grandmaster: i wasn't recording the fight, i just pressed the button when i saw the "K.O" popping up on the screen ^_^ 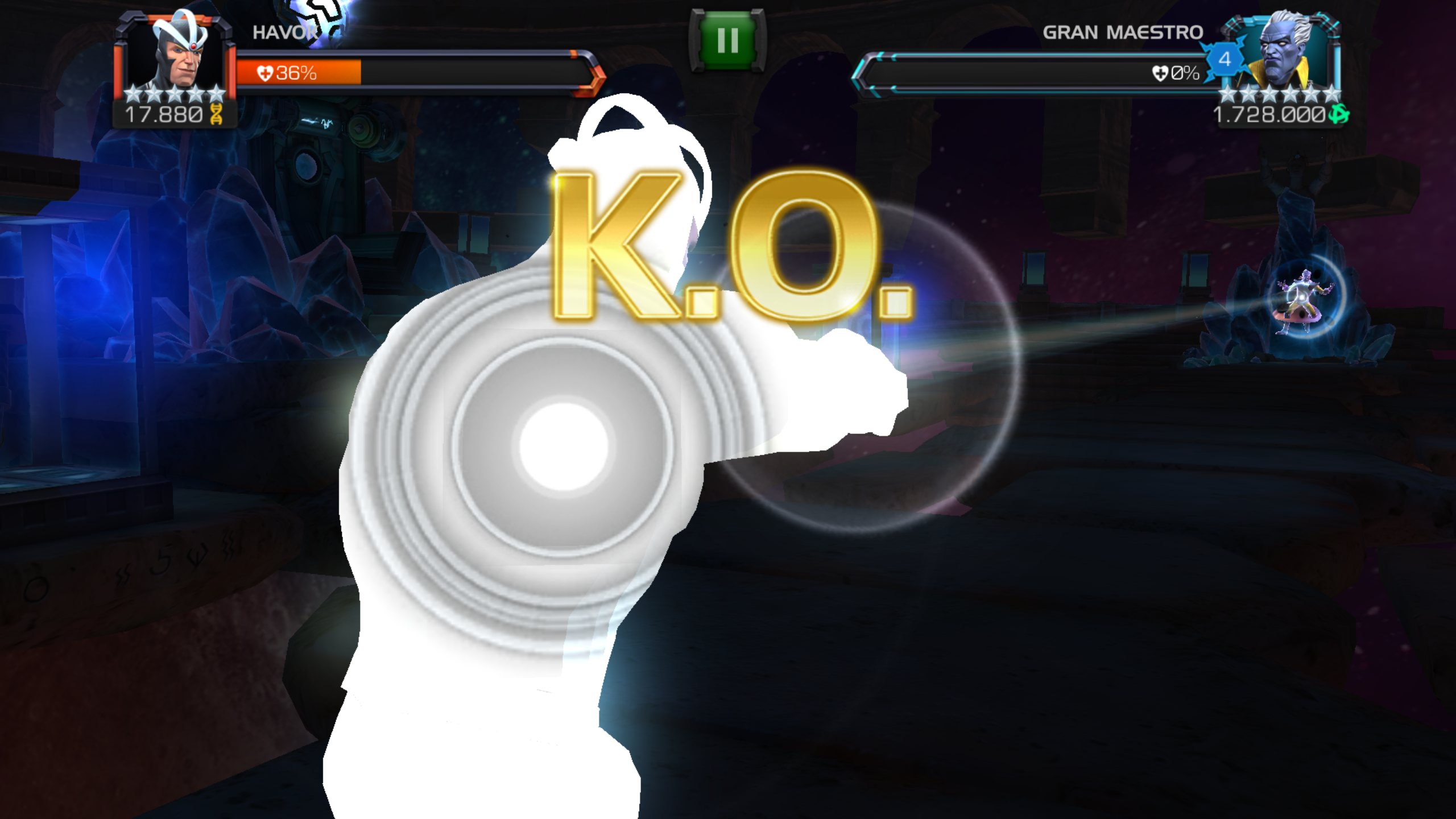