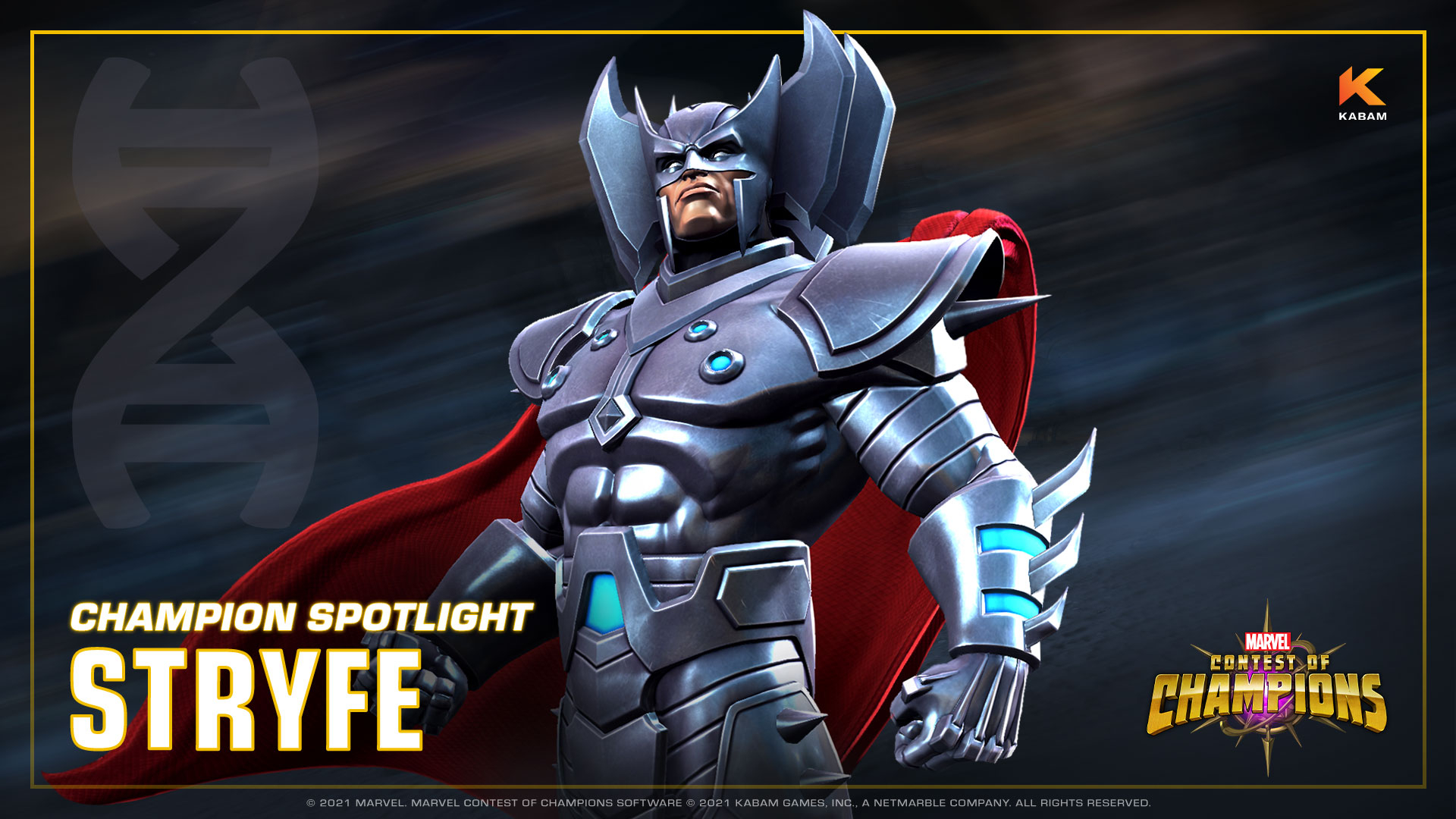 About Stryfe
A child was created as a clone of infant “Nathan Summers” in the hopes of salvaging his techno-organic virus ravished body. Thinking this child to be Nathan, Apocalypse kidnapped him and raised him as his own, giving him the name “Stryfe” and encouraging the boy's arrogance and cruelty in preparation to one day transfer his own consciousness into Stryfe’s body. Years later, during the ritual of transferring Apocalypse's mind into Stryfe, it was discovered that he was actually a clone and thus unfit to house the essence of Apocalypse. Feeling betrayed by both what he thought were his real parents and his adoptive father Apocalypse, Stryfe grew up as an embittered madman seeking vengeance on those who wronged him.

Stryfe uses Heavy Attacks and his Invisibility Cloak to build Telepathic Charges, using these as a resource in his kit! With these charges he is able to Concuss the opponent, block Unblockable attacks, stun Unstoppable opponents, glance incoming attacks, or ramp his damage potential! Telepathic Charges can also be stored as a persistent charge to carry throughout the quest by using Special Attack 3 or by winning a fight! All of this makes him a great option for really long and extreme fights like those found in the Abyss!

STRENGTHS: Block Unblockable Attacks
While Stryfe has a Concussion on the opponent he is able to block unblockable attacks, this can be done fairly easily throughout the entire fight if need be!

Stun Unstoppable Opponents
For the cost of 2 Telepathic charges, Stryfe can strike an unstoppable opponent, removing their unstoppable effect and inflicting stun! This is a very handy trick to use when fighting an opponent who goes unstoppable at unpredictable moments such as the final boss of the Abyss!

WEAKNESSES: Vigilance and anti-miss
Opponent’s who are able to bypass Miss will counter Stryfe’s cloak and make it hard to ramp up charges quickly.

Shock Immune or Energy Resistance
Stryfe gets a nice chunk of his damage through his shock and his basic energy attacks, anywhere where the opponent is immune or has resistance to energy damage will significantly reduce his damage output.


ABILITIES:
The following Stats and Abilities are based on a Rank 5, Level 65, 5-Star Champion

Telepathic Charges - Max 20: Dev Note: Stryfe’s Heavy Attack is a great way to top up on Telepathic charges. The more full bars of power Stryfe has the higher this chance gets, reaching 100% at 3 full bars.