Sundance_2099 Posts: 1,079 ★★★
January 13 edited January 13 in General Discussion
If you're not up on the comics, here's a handy primer of which superhero teams are represented in MCOC. NOTE: I have restricted this to solely teams appearing in the mainstream 616 universe, I've also ignored the movie versions of comic characters - hence no Falcon, Ronin, Ant-Man or Wasp.
Second Note: I've gone with the most notable teams and largely stuck to the first time someone joined a team and limited myself to the X-Men in general, rather than breaking it down into Blue, Gold, Red, X-Treme etc. subteams. I've also skipped most of the Dawn of X teams. 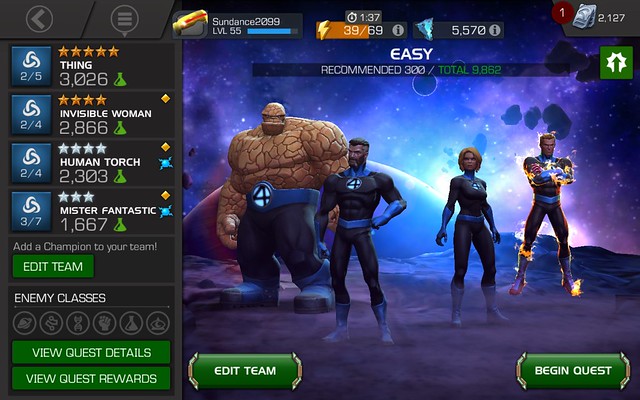 The Fantastic 4 debuted in Fantastic 4 #1 in 1961. The first four members of the group are the most famous: Mr Fantastic, Human Torch, Invisible Woman and The Thing. They’re not the only members, however. Medusa of the Inhumans joined in 1973’s Fantastic Four #132, replacing Sue when she and Reed were having marital difficulties. Medusa remained on the team until 1975’s Fantastic Four #159. The next new member of the Four was Luke Cage in 1976’s Fantastic Four #168, when he became a temporary substitute member to replace Thing who had lost his powers. Cage’s time on the team was short, he left the team in #170 after spending #169 under the control of Puppet Master. She-Hulk joined the team in 1985’s Secret Wars #12, as Thing left the team to remain on the mysterious Battleworld. She-Hulk’s tenure ended in 1987’s Fantastic Four #300. In 1990’s Fantastic Four #347, Spider-Man, Ghost Rider, Wolverine and the Hulk were manipulated into believing the original F4 had died and replaced them as a ‘New’ Fantastic 4. This team lasted until 1991’s #349. In 2007, after the events of the Civil War event, Reed and Sue left the team in #544. They’re replaced by Black Panther and Storm. The pair left in #550 the same year, with Reed and Sue rejoining. In 2011’s Fantastic Four #587, Torch was apparently killed. Two issues later, the team disbanded and the title was relaunched as Future Foundation, with Thing, Mr Fantastic, Invisible Woman and Spider-Man. The Four reformed for 2012’s Fantastic Four #600, with Spider-Man leaving the team in #605. The most recent member of the Fantastic Four is Iceman, revealed in 2020’s Fantastic Four vol 6 #24 to have been a member during the early days of the team when Torch angrily quit the team at the same time Iceman had angrily left the X-Men. This retcon chronologically places Iceman as the first substitute member.

X-Factor
The first incarnation of X-Factor was made up of the first five X-Men: Cyclops, Iceman, Beast and Angel, appearing in 1986’s X-Factor #1. Their roster was largely unchanged, but in 1991’s X-Factor #70, the team disbanded and rejoined the reorganised X-Men. X-Factor was reorganised itself as a US government team in #71, led by Havok.

X-Force
Cable’s X-Force team appeared in X-Force volume 1, Sunspot joined the team in X-Force #15 and left in #28. Cable briefly left the team, before his death #18. He returned in #25. Domino had apparently been a member since New Mutants #100, but was later revealed to be a shapeshifter in disguise. The real Domino was a supporting character in the title after this, but didn’t join the team until #30.
The second X-Force team, led by Wolverine, launched in 2008’s X-Force vol 3 #1. Also a member at that time was X-23. Domino joined the team in 2009’s X-Force vol 3 #11. Archangel joined in 2008’s #8.
In 2010’s X-Men: Second Coming #2, Wolverine created a new version of X-Force, which Psylocke and Deadpool joined, whilst X-23 and Domino left. Nightcrawler joined in Uncanny X-Force #19 in 2011.

Excalibur
Excalibur debuted as a British based spin off of the X-Men in 1988’s “Excalibur Special Edition”. Among its founding members was Nightcrawler. Colossus later joined the team in 1995’s Excalibur #92. Psylocke was a member for a short-lived second team in 2001.
A completely unrelated third team appeared in 2004/05 which included Professor X and Magneto in its roster.
A fourth team is currently appearing in a series which began in 2019, starring Rogue, Gambit, Jubilee and Apocalypse.

Generation X
Generation X launched in 1994, first appearing in Uncanny X-Men #318, before launching into their own series. Jubilee was a founder member, whilst Emma Frost was one of the teachers. 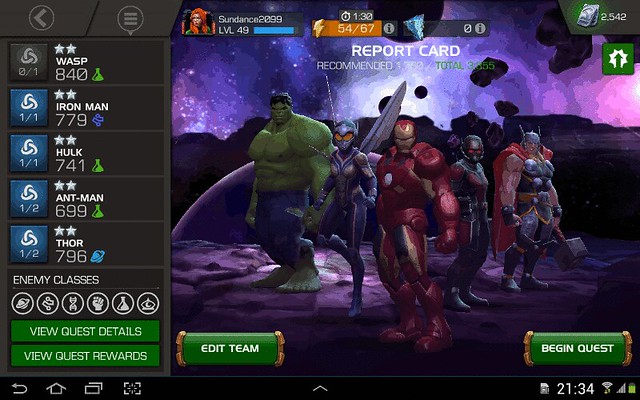 Uncanny Avengers
The Uncanny Avengers – formally known as the “Unity Division” – came about after the events of 2012’s “Avengers Vs X-Men” event. The team debuted in Uncanny Avengers #1 and was founded by Captain America, Wolverine, Havok, Rogue, Scarlet Witch and Thor. Doctor Voodoo joined during the AXIS event in Avengers & X-Men: AXIS #9 in 2014. Uncanny Avengers Vol 2 #1 saw Sabretooth and Vision join, before leaving in #5. Spider-Man, Human Torch and Deadpool all joined in Avengers #0 in 2015. Spidey left in Vol 3 #1. Cable joined in Vol 3 #4 in January 2016, leaving in vol 3 #23 along with Deadpool. Beast joined in 2017’s Vol 3 #28.

US Avengers
In 2017, Marvel debuted U.S. Avengers, featuring a team led by Sunspot and counting Squirrel Girl among its members.

New Warriors
The New Warriors debuted in New Warriors #1 from 1990. Night Thrasher and Nova are among the founding members. Darkhawk joined in 1992’s #22. 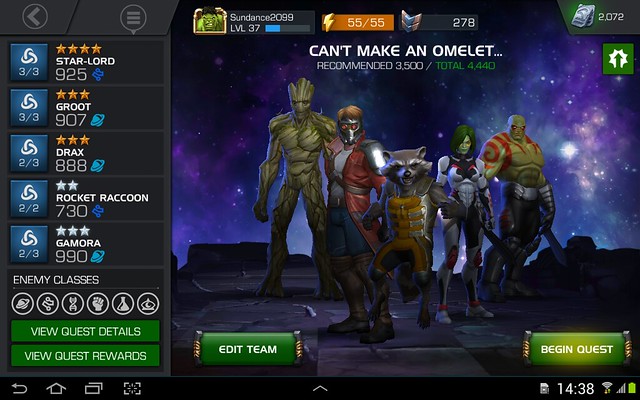 Alpha Flight
Alpha Flight made their full debut in Uncanny X-Men #121 in 1979 with a roster including Sasquatch and Guardian.

Defenders
The Defenders are not who you might expect. In 1971’s Marvel Feature #1, the team formed with Doctor Strange, Hulk and Namor. Silver Surfer joined in Defenders #2 in October 1972. Hawkeye joined for a short stint in 1973’s Defenders #7 leaving in #10. Luke Cage joined in Defenders #17 in 1974. In 1982’s Defenders #104, Beast joined.
In 1983’s Defenders #125 the team was reorganised as a more formal team and the title became New Defenders. Beast, Iceman and Angel were among the founders.
A second volume in 2001 reunited the original Defenders, along with Silver Surfer.
A fourth volume in 2011, included the ‘main four’, along with Iron Fist.
In 2017, a fifth volume united the cast known from the TV show, including Daredevil, Iron Fist and Luke Cage.

Invaders
The Invaders are a World War II team of heroes. They debuted in 1975’s The Invaders #1. The team includes Captain America, Namor and Bucky Barnes, later the Winter Soldier.

The Ultimates
The 616 Ultimates debuted in Avengers #0 in 2015 after the Secret Wars event. Their membership included Captain Marvel and Black Panther.

A-Force
After an alternate universe version appeared in Secret Wars in 2015, the 616 version debuted in A-Force vol 2 #1 in 2016 with a roster including She-Hulk, Medusa and Captain Marvel.