Squirrelguy Posts: 750 ★★★
March 1 edited March 2 in Suggestions and Requests
I realize that there are more important things for Kabam members to be doing, but if it would be possible sometime, I think this would be a fun idea. 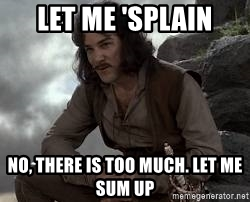 I don't know how much data they can actually access like this, but I think it would be super cool if they could either do a one-time post, or maybe even once-a-month post a list of statistics about the community. Some possible interesting (to me at least) stats include but are not limited to:
Number of accounts in each progression level,
number of overall fights attempted,
average number of crystals opened,
average highest team ratings for each progression level,
number of revives used/day,
number of units spent,
number of units earned,
quest fights completed vs. arena fights completed,
number of accounts that actively participate in AQ/AW,
Most common champions taken to 6* Rank 3,
most common champions never ranked up past rank 1,
etc.

Feel free to tell my why this is or isn't possible, or what stats you would be interested in seeing for the entire Battlerealm.
Post edited by Kabam Ahab on March 2
0
Sign In or Register to comment.