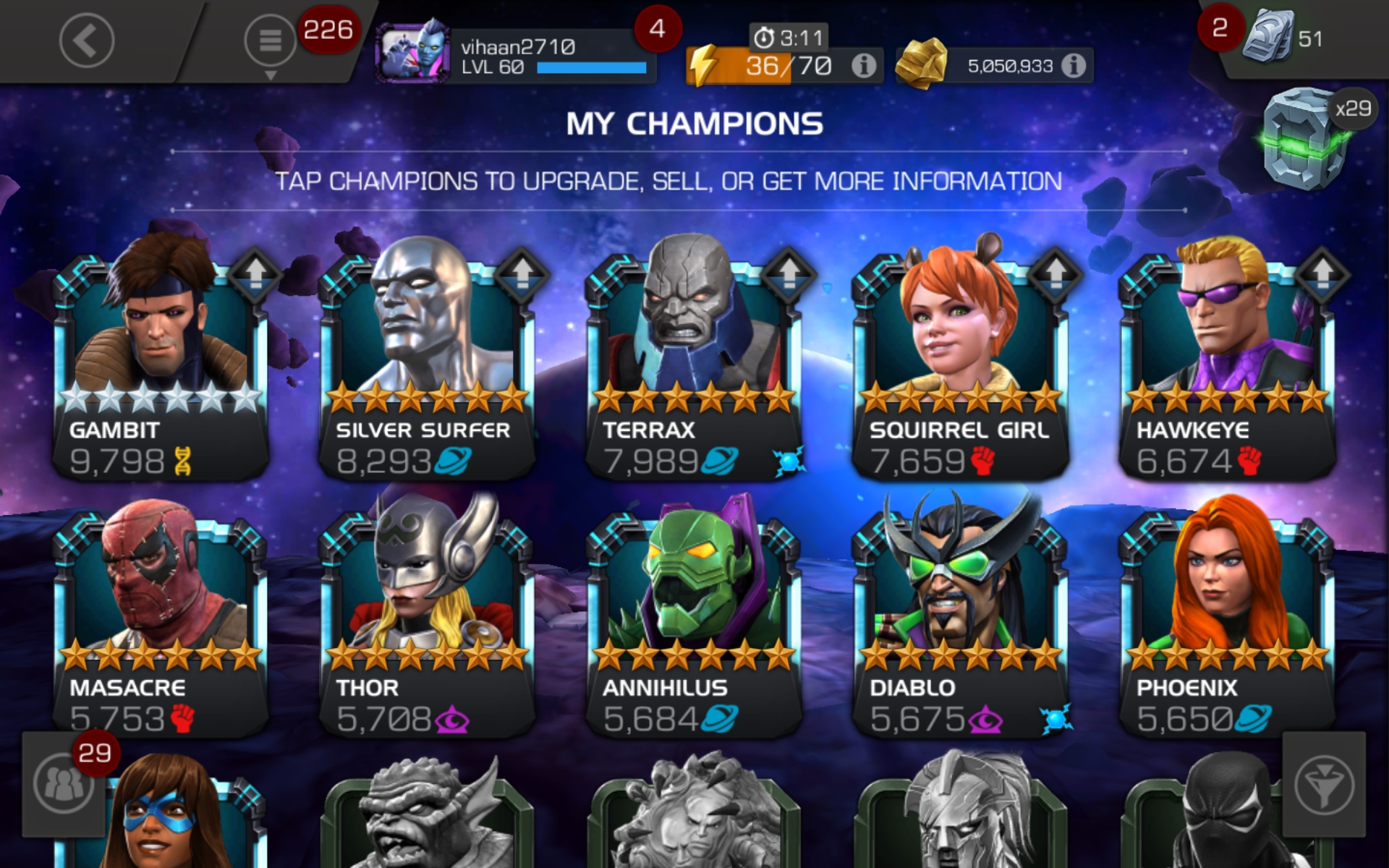 Pulled 6 star Massacre as my 11th (13th technically) 6 star. Gambit is sig 40.
So, thoughts on my 6 star roster? Would consider this just above average.