An ally mate posted this screenshot

Riptide Posts: 1,332 ★★★★
March 16 in General Discussion
These are regular arena crystals. Ouch. I have gotten more units from 10 than this. 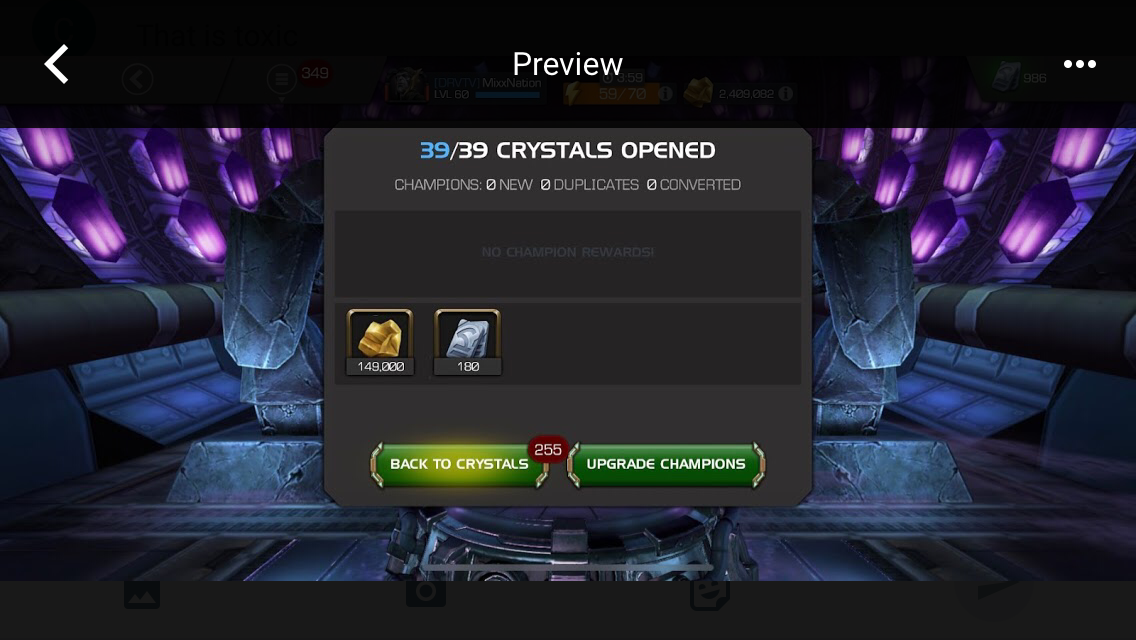