Mattstafari Posts: 444 ★★★
March 26 in General Discussion
I'm a pretty middle of the road player, can intercept inconsistently and have a decent roster but this fight was a real challenge.

I used Aegon, Mags, CMM, Ghost and Doom.
I took the tenacity path and tried to ramp up Aegon as much as possible - Phoenix, Hela, Angela and Sentinel. Mags handled the Annihilus and Doom was great for Arkus. Ghost wasn't any use I should have checked the GM details but, I watched videos on the phases and fight.
Got to the Grand master with a 185 combo on Aegon and felt pretty good going in.

Phase 1 - this wasn't too bad I'd done a couple of practice runs and understood how the challenges worked. I managed to get him down to 80% before losing all my champs.

Phase 2 - this was a bit more tricky, just long winded and slipping up on the challenges and not managing to get him to throw the sp1 was annoying. When I could get a nice flow i was getting 10% or more off of him per revive. 10 revives ish

Phase 3 - this wasn't as bad as I thought it would be. Having had a bit of an annoying time with phase 2, I found the challenges here a bit easier and he threw the sp1 more often. The reverse controls weren't too bad either, I was just a bit slow going in when he was wounded. 3 revives maybe.

Phase 4 - I expected this to be harder, I slipped up first try and did a 4 combo on the intercept and got smashed, second try and after 2 intercepts I had my sp3 and the win!!

I was really unsure what to pick for my t5cc. I've got just over 25% of mystic but, my only mystic is Thor JF. Next highest is cosmic and I have Angela and Terrax who are both decent so I decided to go for that.

My nexus had sasquatch, cosmic ghost rider and doc oc.

I tried to get that cool pic of the Grand master getting smashed but, it didn't quite work out.

All in all, it was a fun fight, sweaty and nerve wracking at times but, good fun. Aegon was easily my MVP, Heimdal on the team instead of Ghost would probably have saved me some revives but, it's all good. 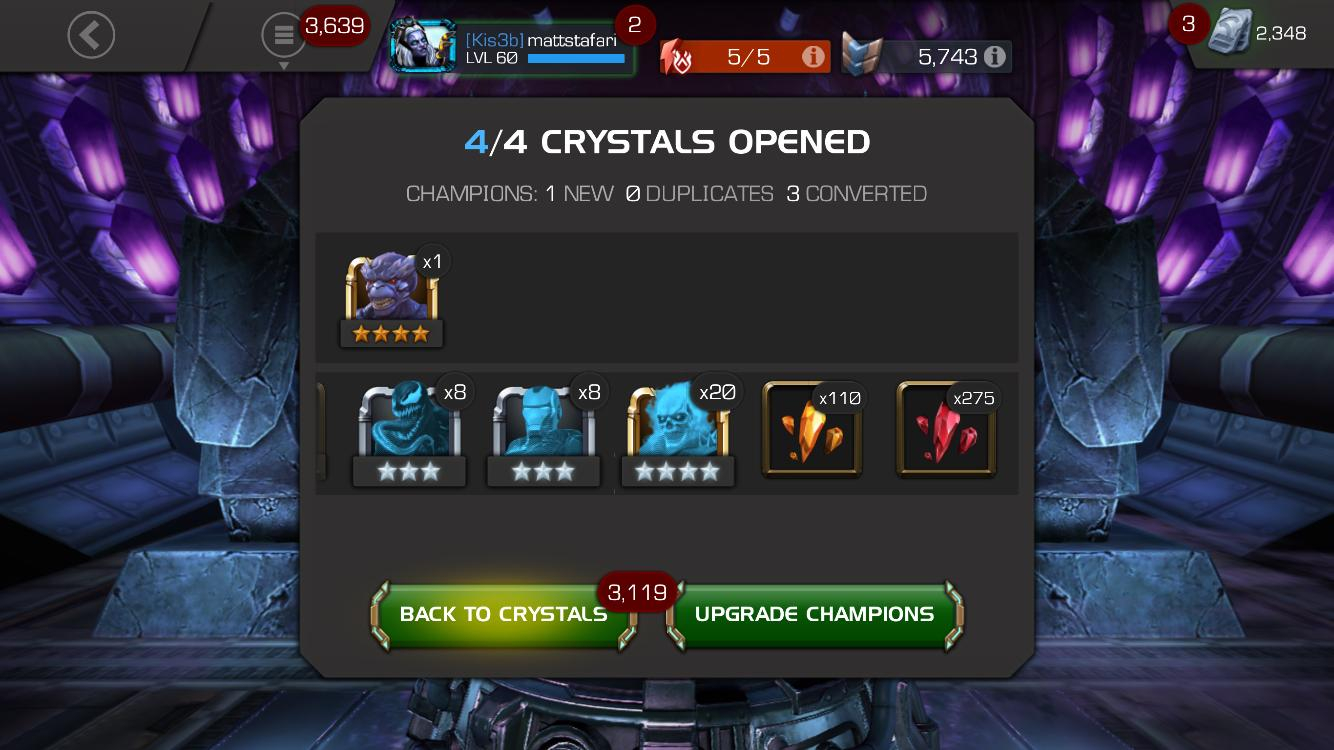 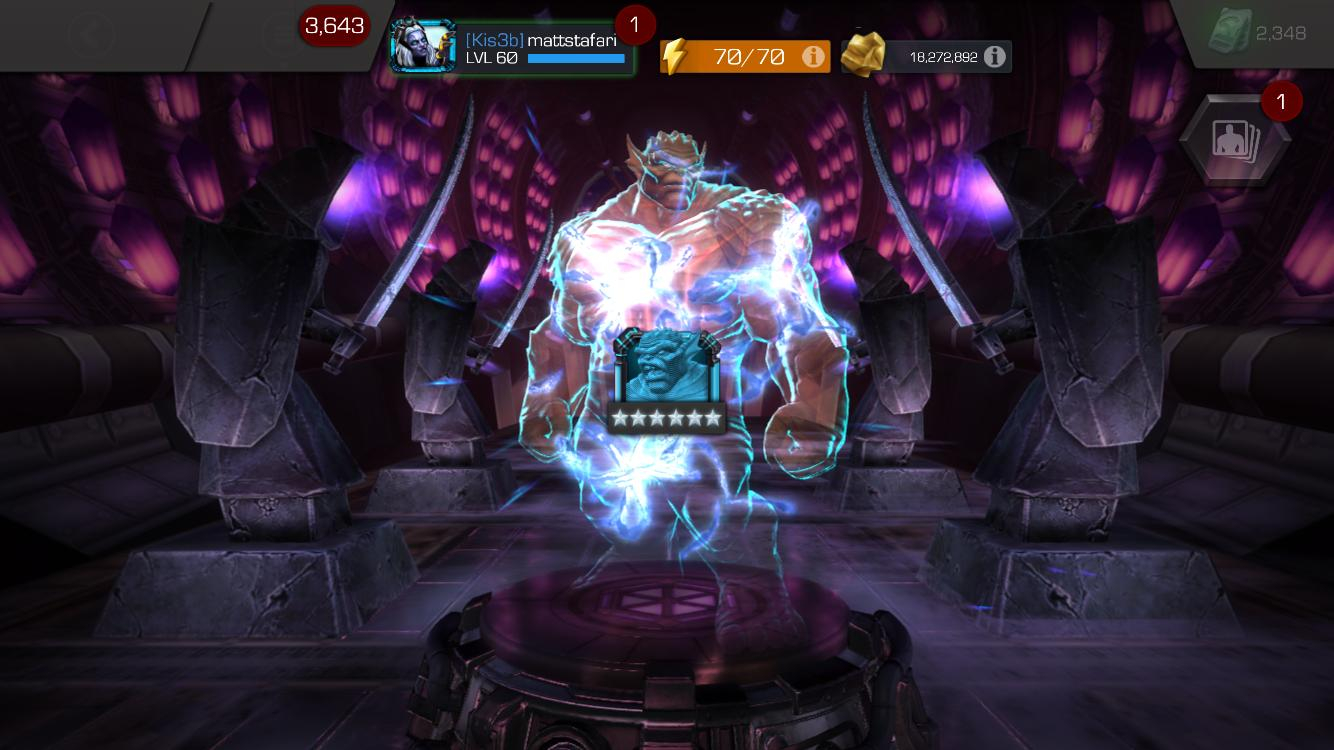 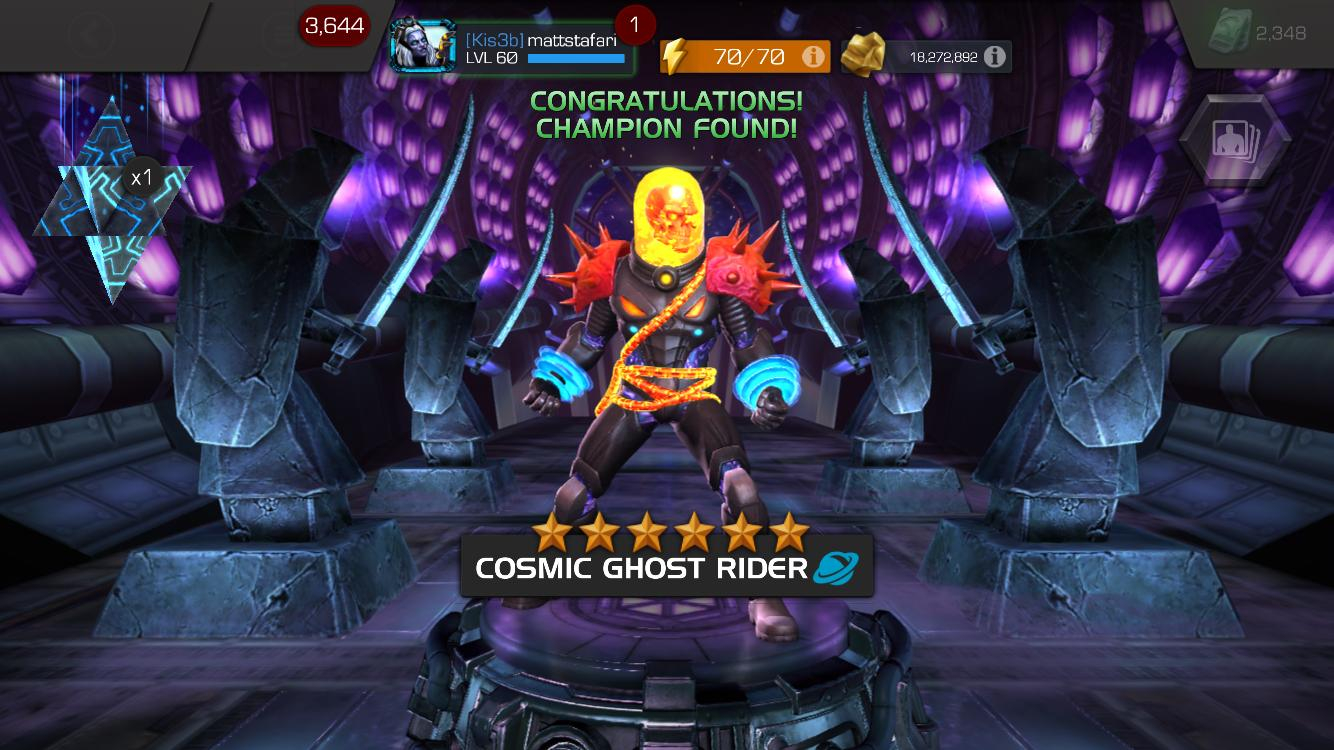 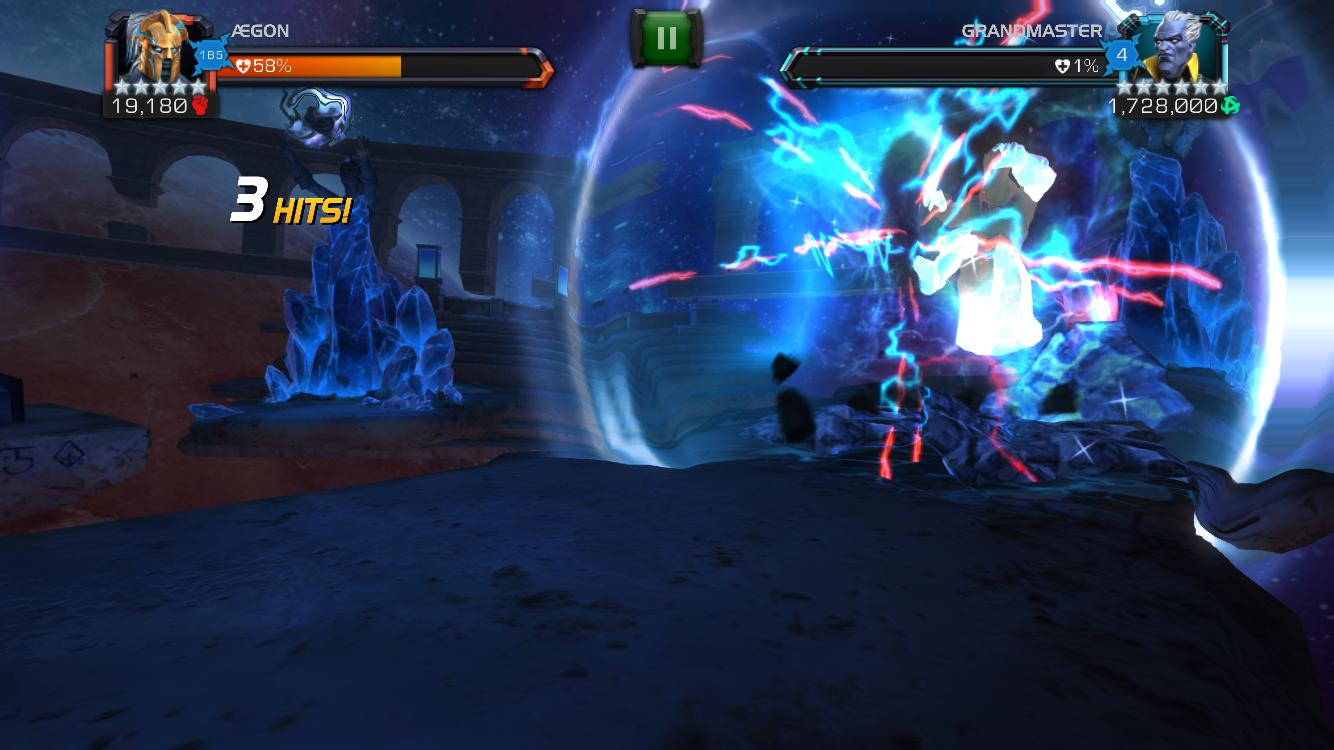 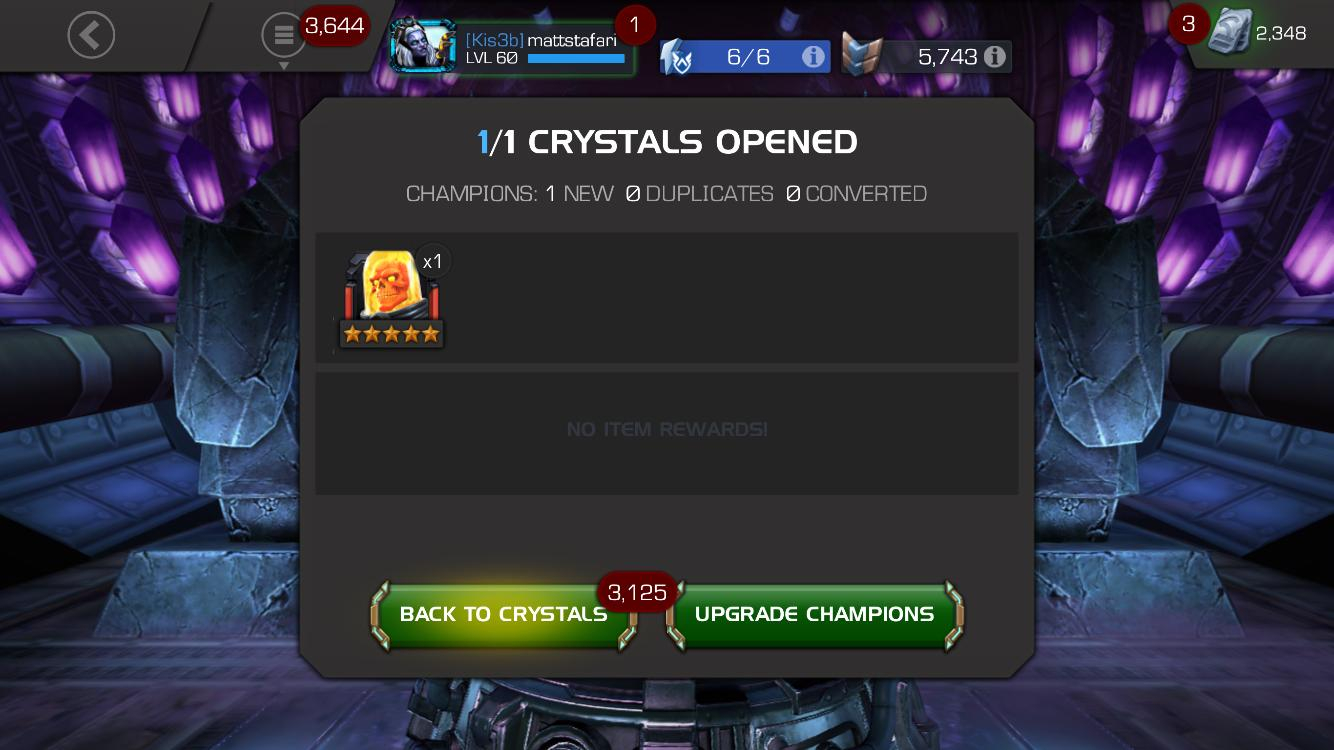