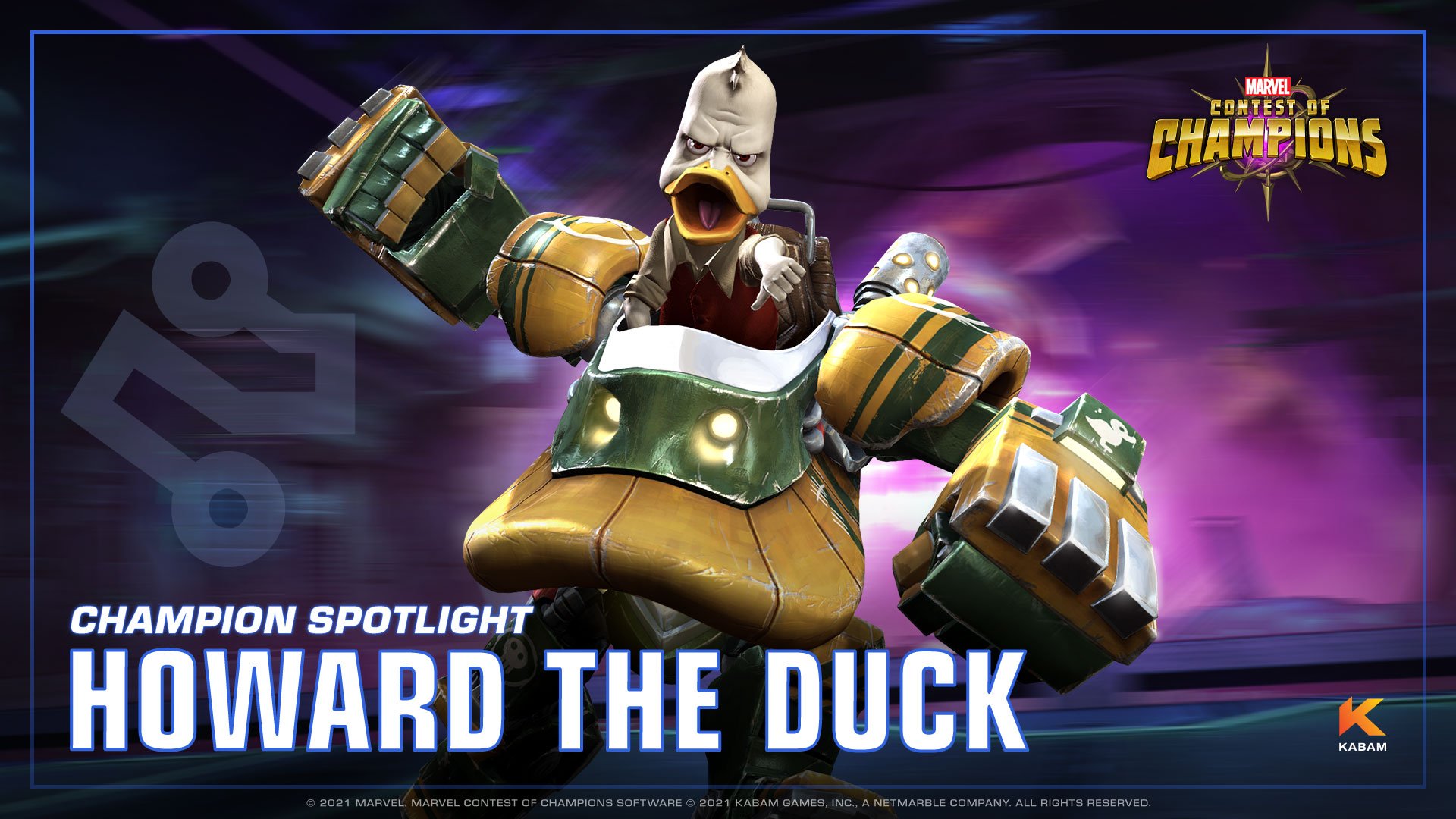 About Howard the Duck
When Howard was whisked away from his detective agency in New York City to the Battlerealm, he didn’t know what to expect. He certainly didn’t expect to be shoved into some back warehouse, organizing the Collector’s Crystals all day. Well, an insult like this won’t just run off this duck’s back. He’s “borrowed” a spare ISO-Loader, made some upgrades, and attached an old friend; his famous Big Freaking Gun. It’s time for Howard to introduce these so-called Champions to the ultimate fighting style of his home universe, Quack-Fu!

Howard the Duck is all about the long game. His Fury, Armor Break, Suppression and Heal Block abilities drastically reduce his Opponent’s survivability, while his Dormant Armor grants longevity-boosting Armor Up Buffs. Itchy block finger? Howard’s MASH! ability rewards the skilled and unskilled alike by improving the aforementioned abilities through the ancient art of button mashing. Howard’s Signature Ability further improves upon his survivability by improving Critical Resistance and reducing incoming Debuff duration.


Always Active Developer’s Note: The key to Howard's new kit is paying attention to how his abilities fall off now. All of his effects falling off one at a time means stacking his effects makes them more potent, it also effectively increases the duration of each effect as well.


Button Masher Extraordinaire Developer’s Note: Summon your inner masher. I’ve found the best way to mash is to rock the device back and forth in your hands

Before the Fight Starts While Either Champion is Stunned Developer’s Note: More Mash = more damage. Maybe I’ll just take the Encroaching Stun next time and grab some extra Fury.