MCOC Team Posts: 254Administrator∙Moderator ›
May 26 edited May 26 in Champion Spotlights 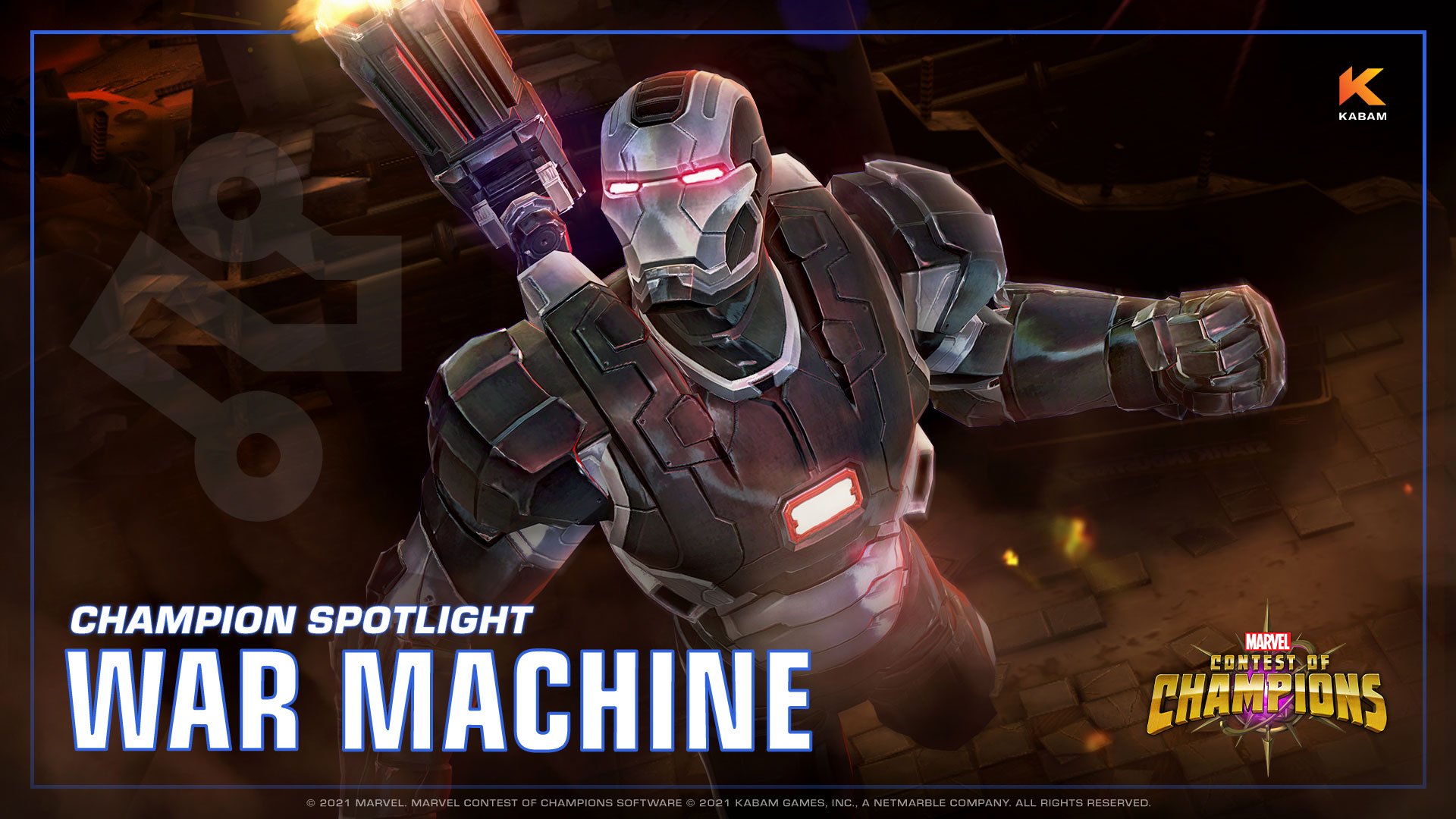 War Machine is back with an all new arsenal of tools ready to fight! Brand new Pre-Fight abilities to juice up him or his other Tech Teammates will help you tackle some of the toughest challenges the Contest has to offer. When you’re using War Machine yourself, stack up Armor Breaks, get some Fury from your Special 3, and deal some great Damage over Time damage with War Machine’s Special 1. Make sure to refresh both the Armor Breaks and his Rupture Debuffs with War Machine’s Heavy Attack!


Always Active: Persistent Charge - Max 5 Armory Boosts - Pre-Fight Ability Dev Notes: War Machine’s Pre-Fight provides great utility for different spots around the Contest. I love using the Cleanse Charges in a matchup where I know there will be some Debuffs I need to get rid of ASAP!